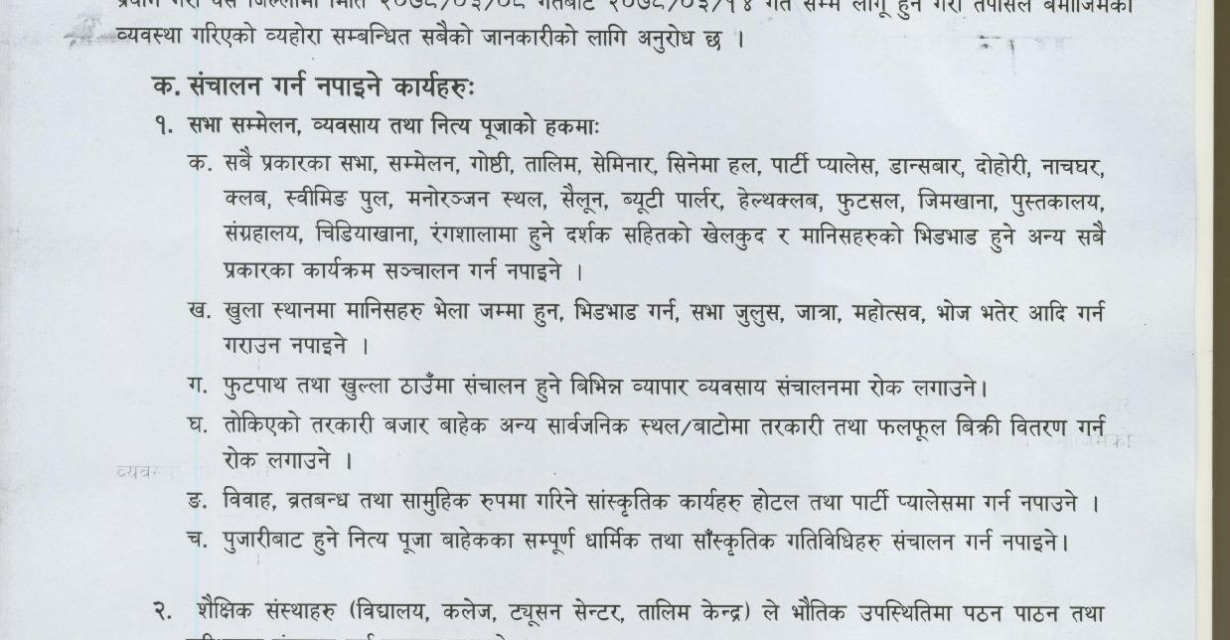 A meeting of Chief District Officers (CDOs) of Kathmandu, Bhaktapur and Lalitpur has decided to extend the ongoing prohibitory order for another week with some relaxations.

The meeting of the District Administration Offices (DAOs) of the Kathmandu Valley, held today at 5 pm, has decided to allow private vehicles to ply the roads with odd-even rule system.

Meanwhile, several shops that were earlier not allowed to operate would be allowed to open and conduct business systematically on basis of schedule, by following the safety protocol.

Taxis will also be allowed to operate, however, public transport will not operate for the time being.

All these shops will, however, be allowed to operate from 11 am till 4 pm only.

The grocery shops and departmental stores is scheduled to open till 11 am. The opening hours of food, fruits and vegetables are also the same. 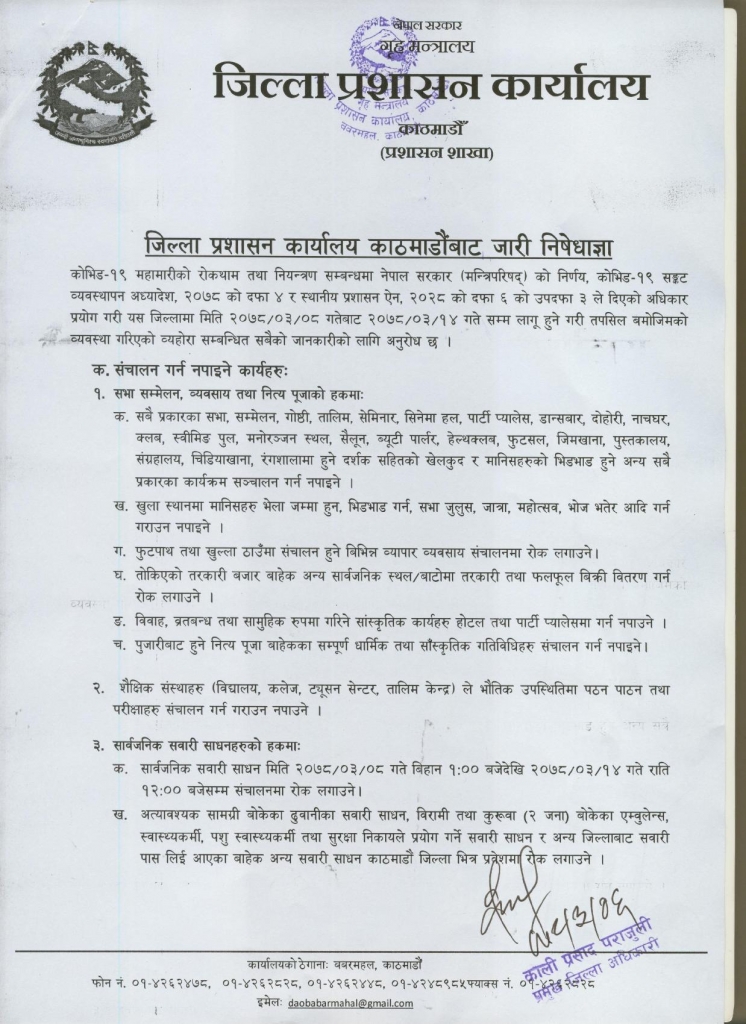 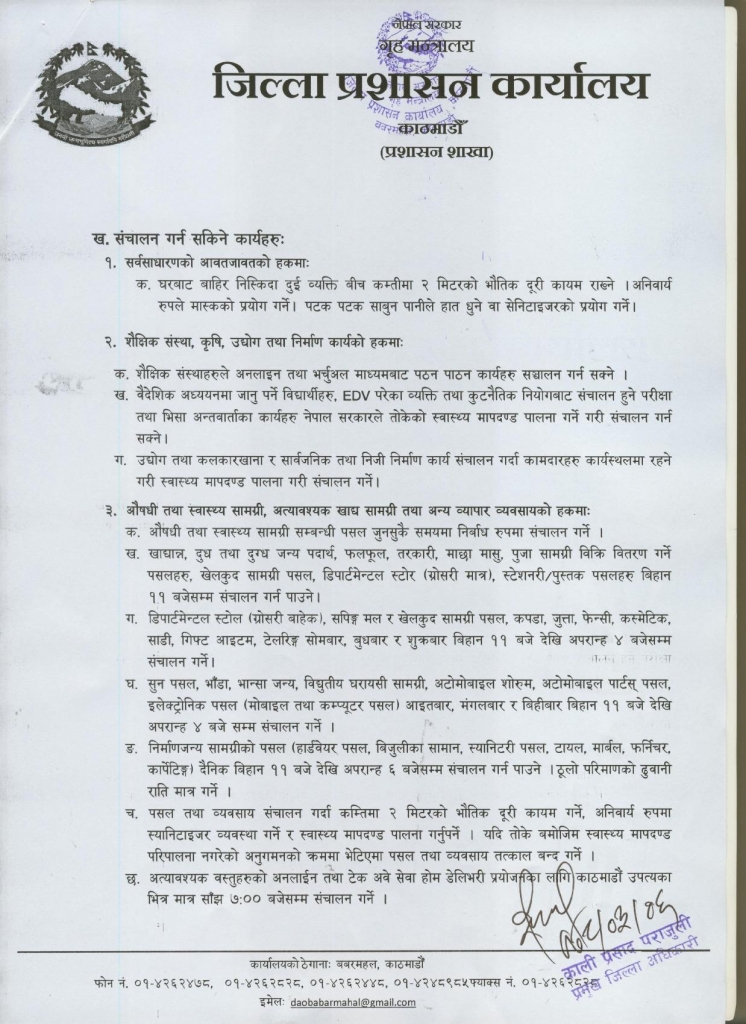 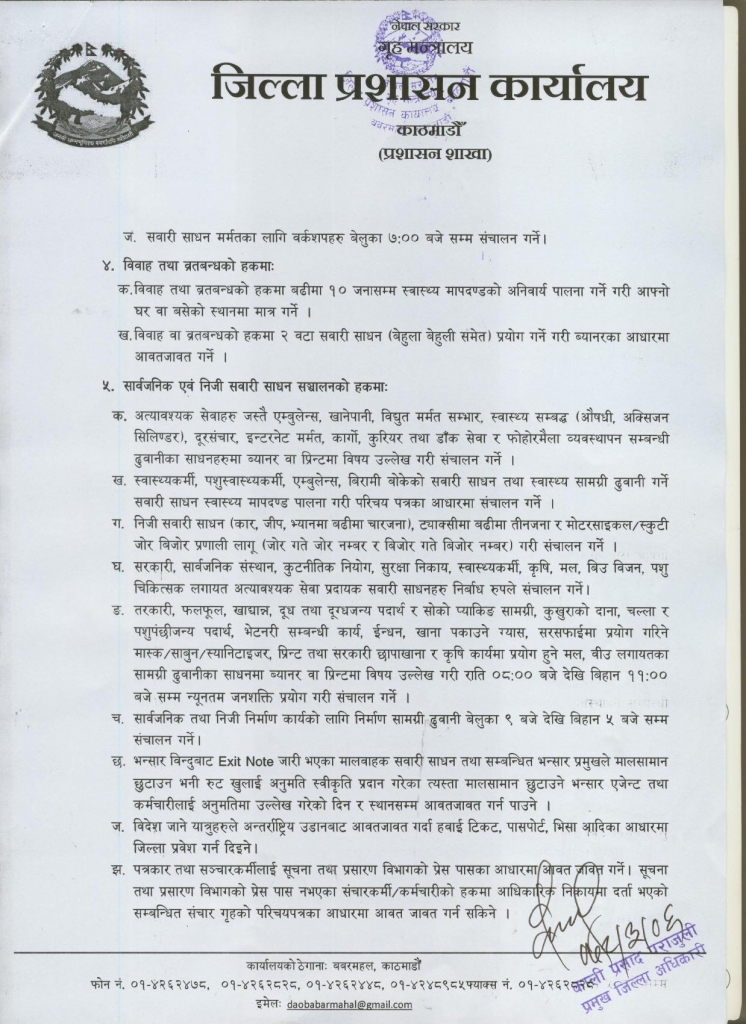 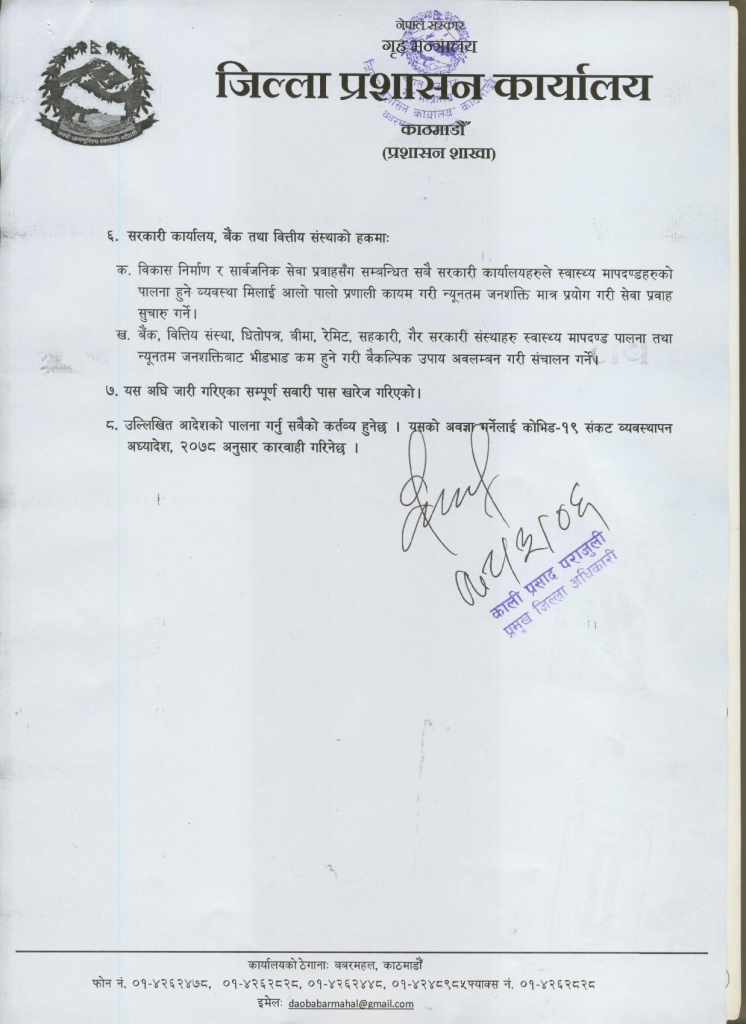