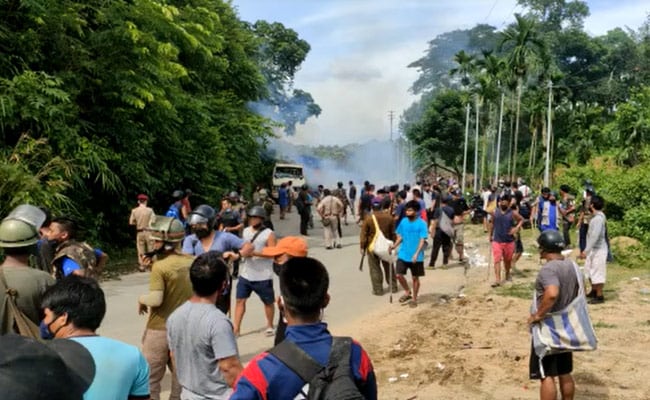 At least seven people, including six police officers, were killed and more than 70 hurt on Monday in clashes between two Indian states, a senior politician said, as a weeks-long territorial dispute in the country’s northeast turned deadly.

Tensions on the border between Assam and Mizoram have been elevated since last month, when Assam’s police allegedly took control of the hilly area of Lailapur, accusing Mizoram of encroaching on the territory.

In a statement, Assam accused Mizoram of building a road destroying a Reserve Forest area in Lailapur and setting up an armed camp.

The state said their police forces were attacked by miscreants and later, the Mizoram police when they went to resolve the situation.

The violence highlights the long-standing inter-state boundary issues in the region, particularly between Assam and neighboring states.

“We have lost six of our policemen and a civilian along the Assam-Mizoram border when miscreants from Mizoram opened gunfire,” Assam Chief Minister Himanta Biswa Sarma said.

He tweeted that “clear evidences are emerging” that the Mizoram Police used Light Machine Guns against the Assam Police personnel. “This is sad, unfortunate and speaks volumes about the intention and gravity of the situation,” his tweet read.

In response, Mizoram’s home minister, Lalchamliana, said in a statement Monday’s violence began when Assam police encroached on its territory, calling the casualties on both sides “regrettable”.

The two state heads, Assam’s Sarma and Mizoram’s Zoramthanga have each blamed the other side for the violence, appealing on Twitter for India’s interior minister Amit Shah to intervene.

Both shared videos of clashes on a thin strip of road running through hills where armed police and civilians can be seen fighting with wooden batons.

Prime Minister Narendra Modi’s Bharatiya Janata Party (BJP) is in power in Assam, while the Mizo National Front (MNF), a constituent of the BJP-led North East Democratic Alliance (NEDA), is ruling in Mizoram.

The violence took place two days after Shah met chief ministers of the country’s seven northeastern states. According to local media, Shah spoke to Sarma and Zoramthanga and asked them to resolve the border issue.