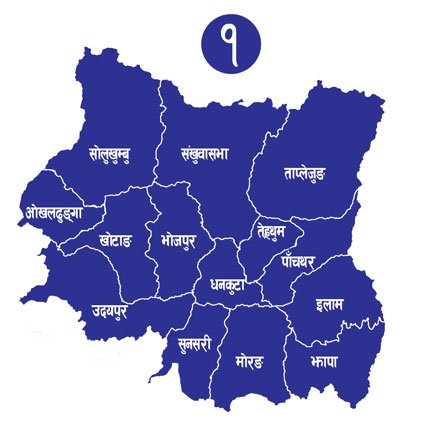 Local level health officials have said that PCR testing for the detection of coronavirus infection has been affected in the several districts of Province-1 after testing came to a grinding halt at most of the laboratories in the province.

On Tuesday, the Itahari Sub-Metropolitan Municipality issued a notice stating that conducting tests has been affected in the municipality.

Similarly, Damak Municipality has stated that it has not yet received the reports of the samples sent for test about 10 days ago.

The chief of coronavirus health official team of Jhapa, Jeevan Chaulagain, said that PCR testing was affected as the laboratories had refused to take samples.

“We sent some samples yesterday but the laboratory has said not to send any samples today as well as tomorrow,” Chaulagain said.

According to Chaulagain, several districts haven’t been able to send samples to Koshi Hospital as the provincial public health laboratory is not able to conduct the test due to the large quantity of samples they receive on a daily basis while the lab at BPKIHS is taking fees for PCR tests.

The lab of Mechi Hospital Bhadrapur has been closed since several days as the reagent provided by the government is not matching with the equipment to conduct PCR tests.

Chaulagain informed that the lab at Kankai Municipality had asked them not to send any more samples as they already had pending samples to be tested.

Om Khadka, corona focal person of Birtamod Municipality, informed that the PCR test results of 35 people living in the quarantine of the municipality is pending.

“There is 10 times more demand for PCR tests than the current capacity to conduct the tests, but the labs have asked not to send anymore samples for the time being,” Khadka said.