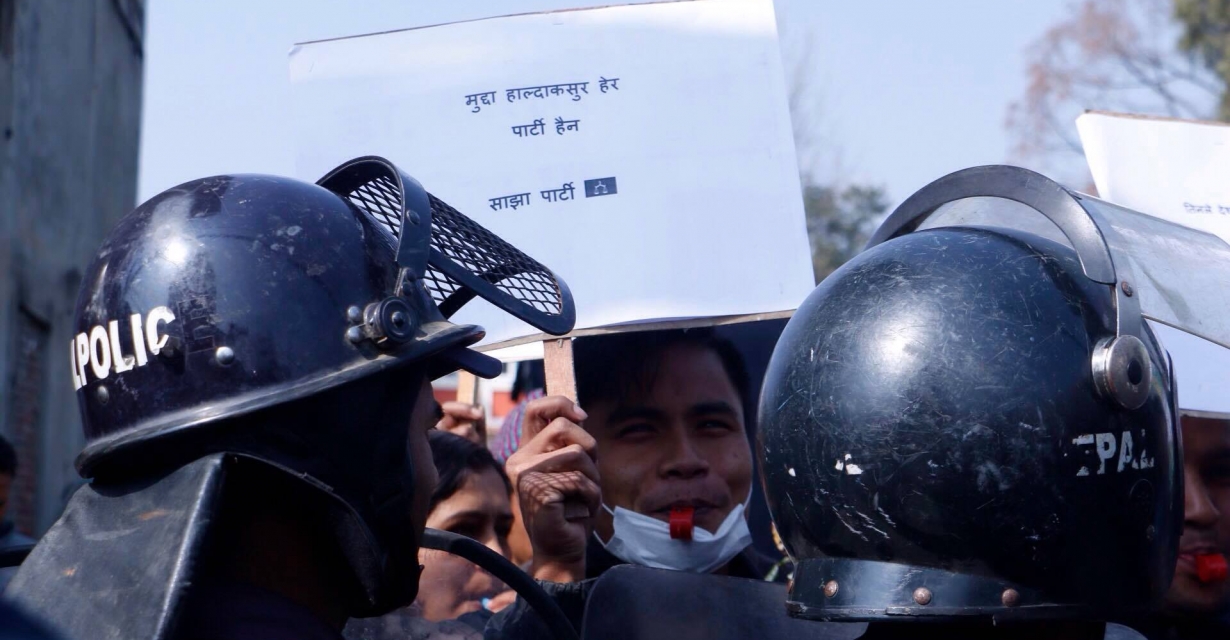 Police today arrested the cadres of Sajha Party who were protesting in front of the Commission for the Investigation of Abuse of Authority’s (CIAA) building in Kathmandu.

The cadres were protesting against CIAA’s move to acquit some leaders of the ruling Nepal Communist party despite their involvement in the infamous Lalita Niwas land grab scam.

CIAA yesterday filed a charge-sheet against 175 individuals at the Special Court, accusing their involvement in illegally registering Lalita Niwas land in the names of various individuals.

Senior Nepali Congress leader and former deputy prime minister Bijaya Kumar Gachchhadar is among other bigwigs indicted in the case.

Several opposition parties have expressed their concern over CIAA’s move to save some NCP leaders.

At today’s demonstration, Sajha Party cadres said the constitutional body (CIAA) was being biased and politically motivated. The party has demanded that no one involved in the land scam be spared. 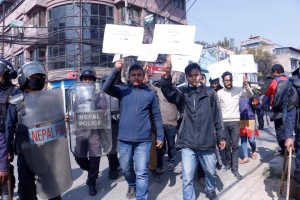 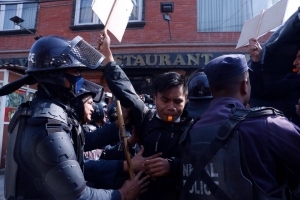