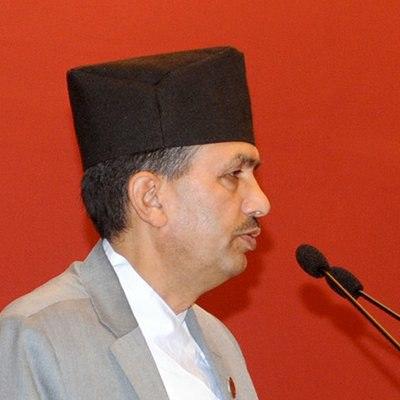 Minister for Health and Population, Bhanu Bhakta Dhakal, has said that Rs 9.87 billion has been spent by all three levels of government for the prevention and control of coronavirus infection.

In a meeting of the House of Representatives on Monday, Minister Dhakal presented the details of the expenditure incurred by the federal, state and local governments for the control of coronavirus while answering the questions raised by the lawmakers at the parliament regarding the ministry-allocated programs and budget.

Out of the total expenditure so for the prevention and control of coronavirus infection, Rs 2.76 billion has been spent from the local level, Rs 1.8 billion from provinces, and Rs 6.3 billion from the federal government, said Minister Dhakal.

The government had earlier said that it had spent a total of Rs 10 billion.

He said that Rs 6.3 billion has been spent on Covid-19 Crisis Management Committee (CCMC), Ministry of Health, and other related works.

He said that the transportation cost, as authorities have to travel far for contact tracing and ferrying the infected to the hospital as well as other work expenses have also been included.

He said that anyone can look into the government’s expenditure after completing due procedure.

He said, “Rs 2.92 billion has been spent for the purchase of materials by the Ministry of Health. Since all works are done by state bodies, they are transparent and are accessible to everyone.”

Dhakal also clarified that RDT tests are being conducted regularly to find out if an infected person has antibodies that could fight the virus.

Lawmakers have been demanding an end to RDT tests and an increase in PCR testing, stating that RDT tests were not recommended by the World Health Organization.

Minister Dhakal assured that the government is planning to increase PCR tests and the process to purchase large machines for PCR tests has been started in all seven states for the same.

Minister Dhakal also claimed that Nepal has secured a good position in Asia in regards to the rate of coronavirus spread. He said, “In Asia, we are in a very good place as compared to India. We will be second only to Bhutan in a few days.”

According to the lawmakers, Tarai has become an epicenter of coronavirus and there is a shortage of PCR testing machines in the area, to which Dhakal replied that the risk of coronavirus was not high in Tarai for its geographical location but the risk of infection was seen in places where many people are coming from outside.

He added that the new lockdown modality will be designed so as to facilitate people’s lives on the basis of the criteria set by health standards.