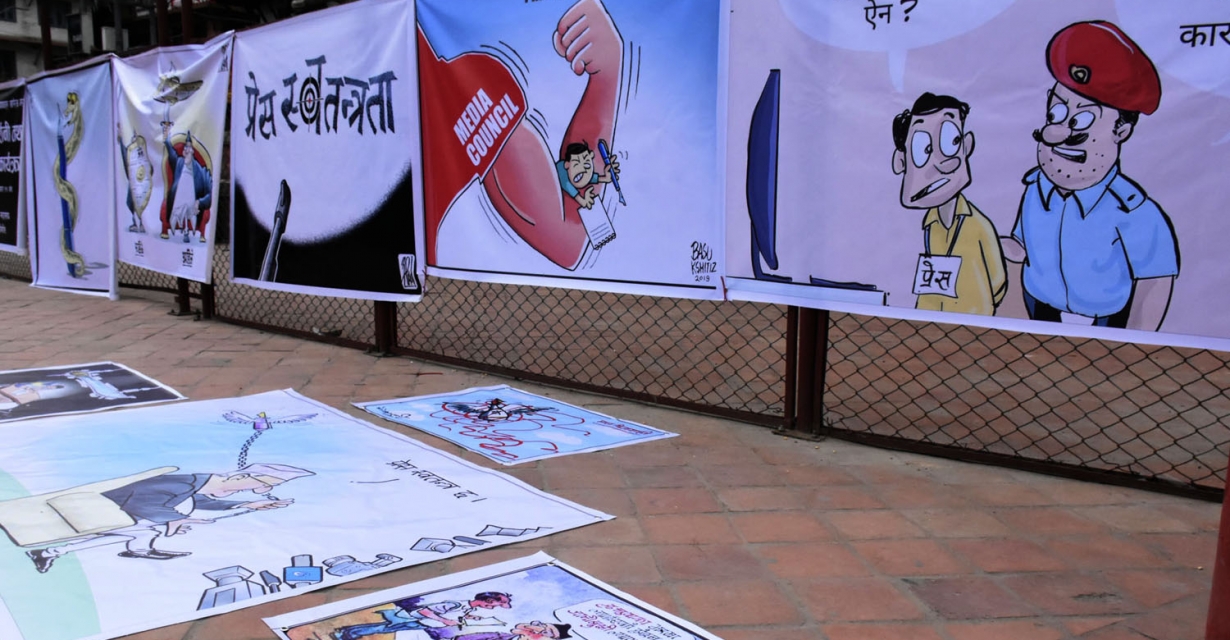 A committee of the Federal Parliament has agreed to remove all provisions related to punishment from the Media Council Bill.

The Legislation Committee decided to remove the provisions and endorse the bill for further discussion at the House of Representatives.

With the change, the proposed press council will be authorized to only recommend action but not punish, according a committee member.

Earlier, the government had proposed a fine between Rs 25,000 to Rs 10,00,000 (one million) to journalists, media houses and publishers for violating the proposed law.

Journalists and information rights activists had been protesting the bill, saying it was against the spirit of press freedom.

Media Council bill and the stringent provisions in it have raised fears of more restrictions on press freedom, as the existing laws are already being used to stifle journalists and the media.

Minister for Communications and Information Technology, Gokul Baskota, had lately hinted at relaxing the provision related to punishment in the bill.

The Legislation Committee is likely to endorse the bill today itself.