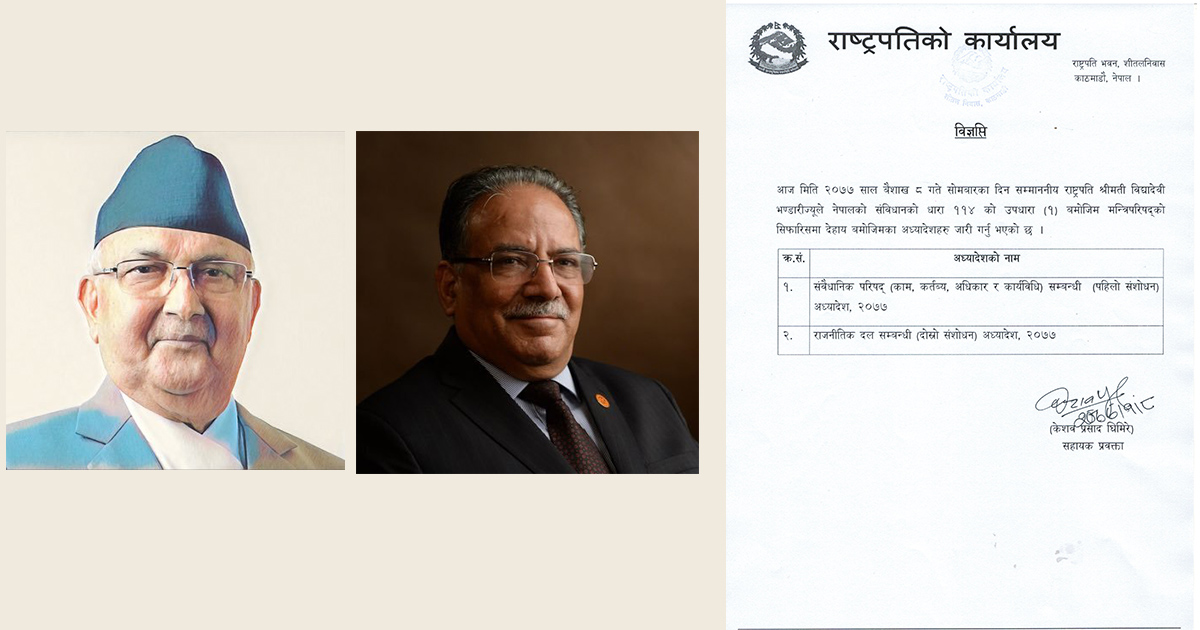 President Bidhya Devi Bhandari has promulgated both ordinances put forth by the Council of Ministers on Monday, 20th April, 2020.

As per Article 114 (Provisions Relating to Ordinance), Section 1 of the Constitution of Nepal,

If, at any time, except when both Houses of the Federal Parliament are in session, circumstances exist which render it necessary to take immediate action, the President may, on recommendation of the Council of Ministers, promulgate an Ordinance.

The Council of Ministers had put forth two ordinances, and sent them to the President’s Office for approval.

The ordinances were as follows, and have been signed into effect:

The first ordinance allows the Constittutional Council to convene meetings and take decisions without the presence of the opposition leader, i.e Sher Bahadur Deuba of Nepali Congress. It is important to note, PM Oli, in November, 2019 had proposed an ordinance to change provisions in the Constitutional Council – so as decisions could be made on the basis of a simple majority instead of a consensus.The Constitutional Council recommends several important positions including chief justice and heads of diplomatic missions.

The second ordinance was aimed at easing the procedure to break the current political party. As per the law, to split a political party, a 40 percent majority in both parliamentary party and central committee is required, however the ordinance allows the party to break with a 40 percent majority in either parliamentary party or the central committee.