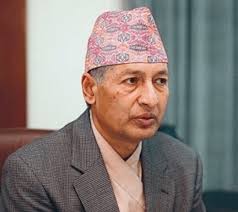 Minister for Finance as well as the government’s spokesperson Yubraj Khatiwada has informed that preparations were underway to reopen schools from August 18.

He added that schools could resume the annual admission process from next month. Khatiwada said that the Ministry of Education, Science and Technology will come out with a detailed work plan for school resumption.

According to Tulasi Thapaliya, Director General at the Centre for Education and Human Resource Development, the work plan will be made public within the next two days.

Though over 5,000 schools across the country were turned into quarantine and isolation centres in the past four months, only around 2,000 schools are currently being used to quarantine people, according to the Centre.

The government, however, has not yet decided when regular teaching-learning activities can resume within the school/college premises.

Meanwhile, public health professionals and guardians suspect that the government’s such decision amid a spreading pandemic could be risky.

At present, some educational institutions have been conducting classes virtually through online, radio, and television.