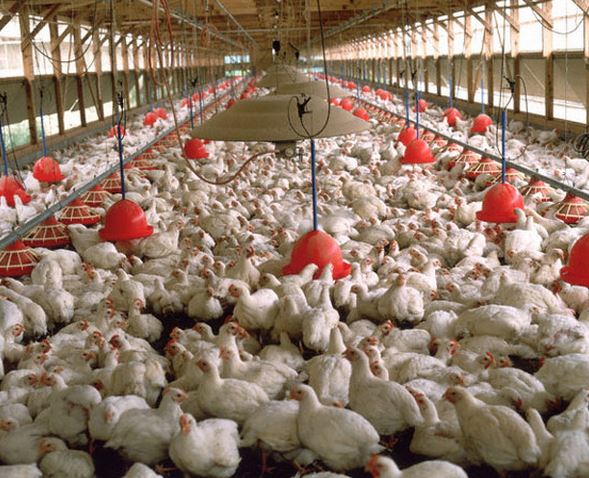 Poultry farmers yesterday protested outside the building of Department of Commerce, Supplies and Consumer Protection (DoCSCP) accusing the authority of not taking action against hatcheries and feed factories for hiking prices.

Two months ago, the Nepal Hatchery Industry Association (NHIA) destroyed more than 6 million chicks and halted production for 10 days, in a bid to increase the prices of eggs and chicken. The Association has also doubled the price of chicks from Rs 35 to Rs 70 per unit.

Poultry farmers are now claiming that they are not getting the price for chicken in line with the price hike.

The cost price of chick was raised by five rupees per unit on January 24 from Rs 35 to Rs 40 per unit. The very next day, NHIA set the chick price at Rs 50 per unit.

Again on January 28, the price of chicks soared to Rs 60 per unit and finally settled at Rs 70 per unit on February 1.

Despite the arbitrary hike in price, authorities concerned have turned a deaf ear to the matter. Meanwhile, Netra Prasad Subedi, director general of DoCSCP, yesterday assured that the department is investigating over the unreasonable price hike of chicken.

Bishnu Khadka, coordinator of the Farmers Struggle Committee, submitted a petition expressing their demands to the director general of DoCSCP. Though the DoCSCP had initially pledged to take action against traders for raising the price of chicken, it did nothing when the prices were actually inflated.

“An investigation over recent price hike of chicken is ongoing at the moment,” Subedi said, “If the investigation proves a connection between the industrialists’ protest and price hike – we will take action against the wrongdoers.”