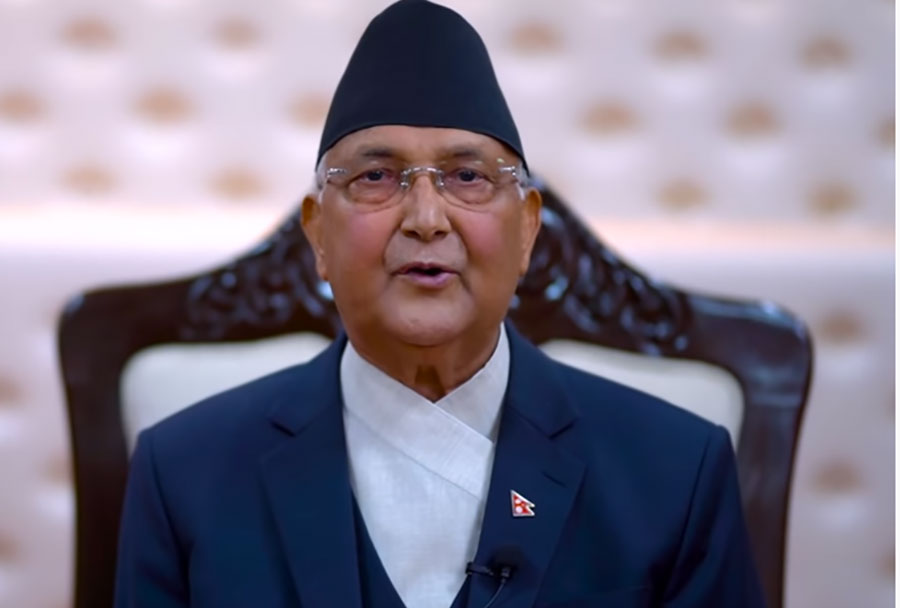 In his address, third in the last two months, the prime minster vowed to rescue Nepali migrant workers stranded abroad on the basis of their emergency status. Oli, however, failed to share how and when the government would be able to do so.

Only last week while addressing the parliament, Oli had said that it was impossible to bring in more than 4,000 Nepali migrant workers from abroad amid a global pandemic. Oli had also claimed that the Indian virus was more dangerous than the Chinese or Italian ones.

In the same address, he had claimed that an influx of migrant workers entering Nepal from India had tested positive for Covid-19 and those people had contributed in spreading the virus in Nepal.

Yesterday, Oli said that Nepalis migrant workers were entering into the country from India without being tested and added that such tendency had contributed to the further spread of coronavirus.

He cited WHO’s protocol that says ‘those returning home should undergo mandatory test before crossing the border in order to prevent community spread’ to back his blame.

He, however, failed to acknowledge that Nepali migrant workers coming from India have been mistreated by the state itself at poorly-managed Nepali quarantine facilities, while hundreds have been sent home without being tested and other hundreds are running away from the facilities due to the lack of tests and rife misinformation.

In his address yesterday, Oli said that plans are underway to test at least 2% of the total population. In doing so, the prime minster forgot how embarrassingly low the aspired target is and how more Nepalis have died due to the lockdown and government’s incompetence than the coronavirus.

Taking no blame and all praises for himself that too before anyone would hand it over is not new in case of the prime minister as he went ahead and suggested the public to follow five steps to ensure “healthy Nepal”.

His suggestions included, balanced and healthy diet, exercise inside homes for physical and respiratory fitness, maintaining hygiene to ward off the virus, ample rest, and finally maintaining high confidence to combat coronavirus.

Though morally assuring, there is no scientific evidence that the prime minister’s suggested steps — except for maintaining hygiene — help in curbing the spread of the deadly virus.