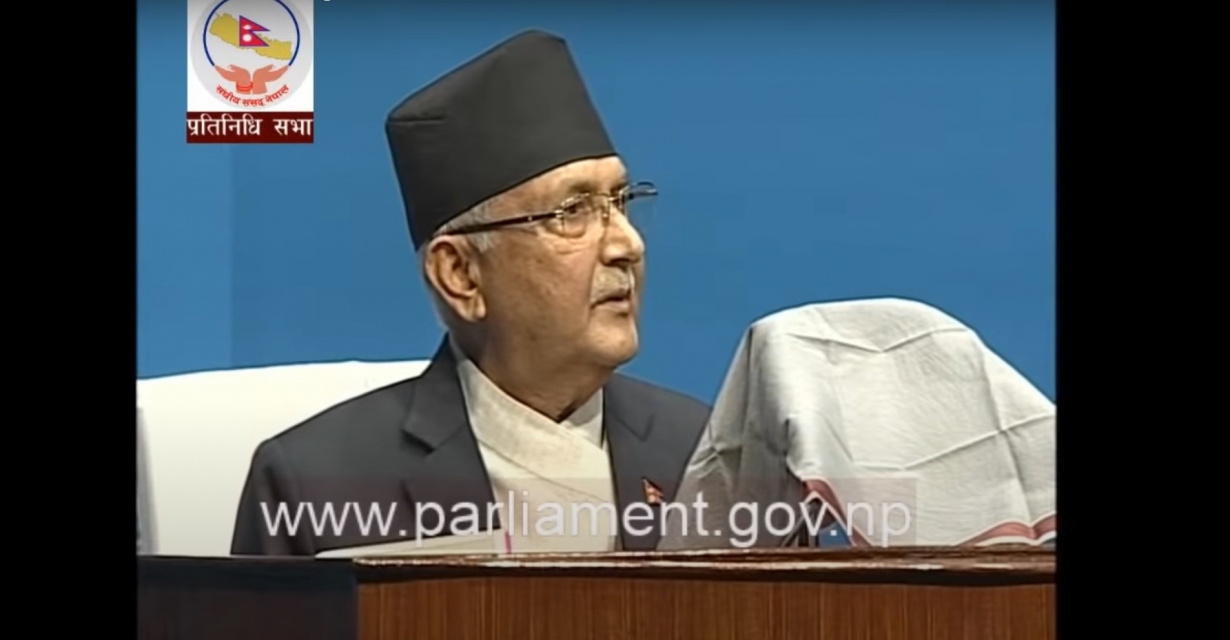 Answering to the questions raised by lawmakers in the parliament yesterday, Prime Minister KP Sharma Oli once again stood firm on tooting his own horn and defending his ministers.

He started his written speech with calls for maintaining national unity during testing times and thanked politicians for the same.

At a time when his government is being criticised for its failure to curb the spread of coronavirus and not using the lockdown period to prepare itself for the rising number of Covid-19 patients, Prime Minister tried to deflect attention from his government’s shortcomings by stirring up nationalist sentiments.

He said the political unity in unanimously passing the government’s proposal to amend the constitution so as to incorporate the newly released political map in the national emblem reflected national unity.

He went ahead and said that the current situation due to the rapid spread of coronavirus was absolutely unexpected and the government did not anticipate such a rise in the number of infection.

He further claimed 85 percent of the infected people had come from India and brought the virus with them when they entered into the country. He said had those Nepalis not been allowed into the country, we wouldn’t have a rise in number of infections.

It is important to note that the government itself is responsible of allowing unsupervised entry into the country from India at a time when international borders have been sealed for the past two months.

“Infected people did not catch coronavirus in our (jampacked and poorly-managed) quarantine centers, rather they brought the virus with them from India,” he said.

“Even gold is not considered 100 percent pure when we buy it, so how can you expect the government to work 100 percent efficiently. The government has been successful because not many people, as compared to other larger and powerful nations, have died due to Covid-19 in our country,” Oli retaliated in response to his government’s criticism for inept handling of coronavirus.

Answering to the lawmakers’ demand regarding the breakdown of Rs 10 billion expenditure, Oli was stern in saying, “This is not the time to ask for accounts, this is the time to fight the virus and we should focus on the same.”

Oli also said that Nepalis should not question about what the President and her office buys for themselves as it is none of people’s business.

Oli was also quick in defending his ministers accused of indulging in corruption saying, “I have repeatedly said that this government has zero tolerance for corruption and action will be taken again corrupt people if they are found guilty. But no one has been proven guilty till date and some people as well as the media is hell bent on depicting the government in a bad light.”

He also insisted that the 15 Covid-19 fatalities had not died because of coronavirus but due to their pre-existing diseases. “We are forced by the WHO standards to say that they died due to Covid-19, but just because they tested positive for the infection does not mean they died due to it.”

After over two hours of self-defence, self-praise, proving others wrong and declaring himself right, contradictory as well as false assurances, Oli also went on to make jokes about the general public’s lives and health, to which NCP lawmakers banged their desks in a show of agreement.

Oli was insistent that Nepalis have a strong immunity because “we drink water from the mountains, which is purer than mineral water, and use herbs with medicinal quality in our kitchens.”

At a time when scientists around the world are struggling to find a cure for the deadly virus, Oli urged the public to rely on ayurvedic and homeopathic remedies to ward off coronavirus. 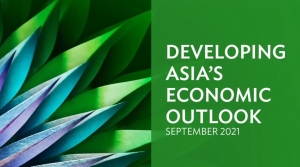