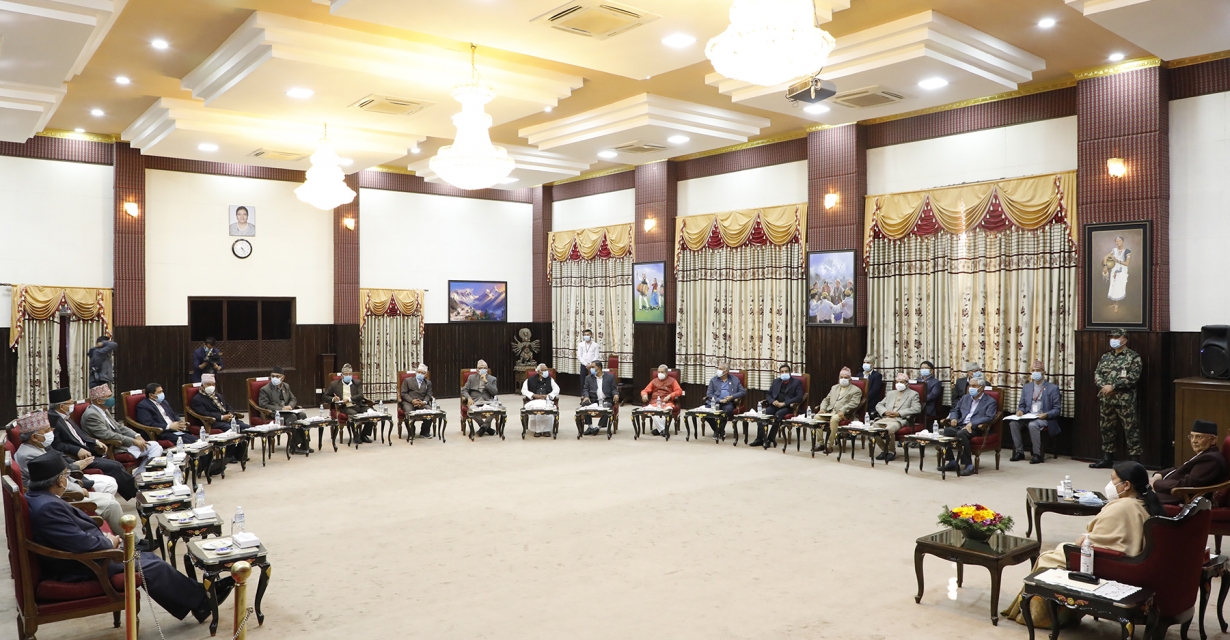 Prime Minister KP Sharma Oli expressed his intention to once again dissolve the parliament and go for snap polls if the government and the parliament fail to function properly in the days ahead.

PM Oli made such remarks at an all-party meeting held at the invitation of President Bidya Devi Bhandari at her official residence in Shita Niwas of Kathmandu yesterday. 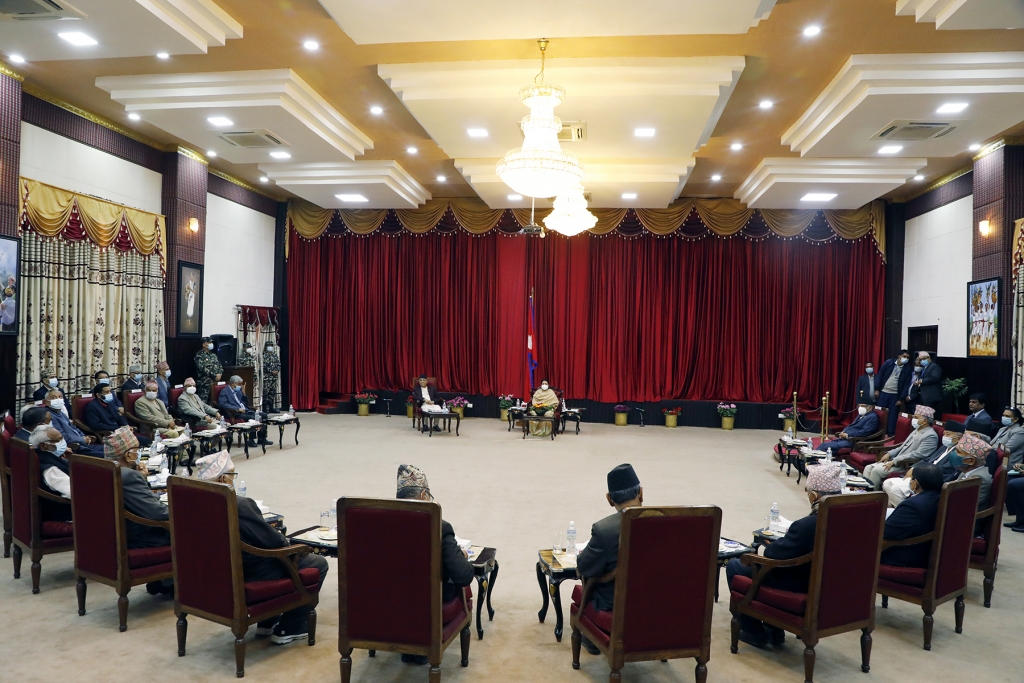 According to leaders who participated in the meeting, the Prime Minister defended his move of dissolving the House of Representatives, which was later scrapped by the Supreme Court terming it an unconstitutional move.

Oli also pushed the false narrative that Articles 76 and 85 of the constitution have provisions for House dissolution. He said that the government and the parliament could be dissolved again and it should not come as a surprise if political parties fail to run the parliament smoothly, informed a CPN-UML leader quoting the prime minister.

Meanwhile, when party leaders questioned President Bhandari’s role in the unconstitutional dissolution of the House of Representatives, the President said that she had simply abided by the spirit of the constitution.

Bhandari was of the view that she did not make any wrong moves by blindly supporting Oli’s decisions without experts’ consultation.

President Bhandai had called an all-party meeting yesterday ahead of her two-day state visit to Bangladesh from March 22 to 23 at the invitation of her Bangladeshi counterpart, President Mohammad Abdul Hamid.

But party leaders vocalized their criticism against Bhandari’s working style at the meeting saying she had endorsed Oli’s recommendation to dissolve the parliament without consulting stakeholders concerned.

They also said that both Oli and Bhandari were responsible for the country’s current political turmoil.

Nepali Congress leader Ramchandra Paudel said that the president had been ignorant towards consulting stakeholders before endorsing all of PM’s decisions made on personal whim.