A three-point Memorandum of Understanding was signed yesterday by both the parties after two rounds of talks were held on Wednesday and Thursday morning, after which Chand came to Kathmandu today. The memo was signed by Home Minister Ram Bahadur Thapa, coordinator of the government negotiating team, and Khadga Bahadur Bishwakarma, spokesperson of CPN (Maoist).

The same agreement was signed and made public at the agreement signing ceremony today.

1. Both sides, the Government of Nepal and the Communist Party of Nepal, have agreed to resolve the country’s political problems through dialogue.

2. The Communist Party of Nepal has agreed to conduct all its political activities peacefully.

3. The Government of Nepal has agreed to lift the ban on the Communist Party of Nepal (Maoist), release imprisoned party leaders and cadres of CPN, and dismiss all cases.

Ministers including Deputy Prime Minister Ishwar Pokharel were present at the signing ceremony.

Prime Minister KP Sharma Oli, during his speech, said that the agreement didn’t happen overnight but was a result of continuous effort of past one year.

“From now on, no party is pursuing violent path or opting for violent protest in Nepal. This means that there is no violent conflict in Nepal, there is peace. This (agreement) didn’t happen overnight, we were holding discussion since a very long time. The difference is, we didn’t beat drums and made announcements while holding talks,” PM Oli said.

The program hall of the National Assembly Hall, which hosted the signing ceremony, is packed with local and foreign media personnel and security personnel assigned to guard the ministers and leaders. 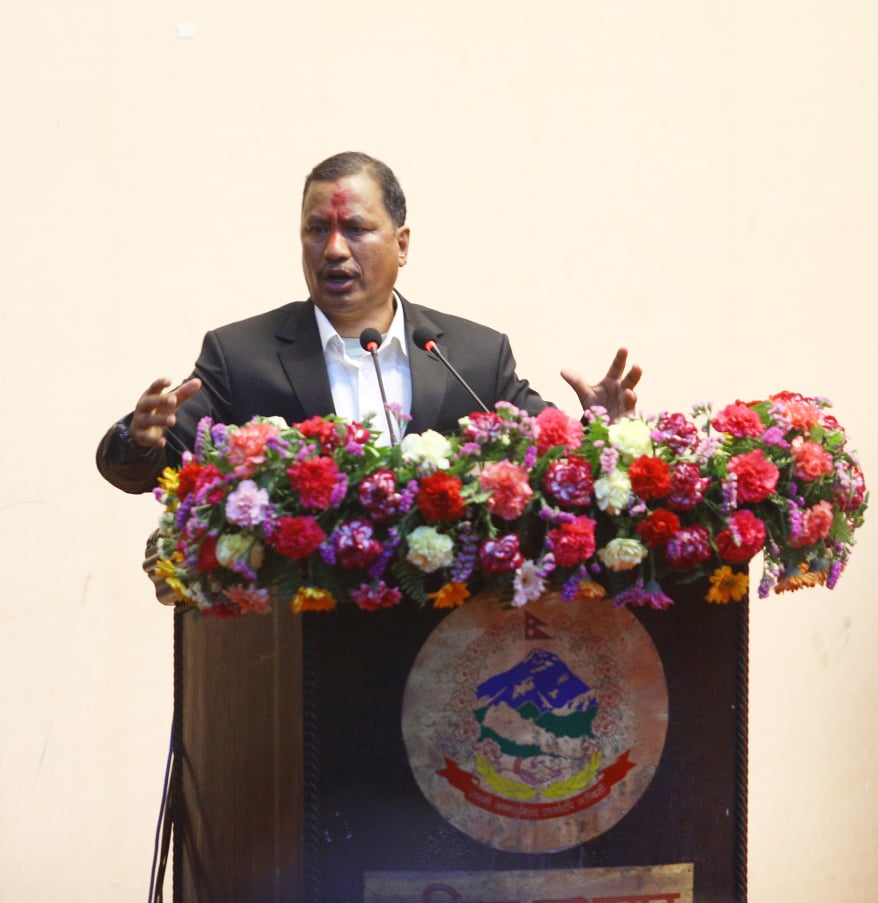 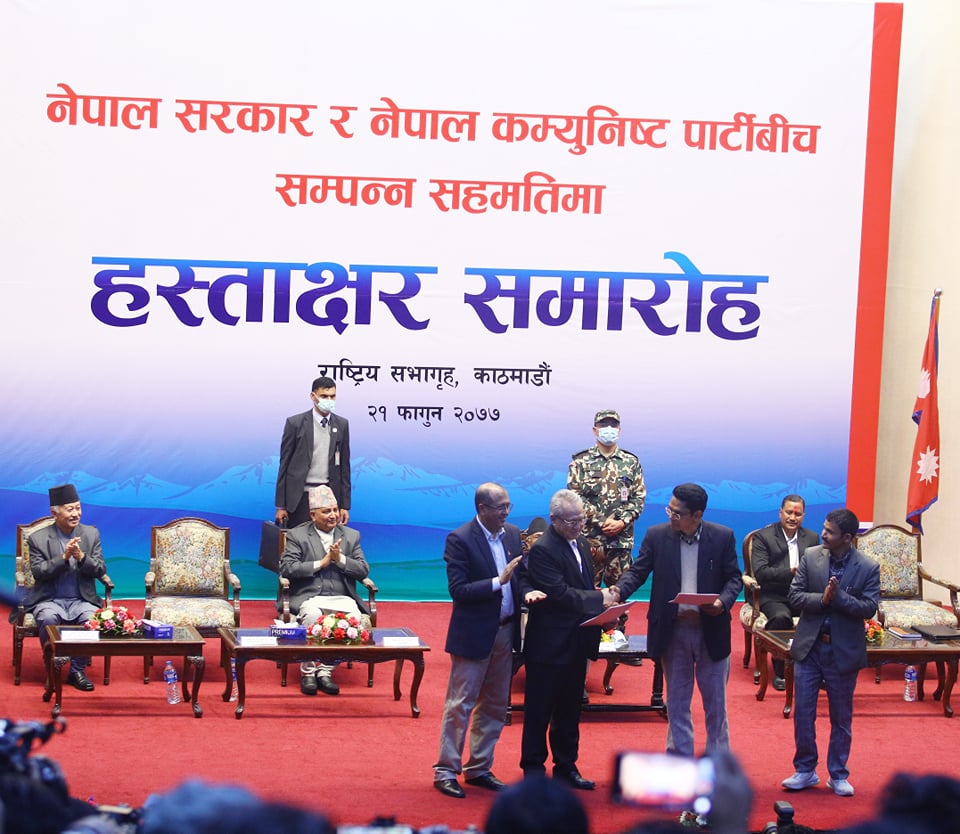