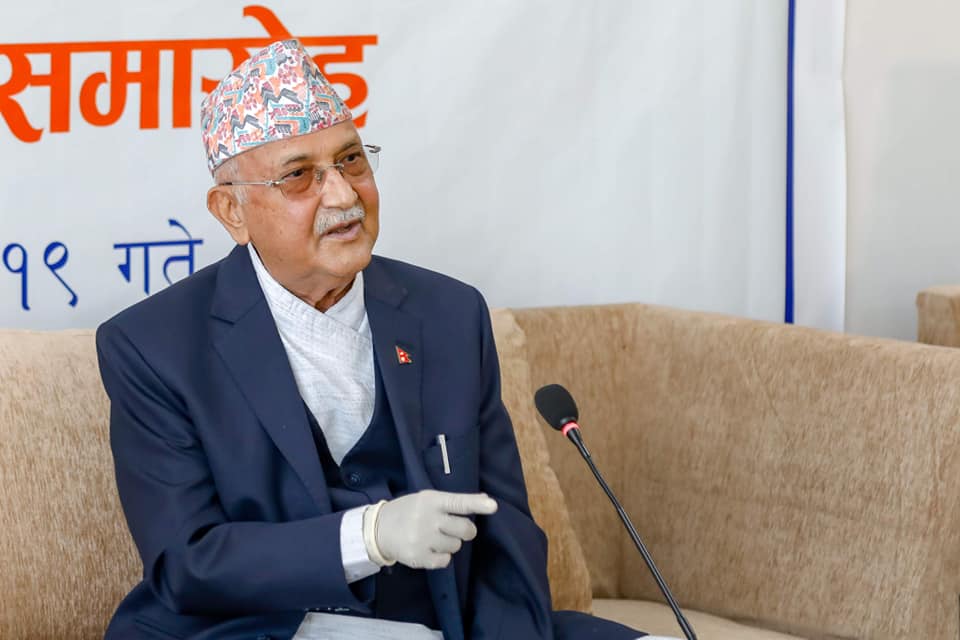 Prime Minister KP Oli is visiting the Kimathanka area in Sankhwasabha district today to inspect the recently-established Border Observation Post (BOP) of Armed Police Force (APF) that lies at the border with the Tibet Autonomous Region of China.

According to the PM’s press advisor, Surya Thapa, Oli is also scheduled to inspect the progress made in the construction of the Arun III Hydropower Project being developed with Indian investment and the Khandbari-Kimathanka road project.

The Biratnagar-Khandbari-Kimathanka road, which is 362-kilometer long, will be the shortest route to connect India and China via eastern Nepal after its completion.

This is Prime Minister Oli’s first out of Kathmandu Valley visit after he underwent second kidney transplant earlier in March.

Prime Minister Oli’s visit to Kimathanka comes at a time when the intra-party rift within the ruling Nepal Communist Party (NCP) has reached its peak.

The ruling party’s other co-chair, Pushpa Kamal Dahal, has called a Secretariat meeting for tomorrow though Oli has not consented to attend the meeting.

Dahal has called the party’s Secretariat meeting on Thursday afternoon as Oli failed to call the meeting of the party’s crucial body even after the two-day deadline given to him to do so expired on Monday.

After an informal meeting of the party’s Secretariat held yesterday evening, NCP Spokesperson Narayan Kaji Shrestha told media that five members of the Secretariat had decided to call the meeting for Thursday, keeping in view the PM’s business engagement outside Kathmandu.

Asked if the NCP would split due to the current intra-party feud, Shrestha said since the two communist parties had unified after a long struggle with worthwhile objectives, split in the party would not be in the interest of the people and the country.

However, PM Oli earlier had said that the decision to call a meeting of the party committees without his consent would mark the beginning of the party’s split.