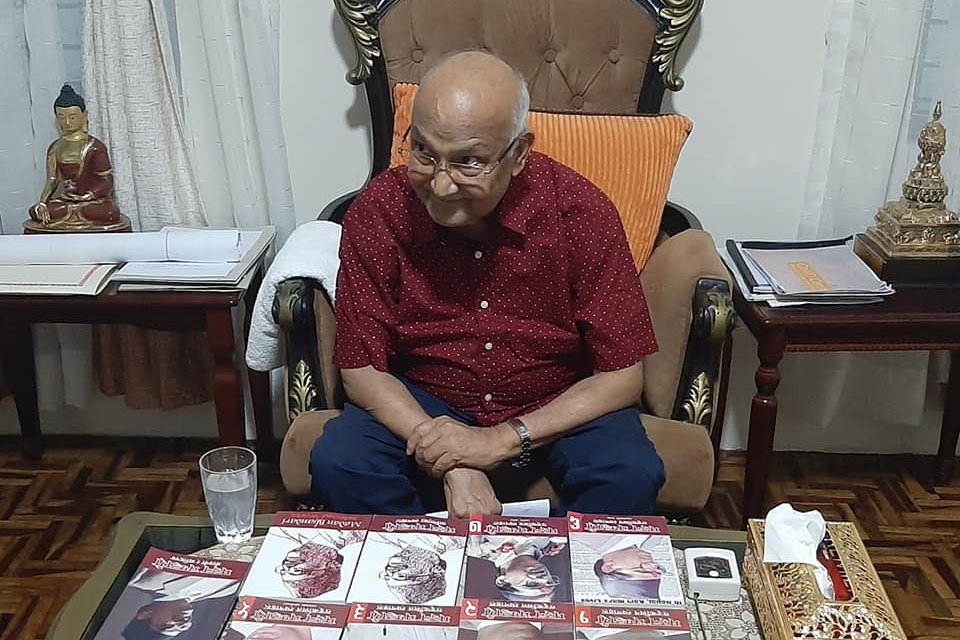 Prime Minister KP Sharma Oli has claimed that India is conspiring to oust him from the prime ministerial post.

Speaking at a program organized to mark the 69th birth anniversary of late leader Madan Bhandari in Baluwatar of Kathmandu today, Oli said, “You must have heard that the prime minister of Nepal is going to change within the next or 15 days’ time. You must be listening to what the Indian media have been saying, so you must know how India is active in unseating me.”

Oli also went on to claim that the southern neighbour had been conspiring to unseat him just because he tried to reclaim Nepali territories encroached by India.

“But I have to remain the prime minister not only for the sake of Nepal’s present but also to protect our country’s future,” he opined.

Oli, once again, kept nationalism as the base for his argument and claimed that Nepal’s sovereignty was not so week that he would be unseated so easily. “No one should even think about it,” he said.

“I don’t wish to remain in power as the prime minister but if I leave my post today, other leaders will be forced to resign in the future for speaking in favour of the country. Not for myself but for the country, and not for today but for tomorrow I have to remain the prime ministry of our country,” he said.

The first time Prime Minister KP Sharma Oli faced demands for resignation was from his own party members after his Cabinet unilaterally introduced two controversial ordinances amid a global pandemic on April 20.

The two ordinances related to political parties and the Constitutional Council were swiftly passed by the Office of the President as the NCP Secretariat meeting called to discuss the ordinances was still underway.

The government was forced to scrap the controversial ordinances a few days later following extensive criticism from all sides.

However, the Pushpa Kamal Dahal faction within NCP demanded Oli’s resignation on the grounds that he had been taking unilateral regressive decisions.

Oli nonetheless managed to quell the leaders after offering to make Bamdev Gautam, who had tilted to Dahal’s faction in support of Oli’s resignation, the deputy prime minister. Oli has yet to materialize his offer.

Oli has also been avoiding NCP’s ongoing Secretariat meeting, which aims to discuss the government’s handling of Covid-19 among other things, for the fear of facing criticism and demand for resignation, NCP leaders have claimed.

It has been reported that the Dahal faction is planning to demand one person one post rule within NCP and ask Oli to either resign from prime ministership or as NCP’s co-chairperson.

Oli’s remarks have come at a time when demands for his resignation is pouring in from both political as well as apolitical spectrum for his inept handling of the Covid-19 spread as well as prevention.