Following research by Plan International and Docskool, girls and young women from Nepal are calling for positive representation in their country’s film industry.

The research also shows that in Nepali films, women and girls are rarely presented as leaders, and even when they are in leadership positions they are far more likely than men to be sexually objectified.

Plan International Nepal called on filmmakers and film policy makers to consider equal representation of all gender, cast, and creed while calling out the harmful damaging stereotypes portrayed on screen.

In the same research, 35% films had at least one item song that normalized men staring at women in such sequences.

Similarly, 43 out of 47 films had scenes of violence against women and 14 had instances of rape.

There are only 15 women registered in the Nepal’s Director’s Guild, while only three films are directed by women out of 75 films released every year.

A ‘Promise Paper’ released by Plan International Nepal reads, “Dear storytellers, and policymakers, do better. You are the elders, the ones we look up to, our guides to the world, but do you ever even think of us? Because you’re breaking our hearts and dreams of an equal future when your art reinforces the very stigma we fight hard to end every day. Your choice to prioritize cheap thrills over your art’s impact on the society, has given the Nepali film industry a bad name. And now even when we dream of working in films, our families and schools advise us otherwise.”

The ‘Promise Paper’ will be sent to Film Development Board Nepal along with other stakeholders of the Girls Get Equal Representation campaign, as per Plan International Nepal. 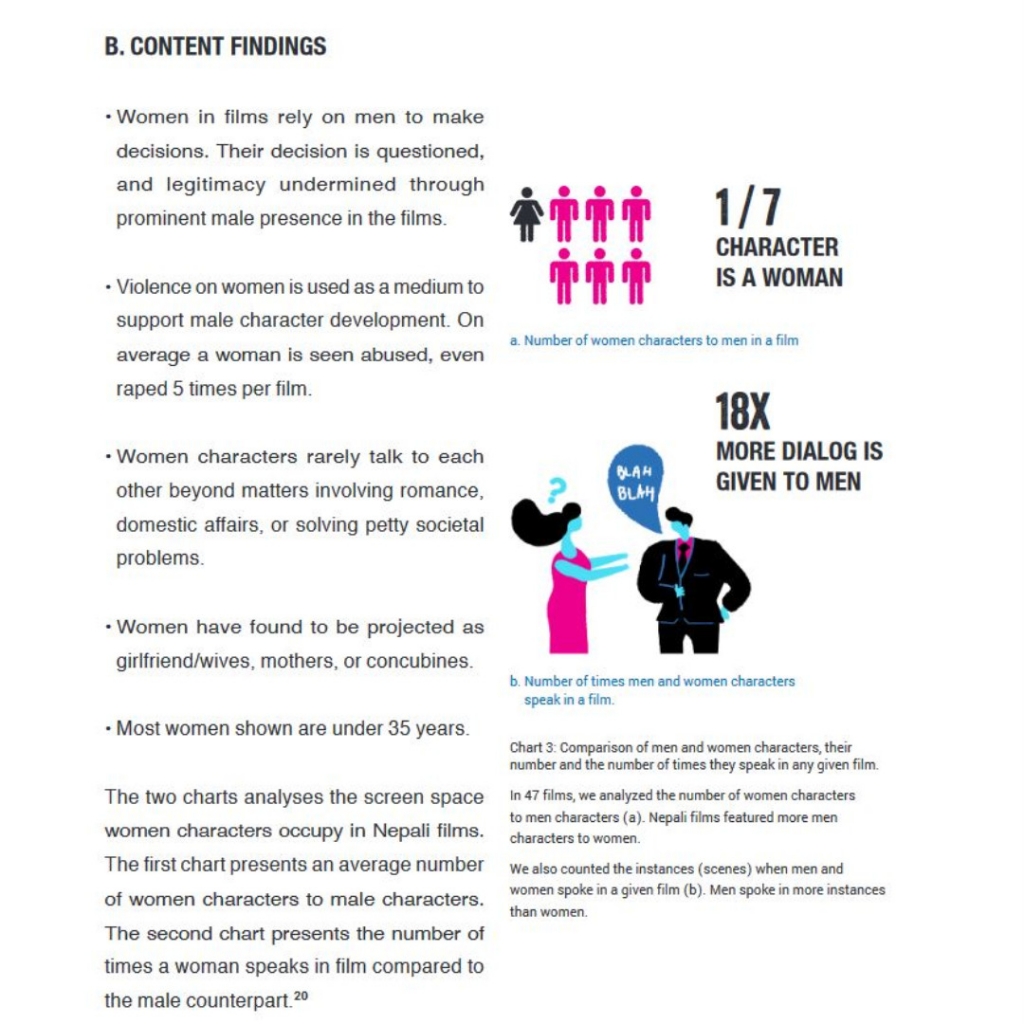