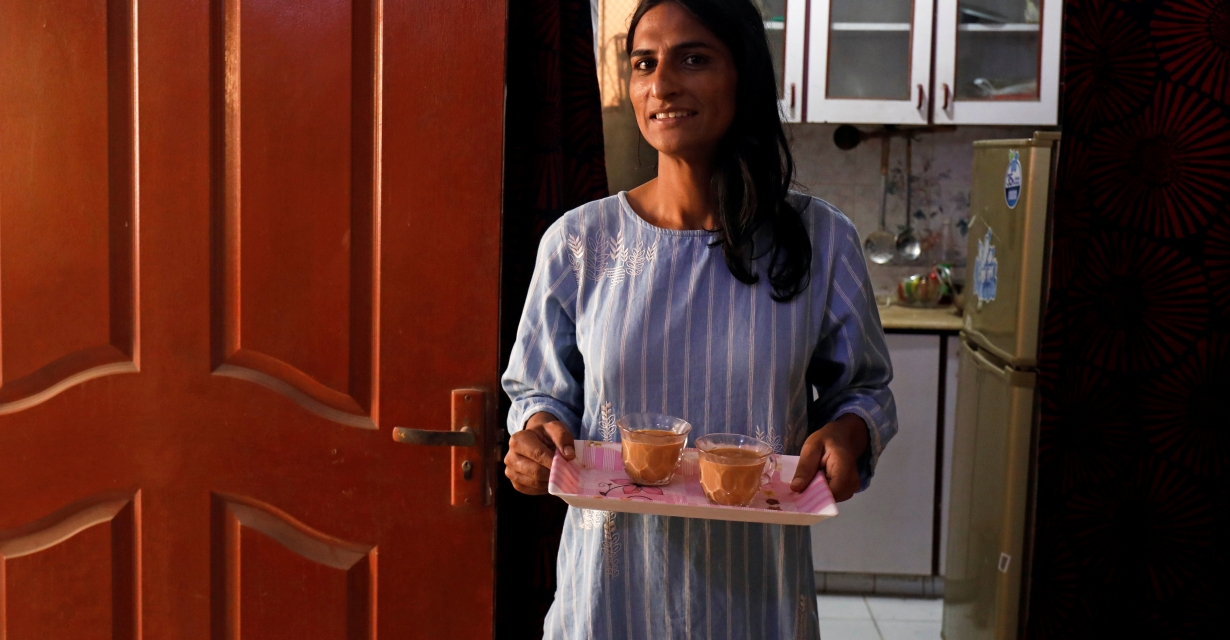 Lawyer Nisha Rao maneuvers among the throng of black-coated attorneys clustered near Karachi’s city courts searching for her client.

But Rao, 28, is not just another lawyer running for a meeting. As Pakistan’s first transgender lawyer, she has carved a path from the streets to the courtroom and her example is inspiring other transgender people in the conservative Islamic Republic.

“I am proud to have become Pakistan first transgender lawyer”, Rao told Reuters.

Life is hard for transgender persons in Pakistan, where the Supreme Court only allowed them to claim a third gender on their national identity cards in 2009. The parliament just passed a law in 2018 recognising transgender people as equal citizen and protecting them from discrimination and violence.

Treated as outcasts, many transgender persons are victims of sexual assault and resort to working as wedding dancers or begging to make a living.

Rao also ended up begging on the streets after running away from her middle class home in the eastern city of Lahore when she was 18 with two other transgender persons.

Arriving in Karachi, Pakistan’s largest city, the elder transgender people she sought refuge with advised her to beg or become a sex worker to survive.

Rao stood at traffic lights begging from car to car but was determined to escape that path, eventually using her income to pay for law classes at night.

After several years, she earned a law degree, gaining her law license earlier this year and joining the Karachi Bar Association.

She has contested 50 cases and is working with a non-governmental organisation fighting for transgender rights.

Rao has broadened her clientele to include non-transgender persons.

“As my case pertains to harassment, I feel that Rao can represent me best since transgenders are subjected to frequent harassment in our society,” said Jeya Alvi, 34, an office secretary meeting Rao for a consultation.

A 2017 census counted 10,418 transgender people out of 207 million in the country, but rights group Charity Trans Action Pakistan estimates there are at least 500,000.

“Rao used to beg here along with us, today she is better than many. But she still helps us, she even responds at midnight (if we contact her),” said Nayab, a transgender beggar who goes by one name.

Rao has even bigger aspirations than becoming an attorney. “My goal is to become Pakistan’s first transgender judge,” she said.