Cadres close to Prime Minister KP Sharma Oli’s faction of the Nepal Communist Party held a dhoti rally in Kathmandu on Saturday, a symbolic procession to showcase solidarity with the Madhesi population.

Though the rally had had a significant number of Madhesi participants, the fact that throughout his leadership Oli has been ignorant of the Madhesi population’s demand for constitution amendments and equal rights stands tall.

Now that he has dissolved the House of Representatives and announced snap elections, Oli is in a bid to appease his Madhesi voter base. With the dhoti rally, Oli’s supporters have taken the route of cultural appropriation for electoral profiteering.

In developed countries, cultural appropriation is more easily identified and gets called out quickly. But, Nepal has yet to openly identify as well as hold dialogues on the prevalent deep-rooted caste-based inequality and discrimination.

Oli has not only largely ignored the demands for inclusive and proportional representation in politics by Madhesis, Janajatis, Tharus and Muslims but has also incited violence against such minority groups in the past.

In 2017, Oli’s then CPN-UML party had reached Rajbiraj for a mass assembly amid protests and warning that the Madhesi population did not hold high regards for him because of his ignorance towards their demands.

A violence ensued when Oli was addressing the programme and at least three people were killed in police firing. Talking about the deaths, Oli had “it does not matter if two or four mangoes fall from a tree”.

In May 2018, Nepal Communist Party had signed an agreement with Sanghiya Samajbadi Forum Nepal (SSFN or federal Socialist Forum Nepal) paving the way for the Upendra Yadav-led party to join the Oli-led government and give it the power of two-third majority.

The two-point agreement signed at that time had promised that the government will address SSFN’s demands for constitution amendments.

But Oli later did not give two hoots to fulfil his commitments to the Madhesi party as well as population and so SSFN withdrew its support to the government in December 2019.

Two years down the line and as Oli is in his bid to win the forthcoming elections, his party chose to walk the path of cultural appropriation to show that he and his party cares for Madhesi population.

Many people often confuse cultural appropriation with cultural appreciation though the line between the two is thick. While appreciation means seeking to understand and learn about another culture in an effort to broaden perspective and knowledge, appropriation is simply taking one aspect of a minority culture and using it for personal interests. 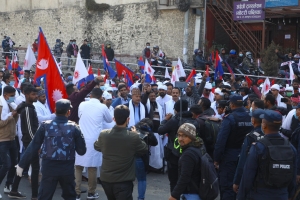 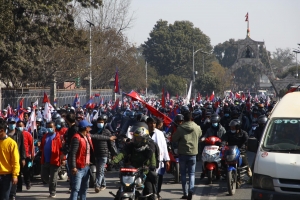 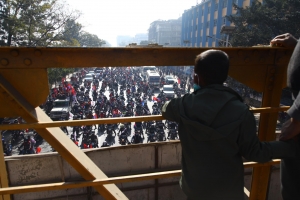 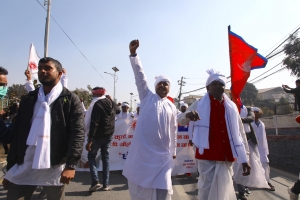 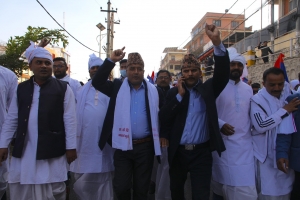