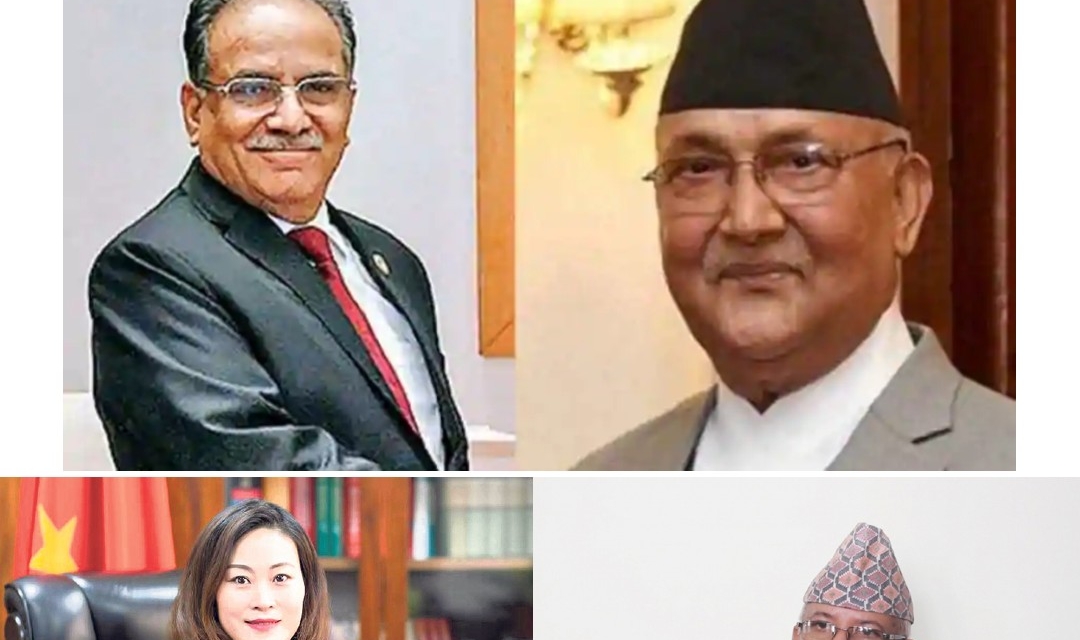 The Sunday’s meeting between Oli, Dahal, and other party leaders ended without any concrete conclusion, and so the discussion is scheduled to continue today as well, according to NCP General Secretary Bishnu Paudel.

An unofficial task force including the four leaders has reportedly been formed in a bid to resolve the intra-party rift which surfaced after Dahal and his faction demanded PM Oli’s resignation for running the party unilaterally.

Deuba informed that no deal was signed between him and Oli, and claimed that he hadn’t committed anything to neither Oli nor Dahal’s faction of NCP.

Similarly, a meeting was held between NCP senior leader as well as Foreign Department Chief, Madhav Kumar Nepal, and Chinese Ambassador to Nepal Hou Yanqi yesterday as the power struggle within NCP continues.

Although Rijal did not disclose issues discussed during the meeting, he informed that the Chinese Ambassador had expressed concern regarding NCP’s internal dispute.

In April when an internal strife within NCP had escalated, Ambassador Hou had actively met the top NCP leaders separately.