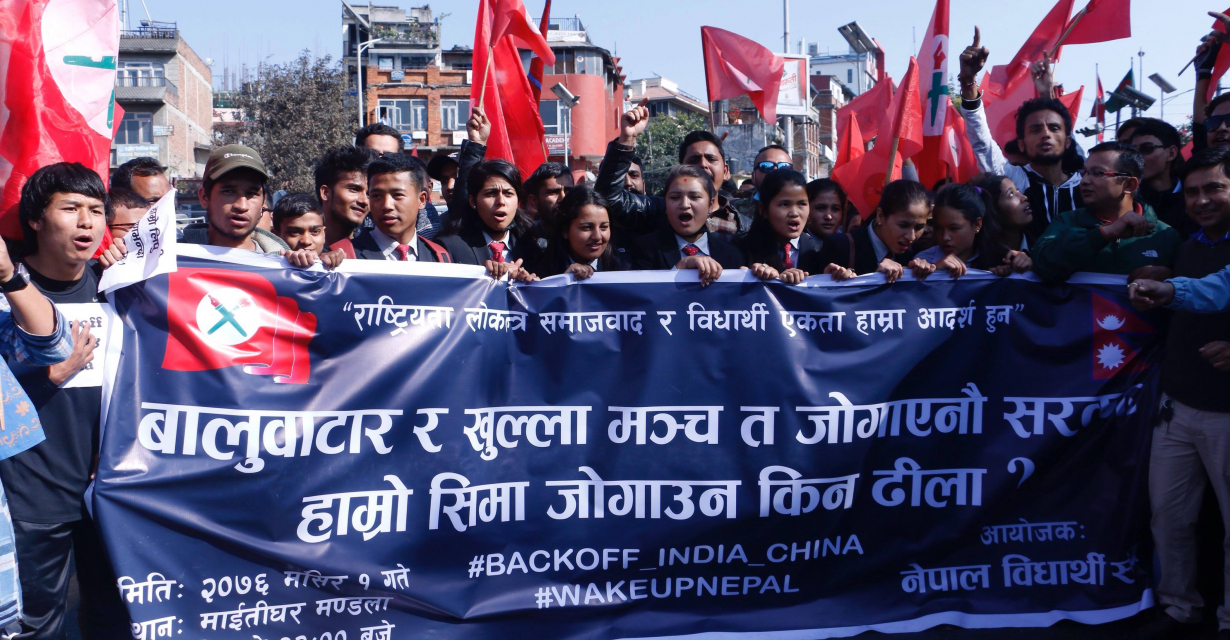 Addressing the first meeting of NCP’s sister wing National Youth Organization in Kathmandu today, the prime minister stated that Nepal will not tolerate any foreign encroachment in its sovereign land.

Nonetheless, the National Student Union, a sister wing of main opposition Nepali Congress, today staged a demonstration at Maitighar Mandala in Kathmandu demanding concrete action by the government to resolve the matter.

Nepalis have taken to social media as well as the streets after India released a new political map a few days ago that has placed Kalapani, Lipulekh, Limpiyadhura and Susta within its territories. Nepal has long been claiming the disputed territories. This time however, the protesters also demanded China to back off from the national borders.