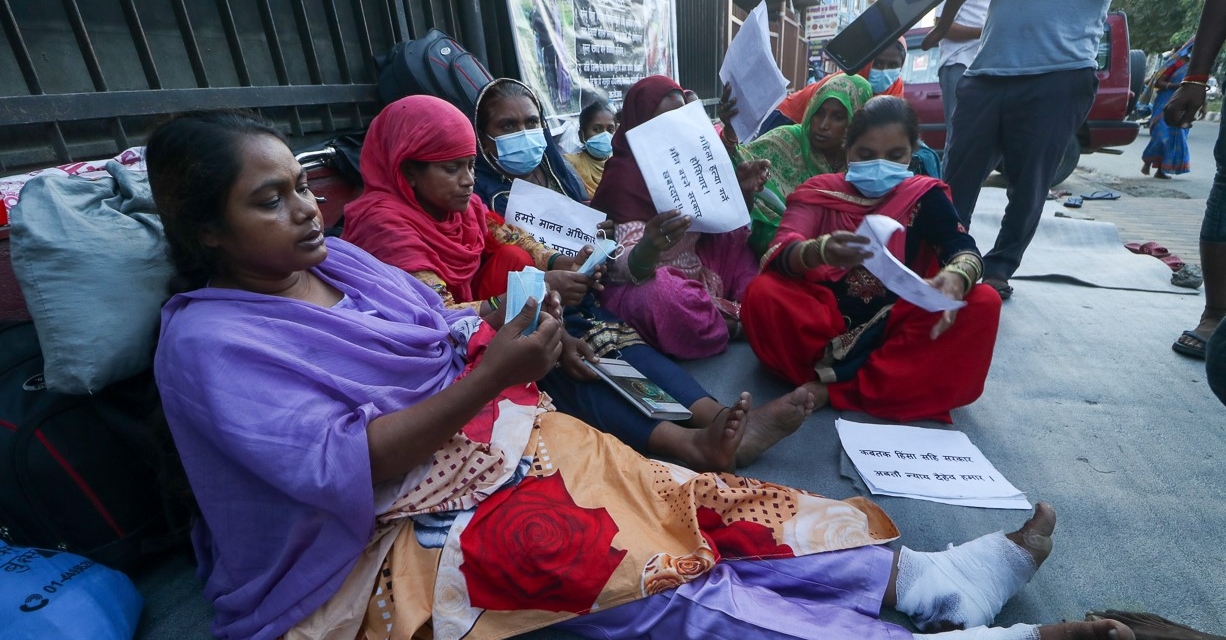 A probe committee formed by the government to investigate the murder of Nankunni Dhobi of Nawaji, Banke and the disappearance of Nirmala Kurmi of Paraspur, Banke has arrived in Nepalgunj on Thursday.

Rights activists and relatives of the victims had travelled to Kathmandu from Nepalgunj on foot demanding in-depth investigation and action against the culprits. They had walked for 20 days to reach the capital. Upon arriving, they staged a sit-in at Maitighar for 12 days, while Ruby Khan, a right activist, was on a hunger strike for 11 days before the government heeded their plights.

Police had rounded up 13 protestors, including Khan, from Maitighar Mandala, where they were staging a protest on October 8. The protesters were having dinner when the police intervened and detained them. While others were quickly release, Khan was released on October 14 after the Supreme Court ordered the police to present her before the court.

A single bench of Justice Dipak Kumar Karki issued a show cause order to Nepal Police Lainchaur Circle Office, following a hearing on the habeas corpus petition filed by advocate Mohna Ansari, also a former human rights commissioner, stating that Khan’s whereabouts has been unknown since her arrest.

The movement was started under the leadership of rights activist Ruby Khan, claiming that Nankunni, who was found dead in her own house in Nawaji village last July, and Nirmala, who is missing for 12 years, were killed.

Initially, the activists had tried to lodge a murder complaint with the Banke police after the cops stated that Nankunni had died by suicide. However, things went haywire due to alleged lack of cooptation from the security agency.

“The investigation committee has already arrived in Nepalgunj and they have started their investigation,” said Mohammad Sher Bagwan, a member of the committee from the agitating party.

The investigative team has promised to conduct a detailed investigation and submit a report of both the incidents to the government within a year.

Chief District Officer of Banke, Surya Bahadur Khadka, said that he would assist the committee to start the investigation by holding a discussion today.

Nankunni was found dead in her house on July 21. The police had concluded the death as suicide, but her relatives disagreed saying she was constantly tortured by her husband Ram Kumar Dhobi and Nankunni had repeatedly lodged a complaint at the police office seeking justice.

Meanwhile, rights activists claim that Nirmala was abducted for her 4 bighas and 13 katthas of land in Nepalgunj.