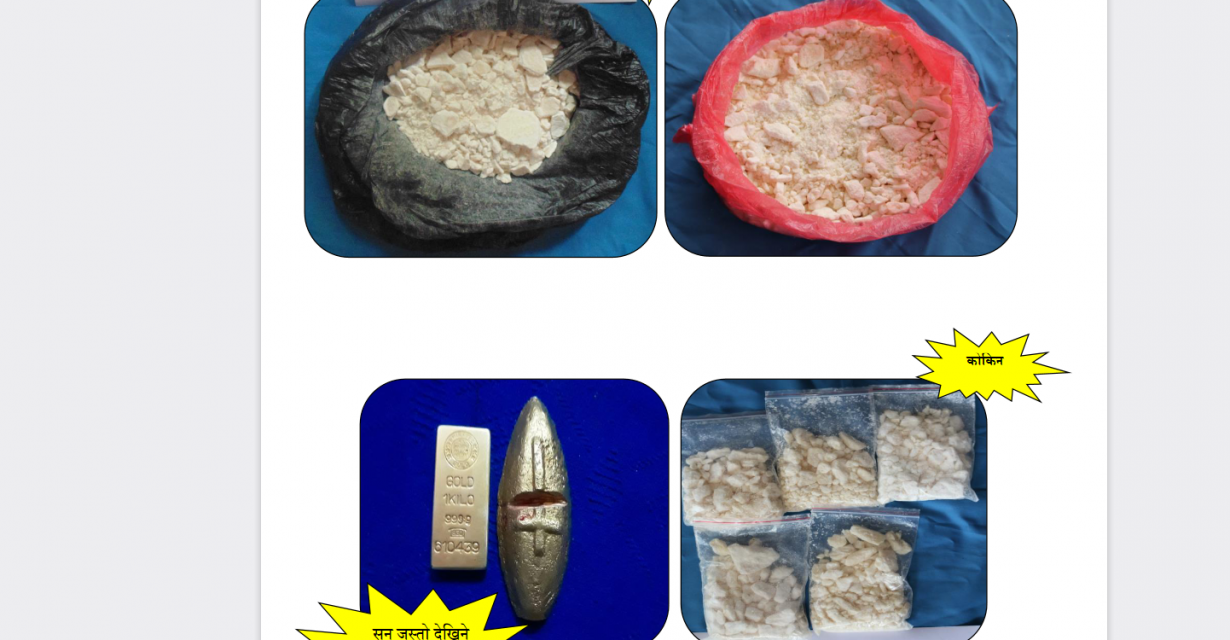 The Narcotic Control Bureau (NCB) of Nepal Police acting upon a special tip-off arrested nine persons from different places in possession of 1.12 kg of illegal drug cocaine worth Rs 50 million.

Among the arrested, Suroj was arrested from Bharatpur, Chitwan on July 25 and 683 grams of cocaine, Rs 3,575 in cash and a digital scale were recovered from his rented room in Gaurigaun of Tarkeshwar Municipality-8.

Similarly, the police had arrested Anju from Ranibari, Kathmandu on the same day in possession of 329 grams of cocaine and Rs 750,000 cash.

The following day, Muna, Rocky, Royal, Sandeep, Miraj and Sudan were held from different locations in Kathmandu in possession of one digital scale, Rs 35,000 in cash.

They were made public on Monday.

Earlier on July 22, NCB had arrested four persons for their involvement in the trade of illegal cocaine from a hotel at Paknajol, Kathmandu. Police seized 500 grams of cocaine and 2.4 kg of gold from the arrested.

According to the Bureau, nine more people involved in the illegal drug trade have also been arrested after interrogation and investigation with the detainees.

The arrested are being investigation under the Narcotics (Control) Act 2033 BS.