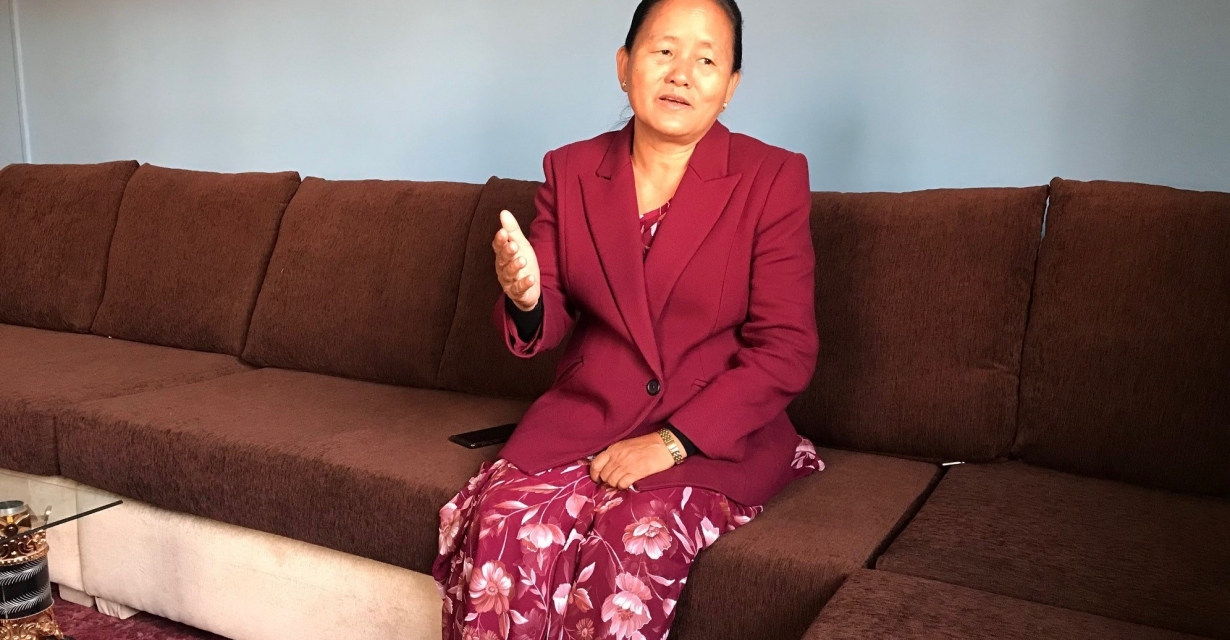 KATHMANDU, Jan 31 (Thomson Reuters Foundation) – One of Nepal’s most senior female politicians has said she was a “victim of patriarchy” after she was forced to stand down as parliament speaker, and vowed to fight for greater equality for women.

Shiva Maya Tumbahamphe took over as acting speaker of Nepal’s lower house after the incumbent was accused of rape, but the leaders of the ruling Nepal Communist Party made her stand down to make way for a male colleague.

The veteran politician, who has a doctorate in political science, said things were now even worse for women than under the monarchy, which was abolished in 2008 after a Maoist revolution.

“Patriarchy is more deeply rooted now than it was under the monarchy,” she told the Thomson Reuters Foundation in an interview. “It is even stronger now in our country.”

The abolition of Nepal’s monarchy came with promises of a more equal society that many historically marginalised groups, including women, do not feel have been fulfilled.

Women’s rights groups were particularly angered by a clause in the new national constitution introduced in 2015 that restricts women from passing on their Nepali citizenship to their children. No such restrictions are placed on men.

Tumbahamphe said she strongly resisted her removal as speaker, giving the men who lead her party a list of reasons why she was the most qualified candidate – and copy of her book about the women’s movement in Nepali politics.

Her replacement on Sunday (January 26) by Agni Prasad Sapkota, a former Maoist rebel who stands accused of abduction and murder during the country’s decade-long civil war, triggered protests by conflict victims and human rights campaigners.

Nepal’s post-war constitution mandates that one-third of the country’s lawmakers must be women. The country has a female president – a largely ceremonial role – and briefly had a female chief justice.

But senior women in politics say they still face far greater challenges than men, and are frequently sidelined.

“In my 40 years in politics, I have not noticed much change in the condition of women. That is why I have devoted myself to fighting discrimination and injustice,” said Tumbahamphe.

“There are women in political parties looking after minor areas. But there are few in the policy-making level.”

The 56-year-old, who is widowed and has two children, was born into an indigenous community in the remote hills of eastern Nepal. She has been involved in politics since she was at school, and has held key posts in women’s rights organisations.

It has not been easy, she said. She was recently appointed to her left-wing party’s central committee, the top policy-making body, a position she wants to use to achieve change for women.

“Women must get equal opportunities and access to state resources and power,” she said. “I will continue to fight … to ensure that women get a fair deal.”