Nepali congress today, for the third time, has stopped the meeting saying the Commission for Investigation of Abuse of Authority filed a corruption case against Congress leader Gachchhadar under the auspices of the government.

Speaking on the occasion, Speaker Agni Prasad Sapkota said that the issues raised by the main opposition Nepali Congress could not be addressed by parliament and asked the opposition party to support parliament’s operation.

Sapkota has adjourned the parliament meeting until February 11, after the opposition party blocked the meeting.

Meanwhile Nepal Tarun Dal and Nepal Student Union along with others have staged demonstrations from Maitighar to Baneswor saying their leader was charged with allegations of political retaliation and corruption.

The Congress have accused the Communist Party leaders of being liberated whereas the congress leader being accused of political retaliation and corruption.

Those who staged a demonstration in Maitighar shouted slogans that satires government and CIAA.

A few days ago, the CIAA filed a case in a special court against 175 persons, including Vice President of the Nepali Congress, Bijay Kumar Gachchhadar, in the Lalita residence case. 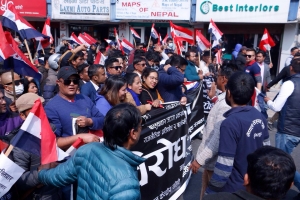 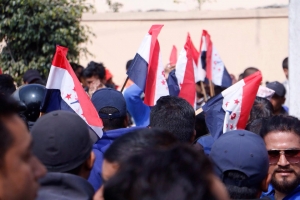