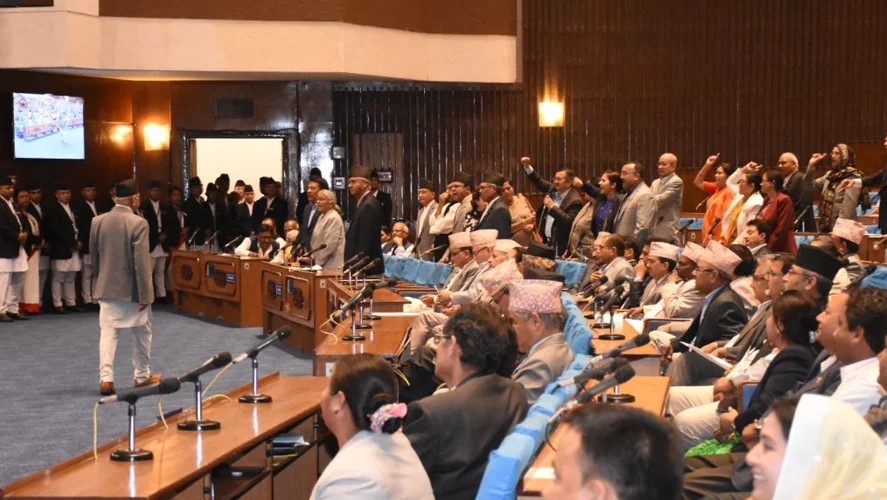 Gachhadar is one among 175 defendants indicted in a charge-sheet that the anti-corruption constitutional body had registered at the Special Court yesterday for their alleged involvement in the notorious Lalita Niwas land grab scam.

Speaking at the House meeting today, the party’s whip Pushpa Bhusal said the commission indicted Gachhadar just because he was an opposition leader.

She said, “This incident has proved that even CIAA, a constitutional body, is just a helpless shadow of the government.”

Bhusal also cried foul after the commission did not indict Navin Paudel, the son of ruling Nepal Communist Party General Secretary Bishnu Paudel and Supreme Court Justice Kumar Regmi, who own two plots of the land, claiming they had promised to return it to the government.

Following Bhusal’s statement, Nepali Congress lawmakers stood up from their seats, forcing the Speaker to halt the meeting.