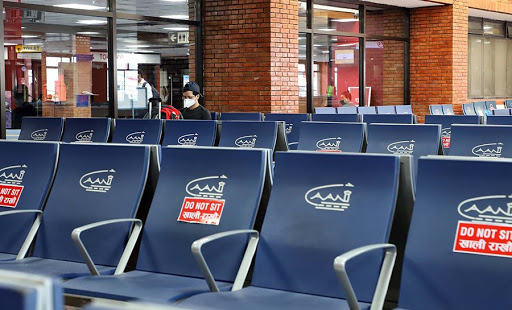 KATHMANDU, July 21 (Reuters) – Nepal will allow regular international airline flights from August 17, a minister said on Tuesday, nearly four months after suspending them to curb the spread of the coronavirus pandemic.

Wedged between China and India, Nepal enforced a nationwide lockdown, halting scheduled flights, in March, when reported its first confirmed cases of COVID-19.

So far, Nepal has reported 17,844 infections with 40 deaths from the disease.

Nepal, home to eight of the world’s 14 highest mountains including Mount Everest, is dependent on tourism including mountain climbing.

The decision to restart flights from Nepal’s only international airport in Kathmandu was taken at a cabinet meeting late on Monday.

“We’ll prepare the safety regulations which must be followed by airlines to operate,” Tourism and Civil Aviation Minister Yogesh Bhattarai told Reuters.

Deochandra Lal Karna, a spokesman for Kathmandu airport, said safety rules like – social distancing, use of sanitizers and masks – were already in place for specially chartered evacuation flights for nationals stranded because of the pandemic.

“Now the airlines will submit their flight schedules for approval before starting services,” Karna said.