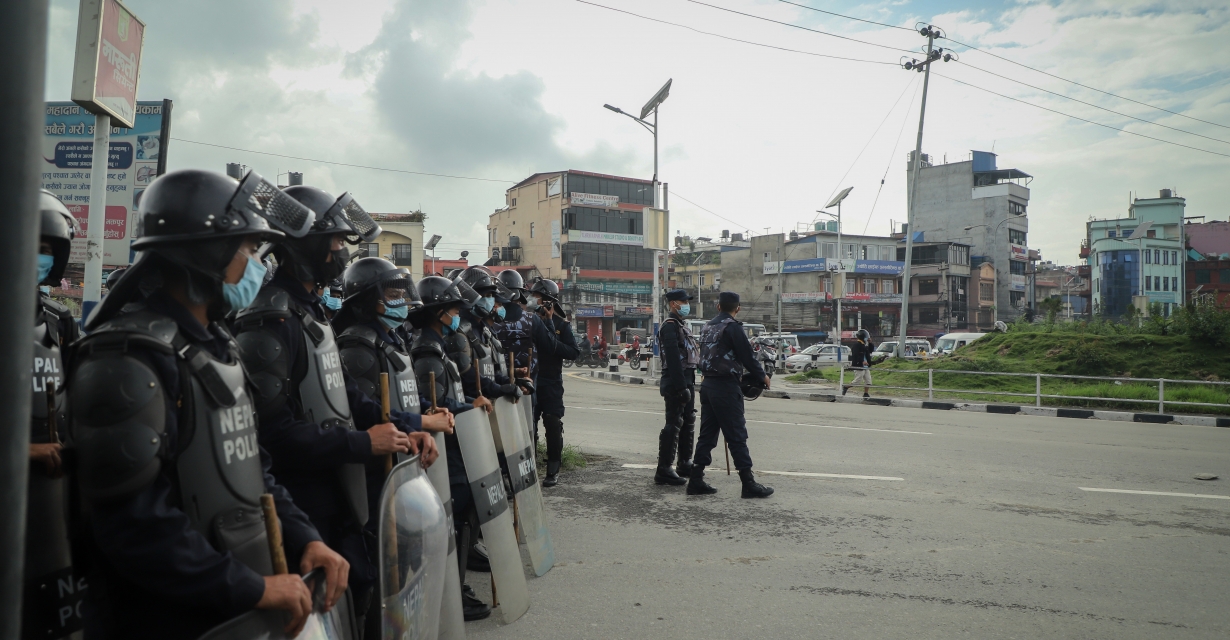 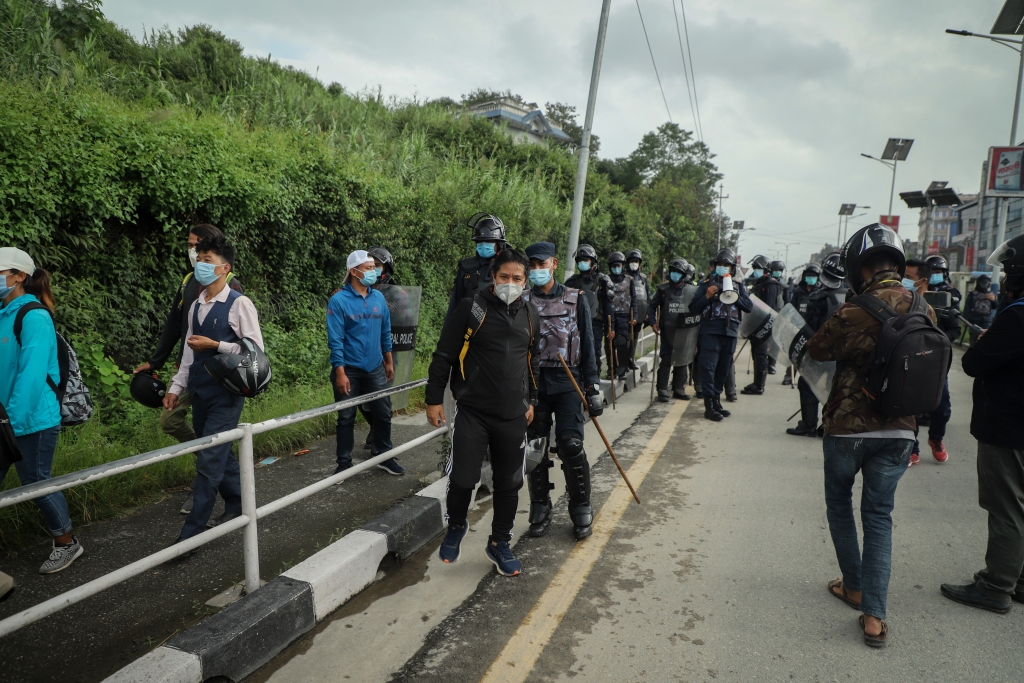 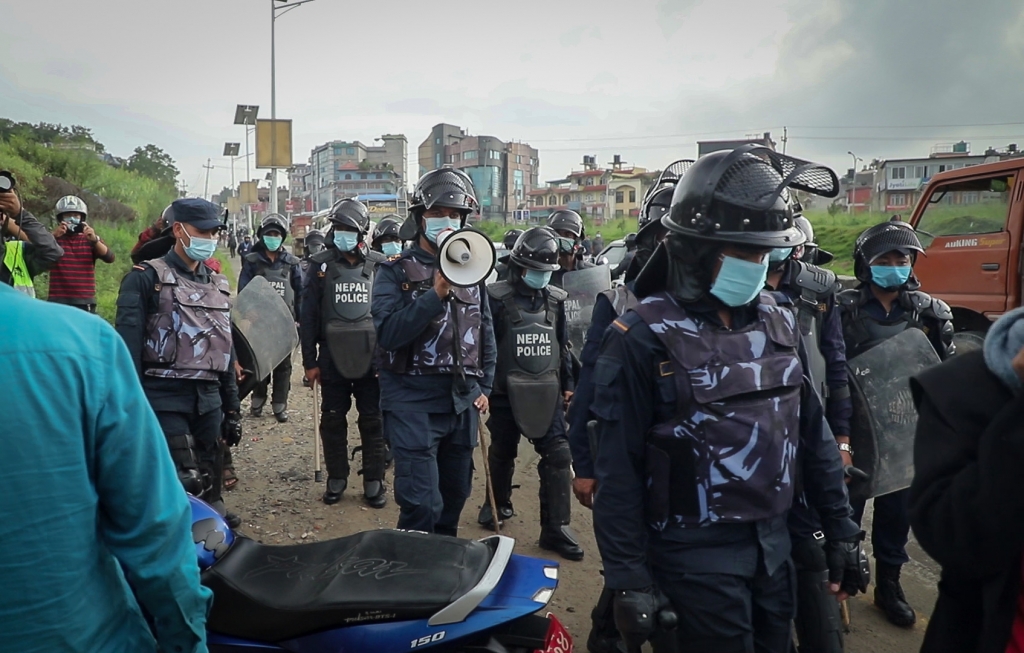 A group of youths gathered in Koteshwor demanding the re-appointment of former managing director of Nepal Electricity Authority (NEA), Kul Man Ghising, were stopped from staging a protest by the Nepal Police, on Friday.

“We reached Koteshwor to conduct a peaceful protest, but Nepal Police once again stopped us from protesting. They also seized our bike keys and banners. I feel our rights are being violated, our right to peacefully protest. One of our friends, Manish Manandhar 35, was indiscriminately thrashed by police officials today and he has been taken to the Trauma Hospital as he received a serious head injury,” said Bablu Gupta, one of the protestors and the president of the 100s Group.

Social media platforms have been flooded with footages and photos of Gupta being severely beaten by police personnel during a protest on Thursday.

Talking about the incident Gupta said, “Police have shown no remorse or humanity while thrashing general people like us. I hope I receive justice like any other citizen of this country. We are not giving up on the protest and we shall carry on until Kul Man Ghising gets re-appointed.”

Various groups have hit the streets demanding the reappointment of NEA’s former director, who brought the electricity leakage from 25.78 percent to 15.27 percent during his tenure.

Authorities have restricted public and religious gatherings in a bid to control the spread of coronavirus as cases surge in Kathmandu.

A public frenzy has taken over ever since Ghising completed his four-year tenure at NEA this week as most Nepalis want to see him take the helm once again. Ghising has been able to form an almost unique place in the hearts of Nepalis for successfully ending load shedding in the country.

While Minister of Energy, Water Resources and Irrigation Barshaman Pun has already submitted the proposal to reappoint Ghising, Prime Minister KP Sharma Oli is said to be against the reappointment.