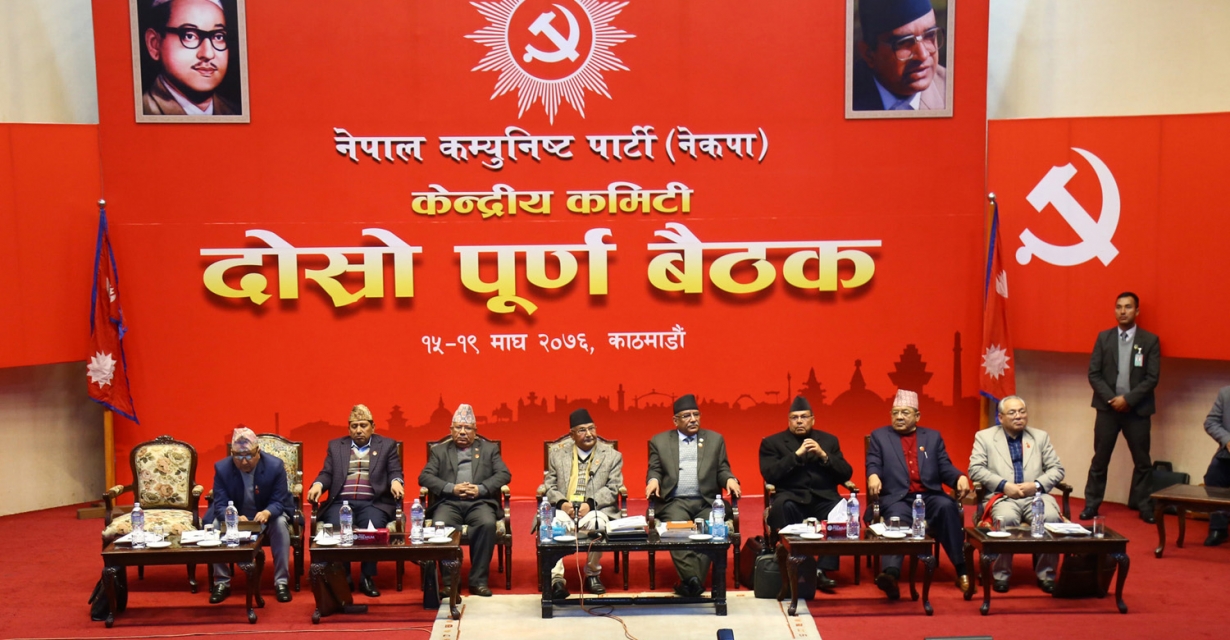 A debate over MCC, which will provide $500 million in grants to Nepal, took center stage during the five-day central committee meeting with a majority of members raising questions about the program.

Responding to questions raised by central committee members at the end of the meeting, NCP Co-chairperson Pushpa Kamal Dahal informed about formation of the study team led by NCP Secretariat member Jhalanath Khanal.

The team includes Minister of Foreign Affairs Pradeep Gyawali and NCP Standing Committee member Bhim Rawal as members. It has been given 10 days to submit its report.

The MCC agreement that Nepal signed with the US in 2017 is awaiting parliamentary approval.

Although the government has committed to getting the agreement endorsed by the Parliament, some senior party members, including Rawal and Dev Gurung, are opposed to it.

There are two distinct views about the MCC in the ruling party. The first is implementing the MCC, which the US side has clearly said is part of its Indo-Pacific Strategy (IPS), will be against Nepal’s policy of non-alignment.

The leaders opposed to the MCC are of the view that endorsing the MCC will align Nepal with the IPS, which they say is a military alliance aimed at containing China.

Prime Minister KP Sharma Oli, however, has assured that the agreement’s terms and conditions do not have any military component and it is not against Nepal’s foreign policy of non-alignment or Nepal’s sovereignty.

They are also of the view that since the MCC agreement was signed before the inception of the IPS, Nepal views the MCC as nothing more than development assistance.

NCP will decide on MCC on the basis of the study report submitted by the Khanal-led team.

The main opposition Nepali Congress is in favor of endorsing the MCC agreement.