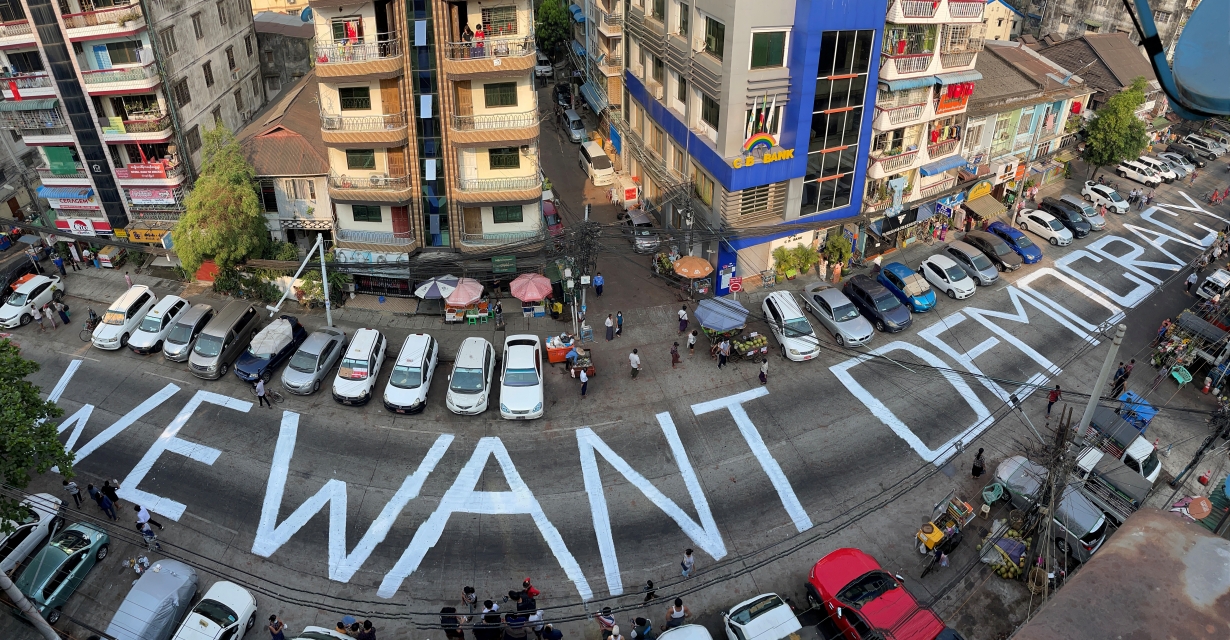 Myanmar was set for more street protests on Wednesday against military rule as Indonesia sought to build momentum behind a diplomatic push involving other Southeast Asian countries to steer a path out of the crisis.

This week saw huge rallies on Monday and a general strike to denounce the military’s Feb. 1 coup and demand the release of elected leader Aung San Suu Kyi, despite a warning from authorities that confrontation could get people killed.

On Tuesday, gatherings were smaller overall, but a multi-ethnic rally was planned on Wednesday in Mayangone in the northern part of the commercial hub of Yangon.

In what appeared to be a bid to kickstart diplomatic efforts, Indonesia’s foreign minister Retno Marsudi planned to fly to Myanmar on Thursday in the first known visit by a foreign envoy since the Feb. 1 coup, a leaked Myanmar government document said.

Her visit, however, may not be welcomed by some pro-democracy activists who are concerned any agreement with the junta could undermine their demands for the recognition of the November polls won by Suu Kyi’s party.

Retno has been rallying support in Southeast Asia for a special meeting on Myanmar and sources said Jakarta proposed the region sends monitors to ensure the generals hold “fair and inclusive elections”.

Hundreds gathered outside Indonesia’s embassy in Yangon on Tuesday to voice their opposition to the election proposal, while members of Myanmar’s Muslim community were due to hold another protest on Wednesday.

The Future Nation Alliance, a Myanmar-based activist group, said in a statement a visit by Retno would be “tantamount to recognising the military junta”.

The group demanded foreign officials meet with Htin Lin Aung, a representative of the Committee Representing Pyidaungsu Hluttaw (CRPH), formed by ousted lawmakers, who has been appointed the “sole responsible official for foreign relations”.

An Indonesian foreign ministry spokesman said on Tuesday Retno was in Thailand and may travel to other countries in the region afterwards but could not confirm which. Earlier, he said a new election was not Indonesia’s position.

The Group of Seven (G7) rich nations on Tuesday condemned intimidation and oppression of those opposing the coup. “Anyone responding to peaceful protests with violence must be held to account,” group foreign ministers said in a joint statement.

The army seized power after alleging fraud in Nov. 8 elections, detaining Suu Kyi and much of the party leadership. The electoral commission dismissed the fraud complaints.

The crisis raises the prospect of isolation and investor jitters just as the COVID-19 pandemic has undermined consumption and choked off tourism.

Military chief General Min Aung Hlaing, in a meeting with his ruling council on Monday, called for state spending and imports to be cut and exports increased.

“The council needs to put its energy into reviving the country’s ailing economy. Economic remedy measures must be taken,” state media quoted him a saying.

Min Aung Hlaing did not link the protests directly to economic problems but said the authorities were following a democratic path in dealing with them and police were using minimal force, such as rubber bullets, state media reported.

Security forces have shown more restraint compared with earlier crackdowns against people who had pushed for democracy during almost half a century of direct military rule.

Even so, three protesters have been shot and killed. The army has said one policeman died of injuries sustained during the protests. 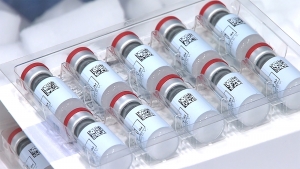