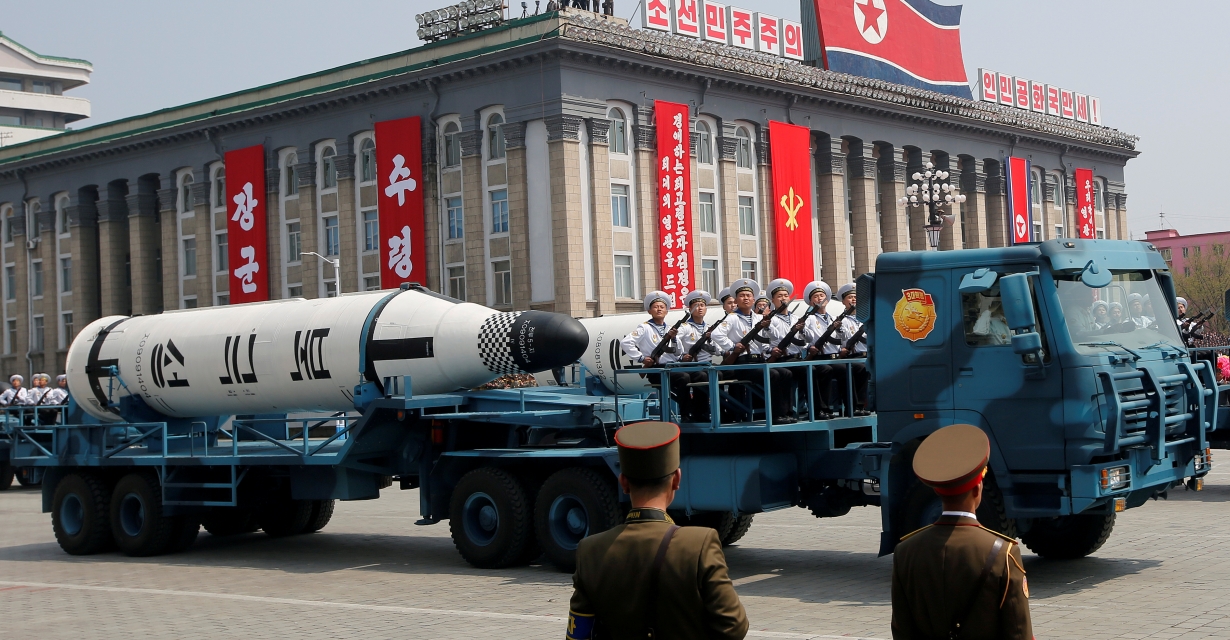 North Koreans wearing medical masks have gathered in the capital of Pyongyang, state media reported this week, ahead of what is expected to be a big military parade on Saturday, possibly featuring the country’s latest ballistic missiles.

The holiday marks the 75th anniversary of the founding of the ruling Workers’ Party of Korea, and events include art and industry exhibitions, a light show, visits to monuments and ceremonies to mark the completion of construction projects.

Officials in South Korea and the United States say that North Korea could use the parade to show off a new intercontinental ballistic missile (ICBM).

“There is a possibility that North Korea will unveil new strategic weapons, such as new intercontinental ballistic missiles or submarine-launched ballistic missiles, to draw attention at a time when its economic achievements have been sluggish,” the South’s Unification Ministry, which handles relations with the North, said on Thursday.

Unification Minister Lee In-young told lawmakers that displaying a new missile could be a “low-intensity demonstration of force” ahead of the U.S. presidential election that would be less provocative than a launch or nuclear test.

North Korean leader Kim Jong Un has not displayed ICBMs at a parade since he first met U.S. President Donald Trump in 2018, but their talks have stalled and Pyongyang has signalled increasing impatience with Washington.

“The display of new ICBMs would signal that North Korea was moving on from this strategy and may indicate that North Korea will resume long-range missile testing,” said Jeffrey Lewis, a missile researcher at the James Martin Center for Nonproliferation Studies.

State media outlets showed photos of large crowds of delegates and other visitors masks as they arrived for holiday events.

North Korea has not reported any confirmed cases of the coronavirus, but the government has imposed strict border controls and quarantine measures and analysts say an outbreak could be devastating for the economically and politically isolated country.

“Such an event is extremely risky in that if only a few people were COVID-19 positive in the crowd they could create a deadly super-spreader-like event,” said Harry Kazianis, senior director of Korean Studies at the Center for the National Interest in Washington.