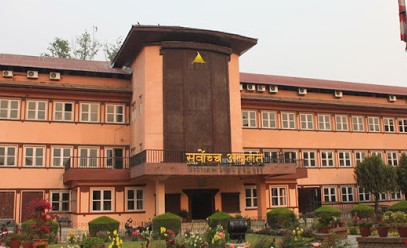 The National Human Rights Commission (NHRC) has made 1,059 recommendations to the Government of Nepal in relation to providing relief and compensation to rights abuse victims and punishment against the perpetrators since its establishment in 2000 A.D.

The Joint Submission, submitted by the National Human Rights Commission, National Women Commission and National Dalit Commission, for the Third Cycle Universal Periodic Review of Nepal-2020, to the Geneva-based United Nations Human Rights Council, illustrate that prosecution and punishment against the perpetrators is less than five per cent in Nepal.

Even though torture has been criminalised as per the Criminal Code-2018, the statutory limitation of six months is not in line with the ‘Convention against Torture and Other Cruel Punishment’ with more than 100 complaints on torture registered with the NHRC in the meantime.

Meanwhile, Supreme Court (SC) has made several judgments and issued orders to the government relating to the people’s rights during the coronavirus pandemic. However, the government has utterly failed in prompt execution of the orders.

SC had directed government some two months ago to make public the expenses of state treasury spent in relief during the pandemic, but the government yet to do so.

In another SC judgment issued in relation to the rights of the vulnerable people, women and children, a division bench of Justices Sapana Pradhan Malla and Prakash Kumar Dhungana directed the government on September 4 to conduct a study to evaluate the sufficiency of the Infectious Disease Act, 1976.

The Court also asked the government, if needed, to enact new laws to address the problems caused by pandemics and directed the authorities to enact a comprehensive pandemic law.

The justice division bench also underlined the limitation provisions in relation to domestic violence and stated that the law is inadequate to address the cases during pandemic.

In relation to another pandemic verdict, SC on August 3 issued rulings in the name of the administrative branch to seriously act to protect the rights of inmates who are extremely vulnerable to coronavirus.

The division bench of Justices Malla and Dhungana underlined an urgent need to analyze problems faced by the vulnerable inmates – elderly, women and children, sick and the others, either by commuting or remitting their jail sentences as well as by releasing or suspending their jail term.

Similarly, in response to a petition demanding the court order the government to publish details of corona-related expenses under the Right to Information Act, 2006 (RTI) and the Good Governance Act, 2007, the apex court had directed government authorities to publish the expense details. However, the details have yet to be released.

The government has turned a deaf ear to almost all the SC verdicts and orders, smashed people’s Right to Health Facilities and Right To Live With Dignity, while boasting that it was doing a ‘great job’ to control the pandemic.

The government led by Prime Minister KP Sharma Oli, despite having a grip on two-third majority, has failed to ensure a dignified livelihood for its people while he stands firm on his commitment of “Prosperous Nepal, Happy Nepalis”.