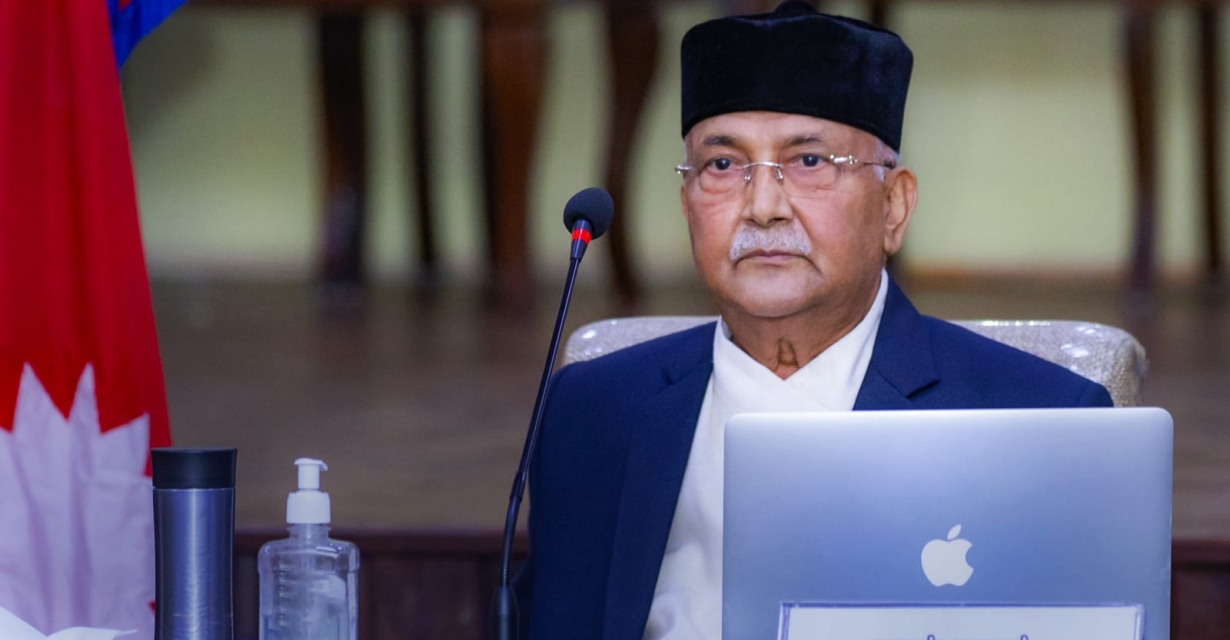 Bhanubhakta is the first writer to translate Ramayana into Nepali from Sanskrit.

“We have been bullied culturally. Facts have been encroached. We believe we gave Sita away to an Indian prince. No, we didn’t give Sita away to India, but to Ayodhya. Ayodhya is a village west from Birgunj. The city we know as Ayodhya is not Ayodhya – there is a dispute in Ayodhya itself. Ayodhya is west of Birgunj at a place called Thori. Balmiki Ashram is in Nepal, and the sage (pandit) who conducted Dashrath’s offerings for parenthood is also from Nepal. Therefore, Ram is not an Indian, and Ayodhya is not in India”.

“How did Lord Rama come all the way to Janakpur then? At the time, marriages would occur in nearby kingdoms only. There were no telephones, or cell phones to communicate”, PM Oli asks the crowd about the Hindu mythology which interestingly also writes about flying swans (Pushpaka).

The Pushpaka is Ravana’s Vahan, and he uses it to fly from Sri Lanka to Panchavati (present day Nashik), and to abduct Sita.

Ayodhya is situated in Uttar Pradesh, India, and before PM Oli disputed the territory, has been a seed of communal disharmony. The dispute, which is famous with the slogan #MandirWahinBanayenge has been ongoing since the 1850s.

Hindus believe, the place where Babri Masjid stands is the exact birthplace of Lord Rama, and before Babri Masjid was erected, there used to be a Hindu Temple at the same spot. For generations, Hindus have demanded Muslims leave the temple premises, until post Indian democracy, when the dispute spilled into politics.

In 2019, India’s Supreme Court put the dispute to a rest after assigning the land to build a Ram Temple, and instructing the government to give an alternate five-tract of land to build a mosque.