The Kathmandu Metropolitan City (KMC) office has unveiled the details related to the administration of first dose of Vero Cell vaccine to people between the ages of 60-64 years.

For the five-day-long vaccination drive beginning tomorrow, KMC has divided the dates to receive the jabs on the basis of people’s ages.

Similarly, Lalitpur has kept the vaccination drive for two days – beginning tomorrow. The vaccination centers for Lalitpur will be same as the last time, when second dose of Vero Cell was administered.

Bhaktapur has not yet released its details about the vaccination drive.

The Ministry of Health and Population has said that it will provide the China-made Vero Cell vaccines to people in all seven provinces soon.

China had announced last week a grant of 1 million doses to Nepal, of which 900,800 arrived on Tuesday last week — 800,000 from Beijing and 100,800 from Kunming while the remaining vaccines arrived the next day from Kunming in two flights by Himalaya Airlines.

An additional 200,000 vaccines donated by the Tibet Autonomous Region of China as part of its philanthropic activities had also arrived in the same Himalayan Airlines flights on Wednesday last week. 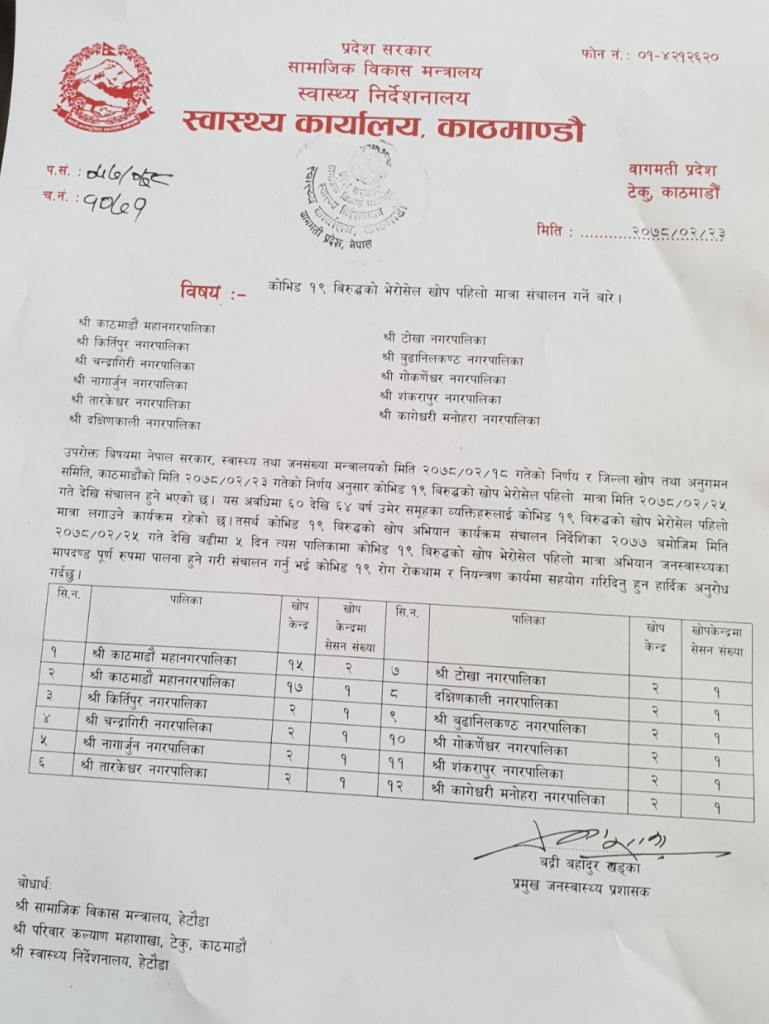