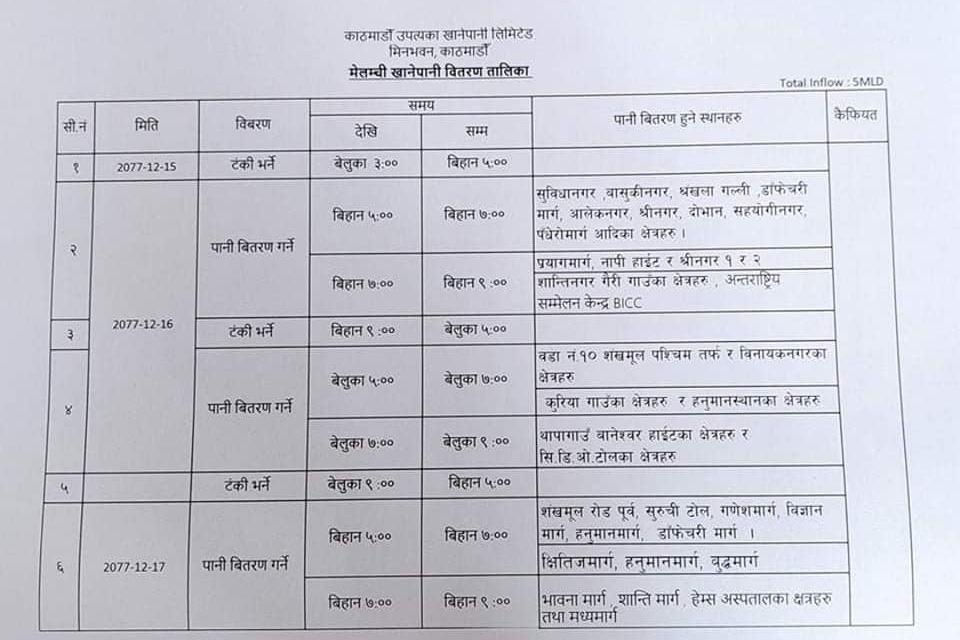 After a wait of about 23 years, Kathmandu residents have finally received the water from Melamchi River.

The Melamchi Drinking Water Project distributed about 40 million liters of water to Kathmandu households for the first time on Sunday. The Kathmandu Valley Drinking Water Limited (KUKL) supplied the water in the old taps at Mahankal, Chabahil, New Road, Min Bhawan and Khumaltar areas and in the new taps in Anamnagar area.

The water was first brought to the Sundarijal treatment plant from the tunnel on March 6.

“We are gradually increasing the water ratio. At present, we have supplied 50 million liters of water to the tunnel from the source,” said Tiresh Prasad Khatri, chief of the Melamchi Drinking Water Project.

“We are currently testing the physical infrastructures and the tunnel. Water supply in full capacity will begin after we are sure that the condition of the tunnel, pipes and streams are good and strong,” he said.

He said that water supply to Bansbari and Balaju areas will begin in a few days.

According to Kamal Shrestha, project chief of the Melamchi Drinking Water Project Directorate, new taps in Anamnagar are currently being tested and locals are getting water supply for two hours daily.

The water supplied from Melamchi will be treated in a treatment plant with the capacity of about 170 million liters at Sundarijal and sent to various ponds. Two processing centers of 8.5 million liters have been constructed.

There are six old ponds in Mahankal, Bansbari, Balaju, Manmanju, Anamnagar and Tingani of Bhaktapur and 10 new ponds have been constructed in the same areas to manage water distribution.

The treated water from Sundarijal will be conveyed to the ponds from the main pipeline of 76 km length. 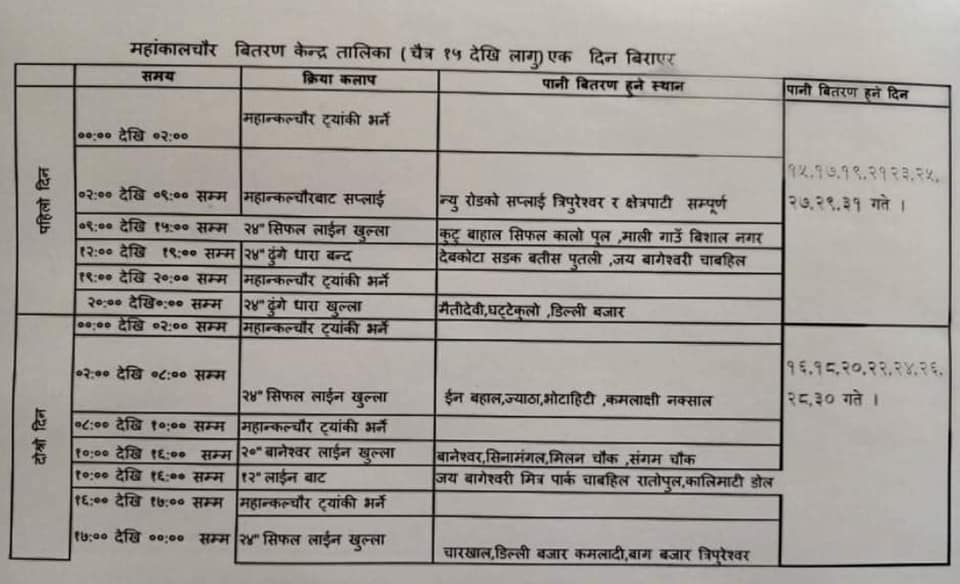