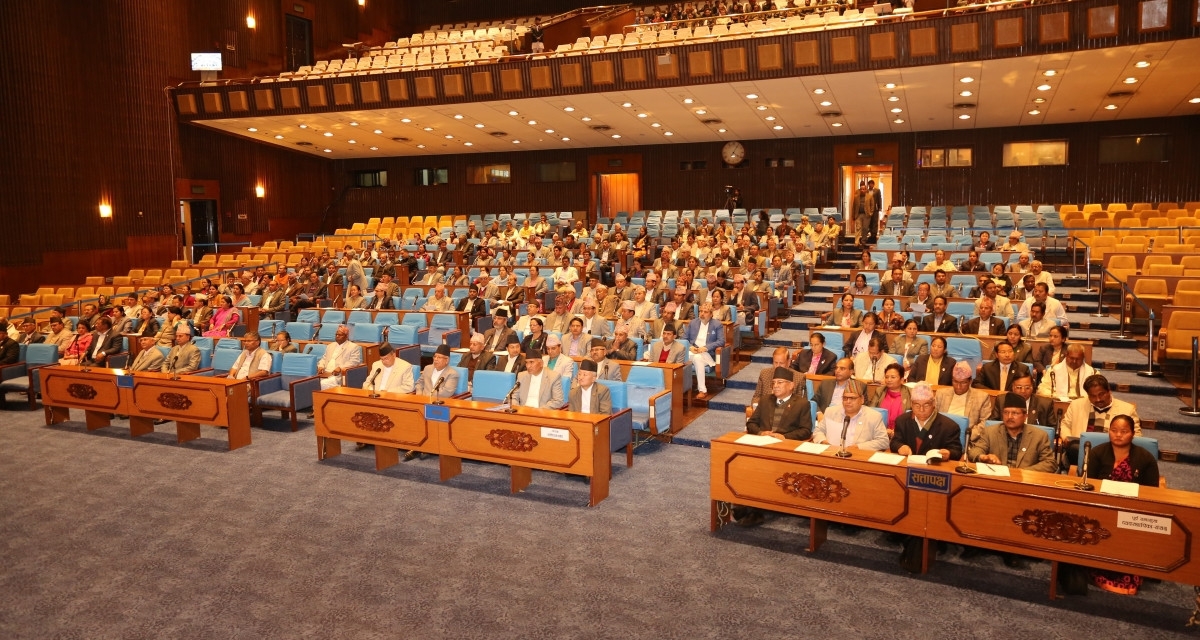 The Information Technology Bill, which has provisions to restrict freedom of expression, was removed from the agenda of the House of Representatives meeting on Thursday after the Nepali Congress and the CPN-Maoist Center protested saying the Bill was contentious at the Business Advisory Committee, an all-party mechanism that finalizes the agenda for House meetings.

The Parliament Secretariat had listed the Bill as one of the possible agendas to be presented at Thursday’s House of Representatives meeting. It said that the Chairman of the Development and Technology Committee Kalyani Khadka will submit the report of the Bill during the meeting.

The Bill provisions up to five years jail term and a fine of up to Rs 1.5 million for writing against the government and ministers on online and social media platforms, including Facebook, Twitter, Instagram, and TikTok.

The report of the Bill was earlier passed by the Development and Technology Committee, without the votes of Nepali Congress lawmakers.

After the Bill was earlier tabled in the parliament but could not be passed, the KP Sharma Oli-led government had even tried to introduce a separate ordinance by keeping the same provisions of the Bill.

The government, however, was forced to back down after widespread protests.

The Bill presented by the Oli-led government got approval from the Development and Technology Committee, with majority votes from UML and CPN-MC lawmakers, in December, 2019 despite protests by Nepali Congress lawmakers.

As per the report passed by the Committee, if the Bill is passed and made into law, individuals and journalists could be jailed on the basis of writing news online, sharing the same news on social media platforms, and sharing contentious political views.

The report of the Bill, passed by the Committee, has provision of imprisonment for up to five years and a fine of up to Rs 1.5 million if any person is found to be constantly teasing, deceiving, humiliating, discouraging, reprimanding, inciting hatred, character assassinating, or insulting individuals, ministers as well as the government on social media.