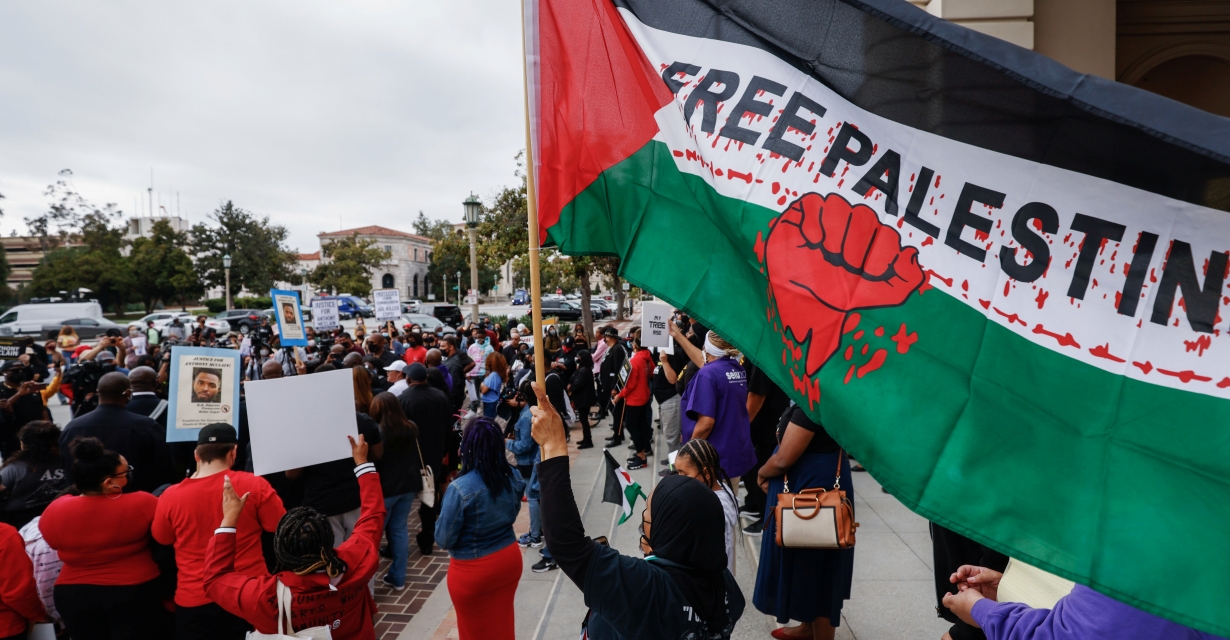 A person holds a "Free Palestine" flag at a Black Lives Matter rally held in support of the family of Anthony McClain in Pasadena, California, U.S., May 17, 2021. REUTERS/Christian Monterrosa
Israel-Hamas truce takes hold after 11 days of bombing
Read Time: 4 minutes

An Egyptian-mediated truce between Israel and Hamas took hold on Friday after the worst violence in years.

Palestinians who had spent 11 days huddled in fear of Israeli shelling poured into Gaza’s streets, embracing one another in celebration in front of bombed-out buildings and along streets covered in wreckage.

Mosque loud-speakers feted “the victory of the resistance achieved over the Occupation (Israel).” Cars driving around East Jerusalem’s Sheikh Jarrah at dawn flew Palestinian flags and honked horns, echoing the scenes in Gaza.

In the countdown to the 2 a.m. cease-fire, Palestinian rocket salvoes continued and Israel carried out at least one air strike.

Each side said it stood ready to retaliate for any truce violations by the other. Egypt said it would send two delegations to monitor the ceasefire.

The violence erupted on May 10, triggered by Palestinians’ anger at what they saw as Israeli curbs on their rights in Jerusalem, including during police confrontations with protesters at Al-Aqsa mosque during the Ramadan fasting month.

The fighting meant many Palestinians in Gaza could not mark the Eid al-Fitr festival at Ramadan’s conclusion. On Friday, postponed Eid meals were held throughout Gaza.

In Israel, radio stations that had carried around-the-clock news and commentary switched back to pop music and folk songs.

Gaza health officials said 232 Palestinians, including 65 children, had been killed and more than 1,900 wounded in aerial bombardments. Israel said it had killed at least 160 combatants.

Authorities put the death toll in Israel at 12, with hundreds of people treated for injuries in rocket attacks that caused panic and sent people rushing into shelters.

Hamas, the Islamist militant group that rules Gaza, cast the fighting as successful resistance of a militarily and economically stronger foe.

“It is true the battle ends today but Netanyahu and the whole world should know that our hands are on the trigger and we will continue to grow the capabilities of this resistance,” said Ezzat El-Reshiq, a senior member of the Hamas political bureau, referring to Israel’s prime minister, Benjamin Netanyahu.

El-Reshiq told Reuters in Doha the movement’s demands included protecting the Al-Aqsa mosque in Jerusalem and ending the eviction of several Palestinians from their homes in East Jerusalem.

After days of Israeli airstrikes that destroyed residential towers and damaged electricity lines, Gaza officials said some 16,800 homes were damaged and residents were getting three or four hours of power compared with 12 hours before the fighting.

Palestinian officials put the cost of Gaza reconstruction in the tens of millions of dollars, while economists said the fighting could curb Israel’s economic recovery from the COVID-19 pandemic. 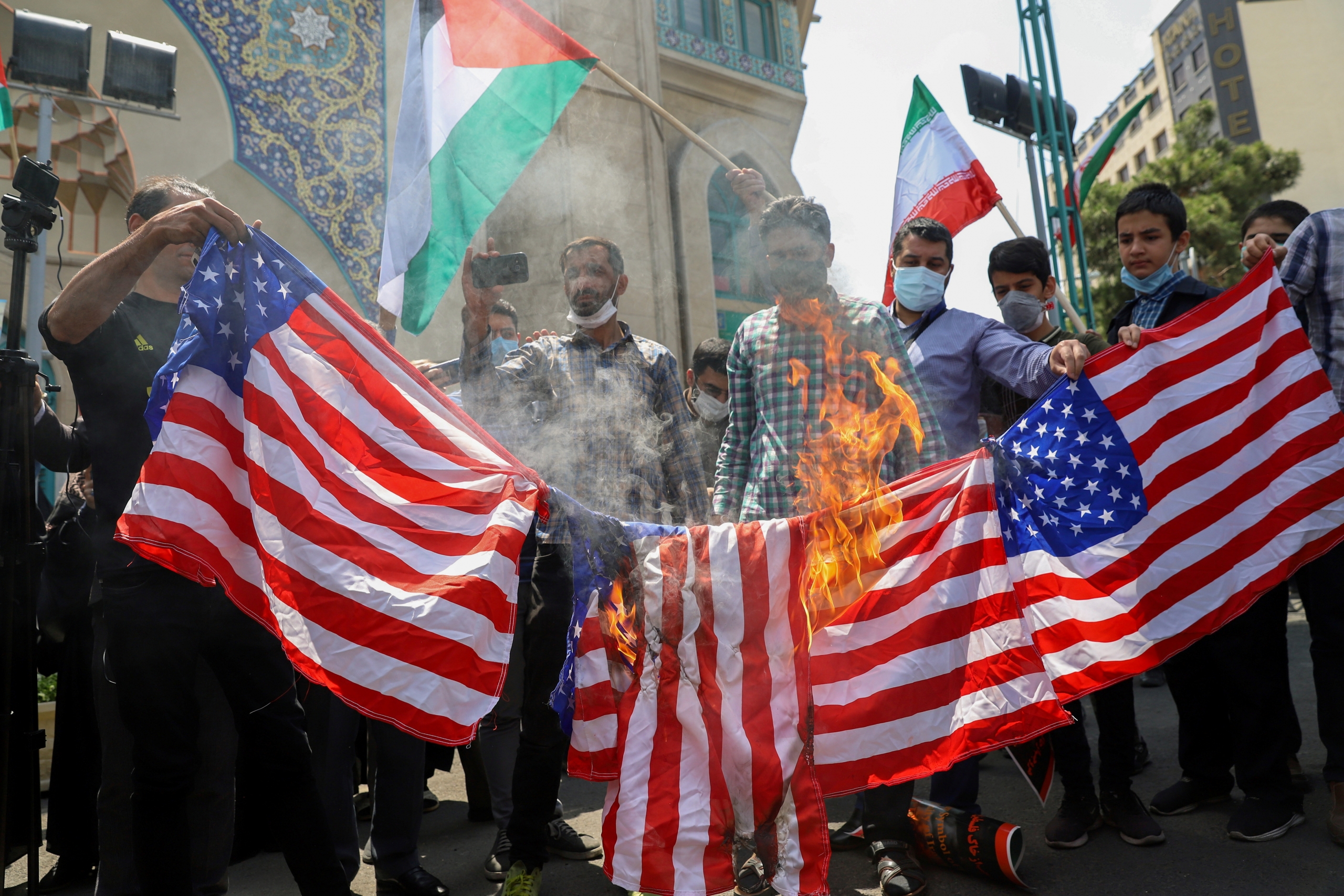 Iranians burn U.S. flags during a protest to express solidarity with the Palestinian people amid a flare-up of Israeli-Palestinian violence, in Tehran, Iran May 18, 2021. Majid Asgaripour/WANA (West Asia News Agency) via REUTERS