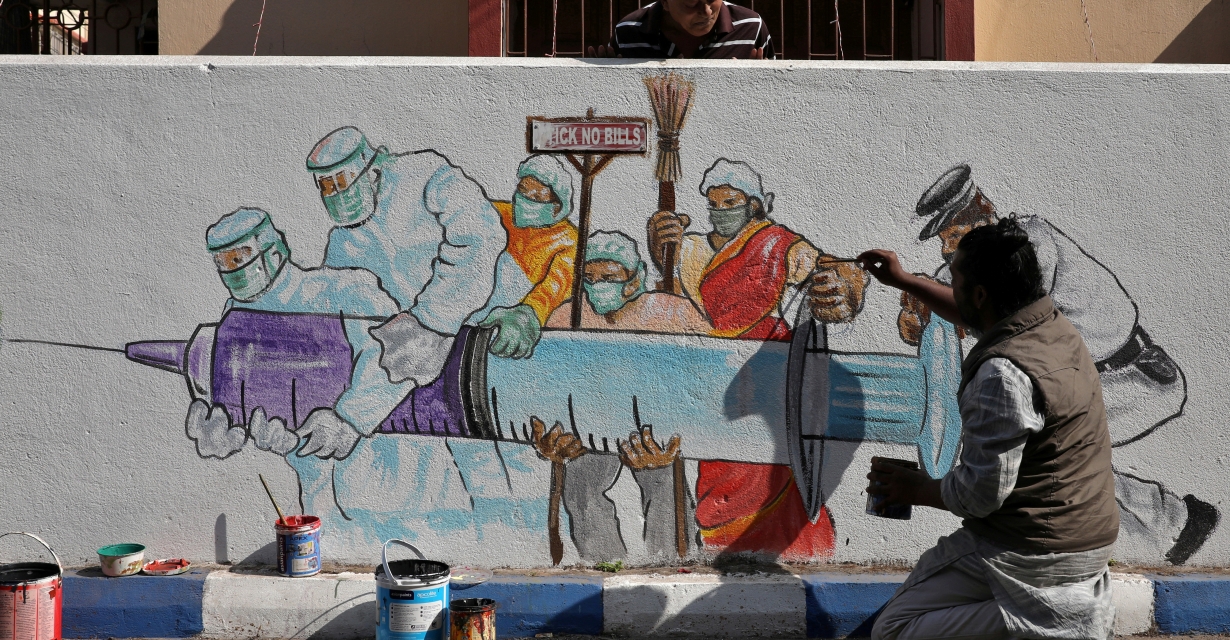 Experts at India’s drugs regulator have recommended for emergency use two coronavirus vaccines, one developed by AstraZeneca and Oxford University and the other backed by a state-run institute, the government said on Saturday.

A government minister said earlier the AstraZeneca/Oxford vaccine had been given the green light on Friday, paving the way for a huge immunisation campaign in the world’s second most populous country.

The government said the final decision on the two vaccines would be made by the Central Drugs Standards Control Organisation’s (CDSCO) chief, who has called a news conference on Sunday. The process for the final approval is expected to be a formality given the urgency for a vaccine in the country with the highest number of COVID-19 infections in the world after the United States.

The other vaccine, known as COVAXIN, has been developed locally by Bharat Biotech and the government-run Indian Council of Medical Research. Citing sources, Reuters reported on Friday that the shot could be approved, though little is known about the results of its clinical trials.

“Grant of permission for restricted use in emergency situation in public interest as an abundant precaution, in clinical trial mode, specially in the context of infection by mutant strains,” the government cited the experts’ recommendation for COVAXIN, referring to the new strain of the virus first detected in Britain.

For the AstraZeneca/Oxford vaccine, the approval was “subject to multiple regulatory conditionalities”, it said, without giving details.

The regulator is likely to approve administering two doses for both vaccines, each four weeks apart, two sources with knowledge of the matter told Reuters on Saturday. Calls to CDSCO were unanswered outside regular business hours.

Information and Broadcasting Minister Prakash Javadekar told reporters earlier that two other vaccines were waiting to be approved – Zydus Cadila’s ZyCoV-D and Russia’s Sputnik V that are both on trial in India.

“India is perhaps the only country where four vaccines are getting ready,” he said.

“One was approved yesterday for emergency use, Serum’s COVISHIELD.” he said, referring to the fact that the AstraZeneca/Oxford shot is being made locally by the Serum Institute of India (SII).

The CDSCO is expected to announce the dosage and other details about the shot later. SII had applied for a two full-dose regime about 28 days apart.

The AstraZeneca/Oxford vaccine, which was granted its first approval by Britain on Tuesday, is cheaper and easier to use than some rival shots, such as the one from Pfizer Inc – a major advantage in tackling a pandemic that has claimed more than 1.8 million lives worldwide.

However, it has been plagued by uncertainty about its most effective dosage ever since data published in November showed a half dose followed by a full dose had a 90% success rate while two full shots were 62% effective.

The efficacy of the Indian vaccine could “go up much more” than 60% after two doses are given, a source with knowledge of the matter told Reuters.

India’s regulator has also received an emergency-use application for the COVID-19 vaccine made by Pfizer with Germany’s BioNTech – the first shot to secure regulatory approval in the West.

India has reported more than 10.3 million COVID-19 cases and around 150,000 deaths, though its rate of infection has come down significantly from a mid-September peak.

The country hopes to inoculate 300 million of its 1.35 billion people in the first six to eight months of this year.

SII, the world’s biggest producer of vaccines, has already stockpiled about 50 million doses of the AstraZeneca/Oxford shot, which will be sold to the government at about 250 rupees ($3.42) per dose and 1,000 rupees on the private market.