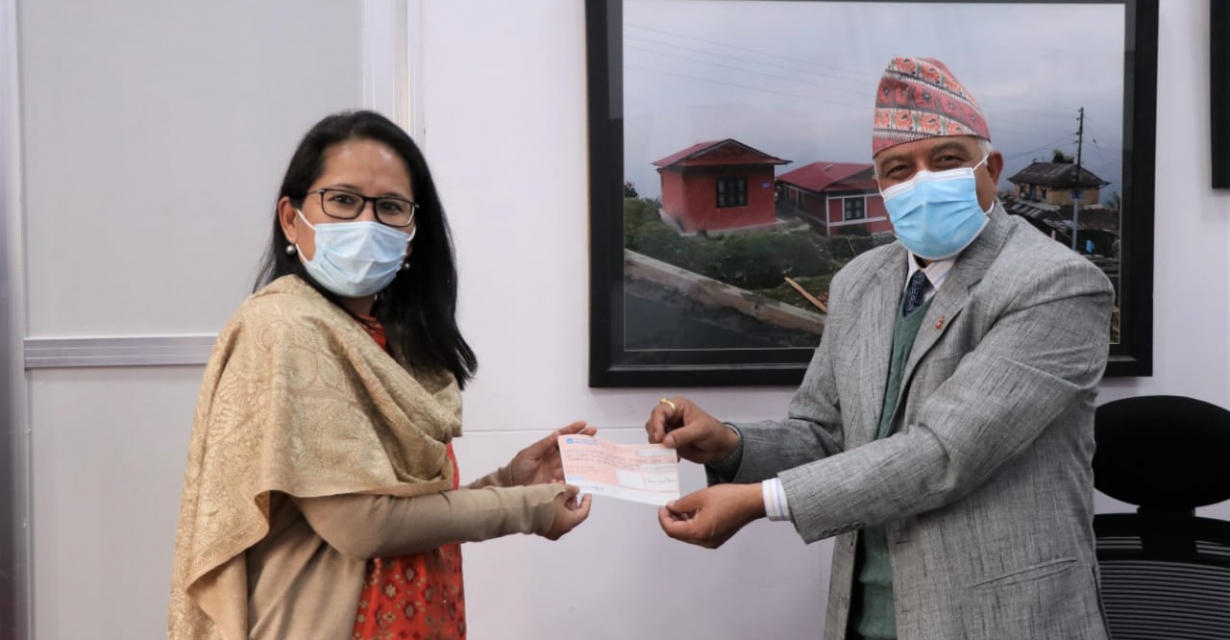 Namgya Khampa, Deputy Chief of Mission at the Embassy of India in Nepal met Shushil Gyawali, CEO of National Reconstruction Authority (NRA) on Wednesday handed over a cheque of NRs 306.6 million towards reconstruction of educational institutions in earthquake affected districts of Nepal.

Under India’s committed grant assistance of US $ 50 million towards reconstruction of educational institutions in Nepal, 71 projects have presently been taken up by NRA, including the Central Library building of Tribhuvan University.

These projects are located in Gorkha, Nuwakot, Ramechhap, Dolakha, Kavre, Dhading, and Sindhupalchowk districts of Nepal. While 3 schools in Gorkha and 5 in Nuwakot have been completed, construction of 56 schools in five districts is underway and seven schools are in final stage of award of contract.

During the meeting, progress of various Government of India funded reconstruction projects in housing, health and cultural heritage sectors were also discussed.

While housing sector projects are nearly completed and handed over to beneficiaries, projects in education, health and cultural heritage sectors are at various stages of active implementation.