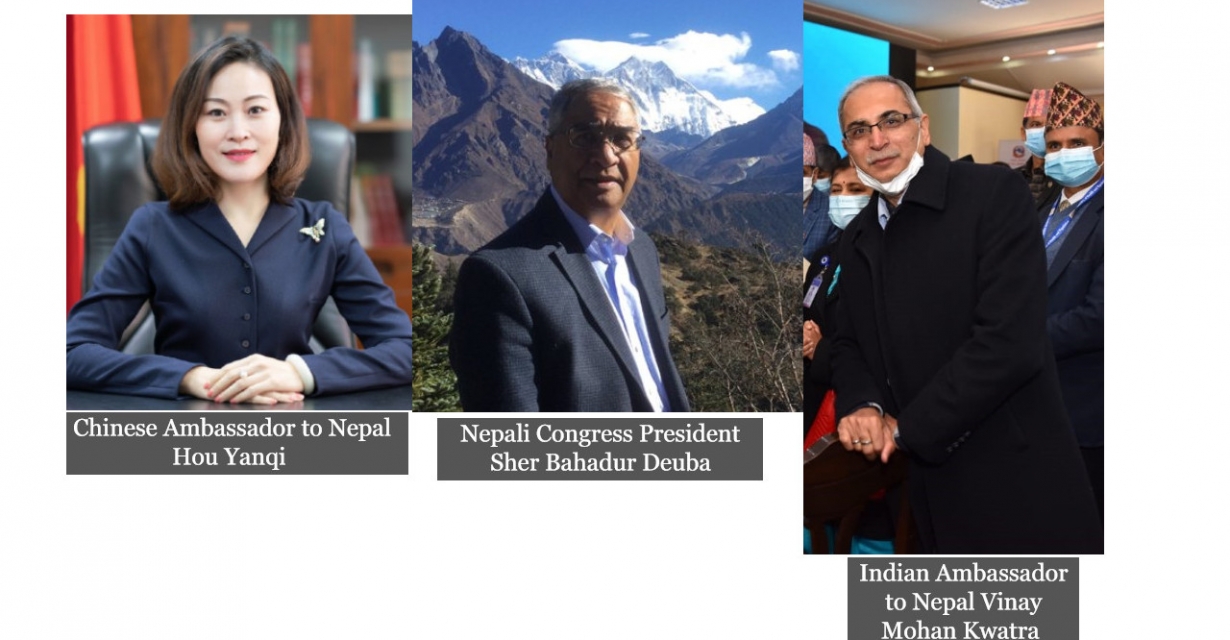 With the latest political developments in Nepal, the ambassadors of China and India have once again become active.

The leaders reportedly discussed latest political developments in Nepal and course of action when the Parliament resumes.

The apex court’s ruling for reinstatement of Parliament has dealt a blow to Prime Minister Oli two months after he dissolved the house and called for an early election amid squabbling within the ruling Nepal Communist Party (NCP).

The ruling means Oli, who was elected in 2018 following his party’s landslide win in an election in 2017, could face a no-confidence vote once parliament re-sits.

The verdict was welcomed by opposition parties and opponents from his own party who have launched street protests across the country since the dissolution.

Though the embattled Prime Minister, according to his press aide, will not resign but face a floor test in parliament instead, his rivals Pushpa Kamal Dahal and Madhav Nepal have said that they reject his autocratic style of functioning and the latest court order proved his inability to govern.

Political turmoil has rocked Nepal since last December, when Oli suddenly dissolved parliament and announced the elections, blaming ruling party leaders for a lack of co-operation on key matters of policy.

All lawmakers opposed to the Prime Minister are engaged in talks over their next move, said Narayan Kaji Shrestha, a senior NCP leader who organised countrywide protests against Oli in the past months.

“If Oli does not resign then parliament will take a decision on his political fate,” Shrestha said adding that the tourism-dependent economy battered by the coronavirus needs a stable government.