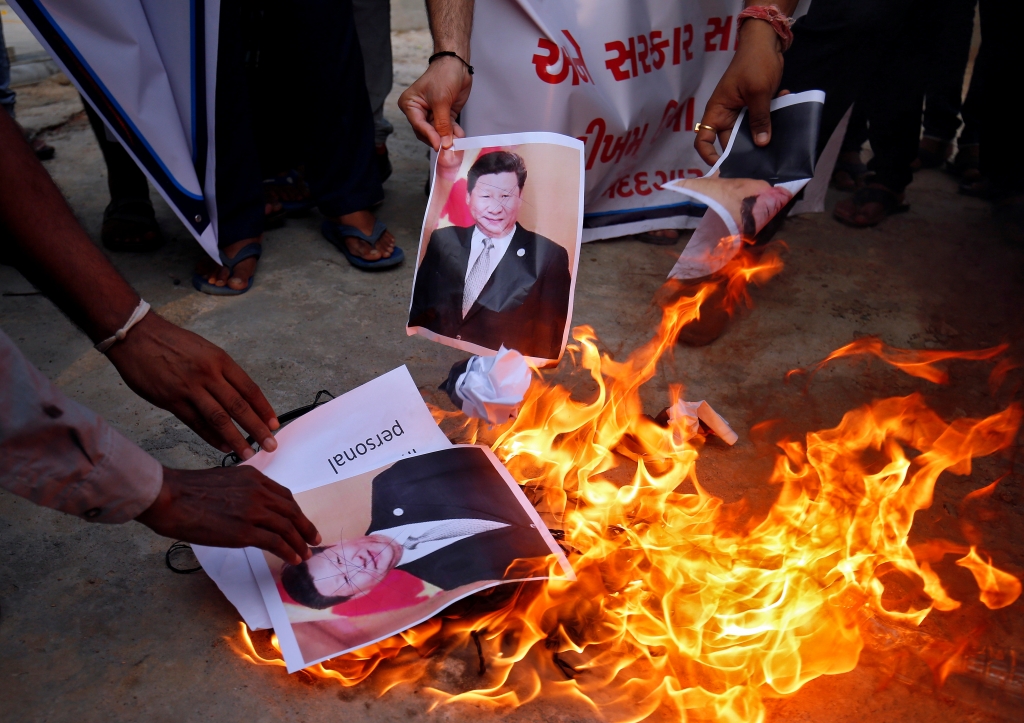 NEW DELHI/SRINAGAR June 16 (Reuters) – India’s army said on Tuesday 20 of its soldiers had been killed in clashes with Chinese troops at a disputed border site, in a major escalation of a weeks-long standoff between the two Asian giants in the western Himalayas.

An Indian government source said the troops had fought with iron rods and stones, and that no shots had been fired.

The deaths were the first since the last major border clash in 1967 between the nuclear-armed neighbours – also the world’s two most populous countries – which have been unable to settle the dispute along their lengthy frontier.

China and India have traded accusations over who was to blame for Monday’s clashes in the snow deserts of Ladakh, which came after military commanders held meetings to resolve the situation.

Since early May, hundreds of soldiers have fronted up against each other at three locations, each side accusing the other of trespassing.

On Monday night, a group of soldiers came to blows in the Galwan Valley, the Indian army said in a statement, adding that the two sides had now disengaged.

The two sides had been discussing ways to de-escalate but at some point, an Indian government source said, China’s People’s Liberation Army had turned on a group of Indian soldiers that included an officer.

“They attacked with iron rods, the commanding officer was grievously injured and fell, and when that happened, more soldiers swarmed to the area and attacked with stones,” said the source, who had been briefed on the matter.

The Chinese side brought in reinforcements and the brawl went on for a couple of hours, the source said.

“Both sides suffered casualties that could have been avoided had the agreement at the higher level been scrupulously followed by the Chinese side,” Indian foreign ministry spokesman Anurag Srivastava said in a statement.

A Chinese foreign ministry spokesman said there had been a serious violation of a consensus reached by the two countries.

“What’s shocking is that on June 15, the Indian side severely violated our consensus and twice crossed the border line and provoked and attacked the Chinese forces, causing a violent physical confrontation between the two border forces,” Zhao Lijian told reporters in Beijing. 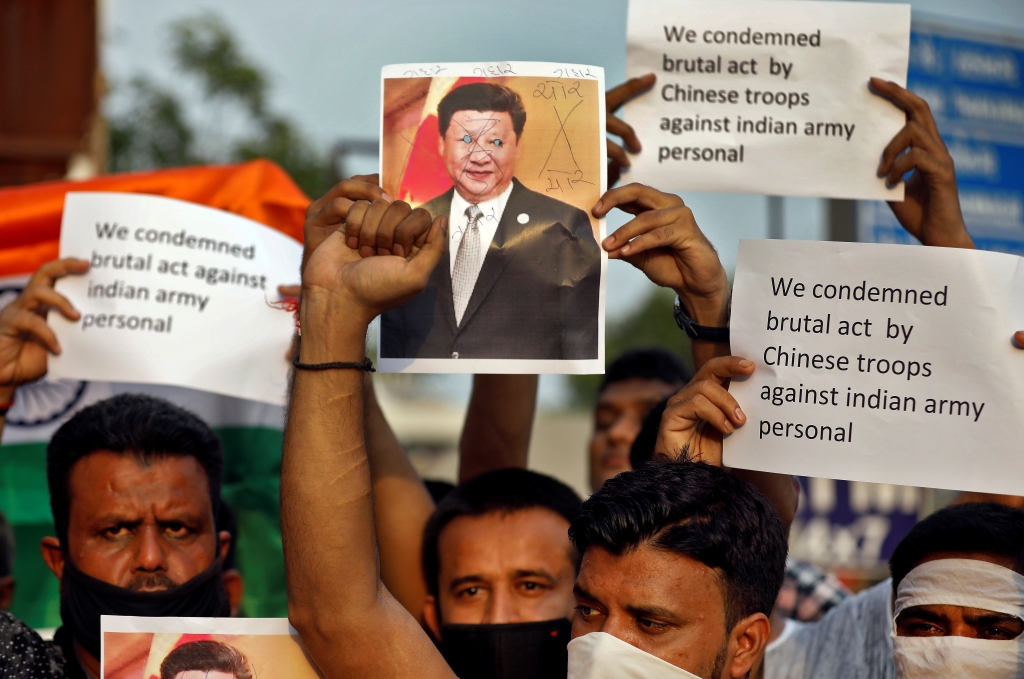 Demonstrators hold placards and a defaced poster of Chinese President Xi Jinping as they shout slogans during a protest against China, in Ahmedabad, India, June 16, 2020. REUTERS/Amit Dave

India and China fought a brief but bloody border war in 1962 and distrust has occasionally led to flare-ups ever since.

Border guards have had skirmishes and fist fights when patrols have confronted each other, but there has been no loss of life from clashes at the border since 1967.

“This is extremely, extremely serious, this is going to vitiate whatever dialogue was going on,” former Indian army commander D. S. Hooda said.

Military experts say one reason for the face-off is that India has been building roads and airfields to improve connectivity and narrow the gap with China’s far superior infrastructure.

At Galwan, India completed a road leading to an airfield last October. China has asked India to stop all construction.

India says it is operating on its side of the Line of Actual Control, the de facto border.