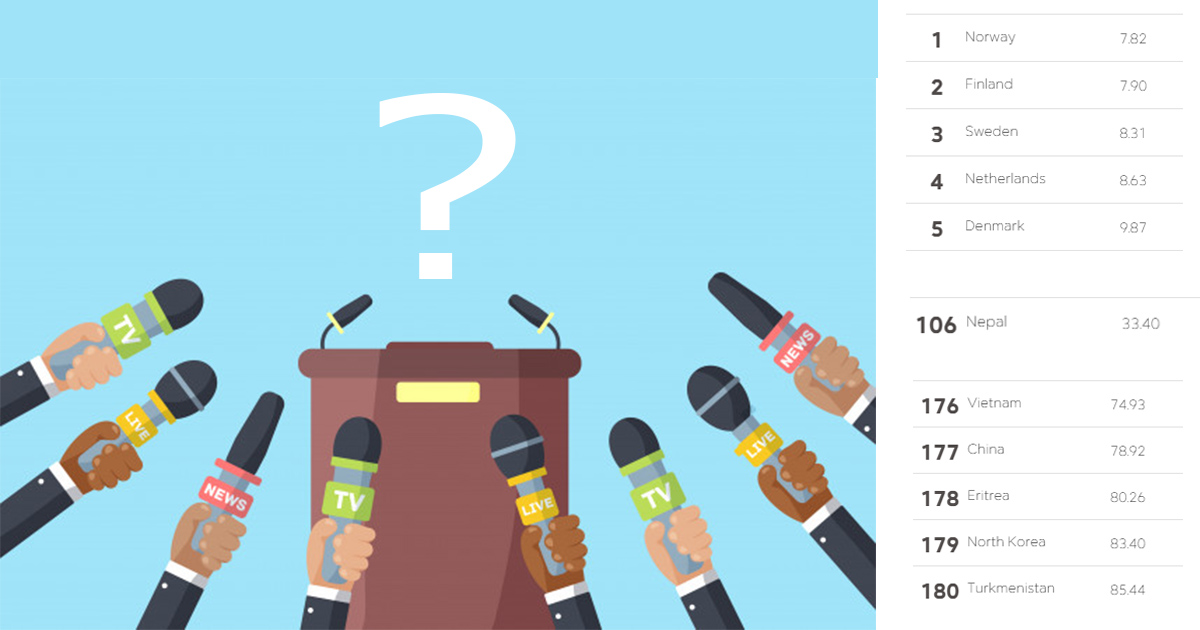 In another example of info-block, Oli warns against leaking information to media
Read Time: 4 minutes

Talks of Prime Minister KP Sharma Oli warning his ministers and party members against sharing information with the media have been making rounds of late.

Several national dailies, print and online, have quoted minsters close to Oli as saying that Oli is “increasingly unhappy about the leaking of information about government and party decisions to the media”.

A communist governance not only dictates control of property ownership but also information. Of late, the government led by Oli has tried and tested various methods to curtail free flow of information as well as Freedom of Expression.

Registration of the IT Bill, Special Services Bill, and Media Council Bill – all aimed at surveilling, punishing, and controlling information — at the parliament is the greatest example of the Oli-led government’s mission to keep the public in dark.

The World Press Freedom Index by Reporters Without Borders states, “KP Oli sang the praises of press freedom and pluralism when he was in opposition but, since becoming prime minister in February 2018, he has tried to gag journalists by getting parliament to pass extremely draconian legislation. The new criminal code adopted in August 2018 contains several provisions that hamper investigative reporting and restrict criticism of public figures.”

It adds, “The government has also tried to get parliament to pass a law providing for a journalistic content regulator whose members would be named directly by the executive. Another disturbing development is the “anti-media rhetoric” which government representatives have begun using and which has been widely reproduced in the government’s newspapers, radio stations and TV channels. With the threat of prosecution and continuing violence in the field, the environment for journalists working for independent media outlets has been extremely difficult.”

The latest example was when the government scrapped the decision to let people travel out of Kathmandu and instead blamed the media for spreading false information.

The government was also quick to sweep its faults under the rug by deleting the verified Facebook page of the Office of the Prime Minister and Council of Ministers (now restored), where the decision was posted. 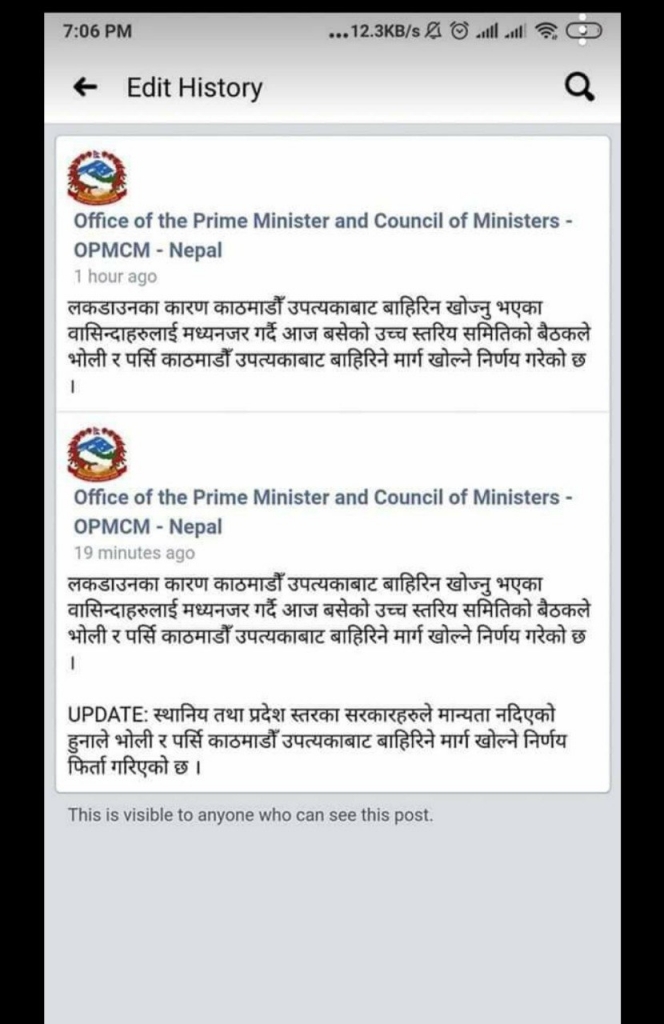 Amid this global pandemic, even doctors are dissatisfied with the way the government is blocking information. The government has mandated that the PCR test results of suspected COVID-19 patients must first be sent to the Ministry of Health, which will then make the report public at its own convenience.

Even doctors working in the front line are not informed about the result and they have to wait for information from the ministry while constantly being exposed to (suspected) coronavirus patients, mostly without proper protective gears.

There is little to no information regarding how far along we are regarding contact tracing people who came from abroad, what happened with the quality check of the controversial rapid diagnostic testing kits imported from China by Omni Group, when will the government be able to import another batch of testing kits and other medical equipment after Omni’s contract was cancelled, and what is the government’s policy for those who are stranded at different places within the country due to the sudden enforcement of a nation-wide lockdown.

Now, in a democratic country while it’s the duty of the media to ask difficult questions and tell the bitter truth, the government on the other hand has taken media as its enemy. Media is one of the four pillars in a democracy and its duty is to not only inform the public but also scrutinize the government’s works so that there is constant improvement.

The Oli-led government has been mired in countless controversies ever since it came to power. However, instead of being transparent about its working style and decisions with the media as well as the public, the incumbent government has repetitively blamed the media for “not seeing its good works”.

Freedom of Expression and Right to Information are enshrined in the constitution as our fundamental rights. But the ones who helped in drafting the constitution seem to have forgotten what they’d promised.