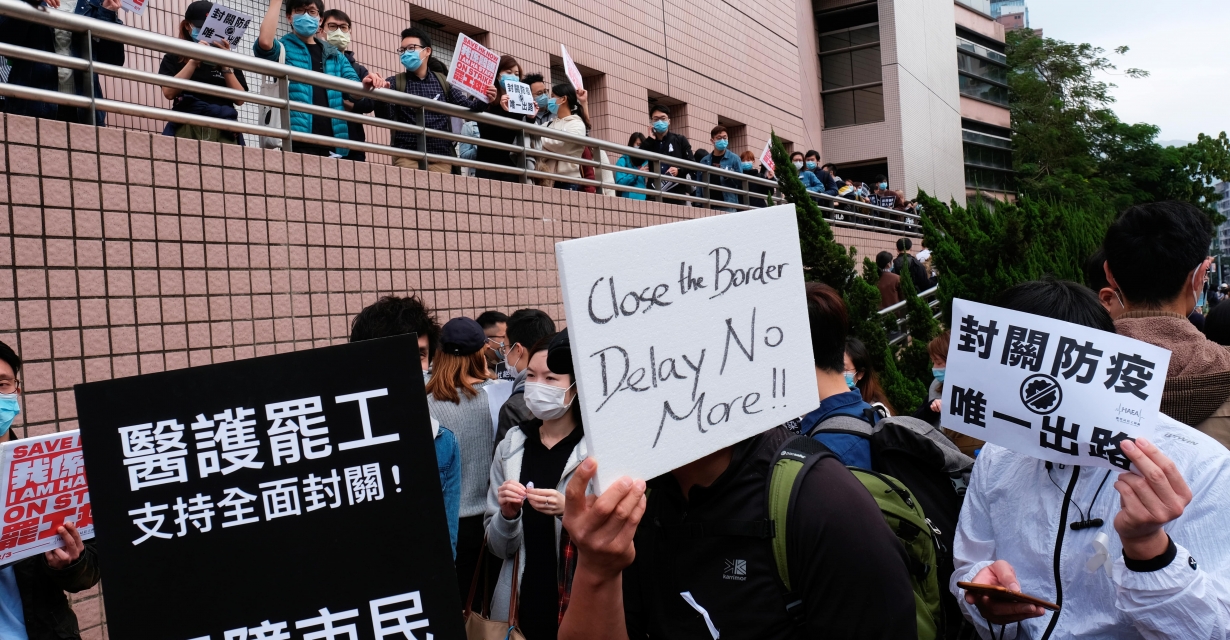 HONG KONG/BEIJING, Feb 4 (Reuters) – Hong Kong reported its first death from the newly identified coronavirus on Tuesday, the second fatality outside mainland China from an outbreak that has killed over 420 people, spread around the world and raised fears for global economic growth.

China’s currency and stock markets steadied in choppy trade after anxiety over the spreading coronavirus on Monday hit the yuan and erased some $400 billion in market value from Shanghai’s benchmark index.

More foreigners were evacuated from China’s locked down central city of Wuhan, the epicentre of the outbreak, and thousands of people were stranded on a Japanese cruise ship after one passenger tested positive for the virus.

The Hong Kong fatality brought the total death toll from the virus to 427, including a man who died in the Philippines last week after visiting Wuhan. Chinese authorities said the toll in China rose by a record 64 from the previous day to 425, mostly in Hubei province of which Wuhan is the capital.

New cases were reported in the United States including a patient in California who was infected through close contact with someone in the same household who had been infected in China.

It marked the second instance of person-to-person spread of the virus in the United States after another such case was reported last week in Illinois.

“We expect to see more cases of person-to-person spread,” said Dr. Nancy Messonnier, director of the National Center for Immunization and Respiratory Diseases at the U.S. Centers for Disease Control and Prevention (CDC).

The World Health Organization (WHO) has declared the flu-like virus a global emergency, although experts say much is still unknown about the pathogen, including its mortality rate and transmission pathways.

Such uncertainties are leading some countries to take extreme measures to stem the spread of the virus. Australia sent hundreds of evacuees from Wuhan to a remote island in the Indian Ocean, while Japan ordered the quarantine of a cruise ship carrying more than 3,000 people after a Hong Kong man who sailed on it last month tested positive for coronavirus.

In Hong Kong, hospital staff said the 39-year-old male victim had a pre-existing chronic illness and had visited Wuhan in January before falling ill.

Hundreds of medical workers in the former British colony held a second day of strikes to force the government to completely close the city’s borders with mainland China, a day after embattled leader Carrie Lam left three remaining checkpoints open. 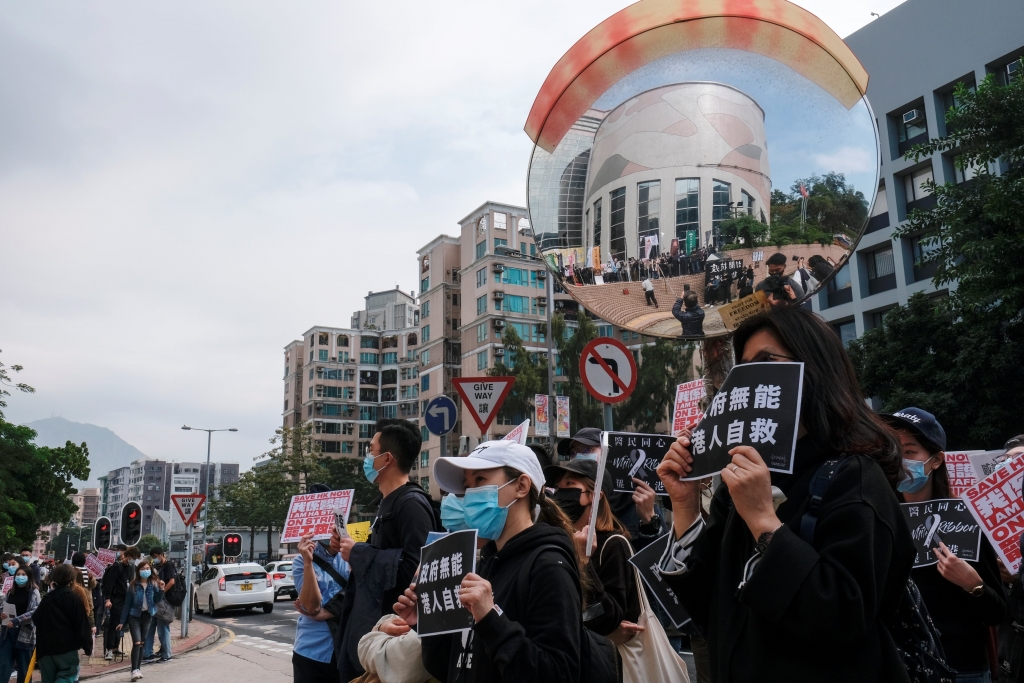 Medical workers hold a strike outside the Hospital Authority as they demand for Hong Kong to close its border with China to reduce the coronavirus spreading, in Hong Kong, China February 4, 2020. REUTERS/Tyrone Siu

The Asian financial centre has confirmed 15 cases of the coronavirus, yet the city’s public hospital network is struggling to cope with a deluge of patients and measures to contain the epidemic.

Hong Kong was badly hit by Severe Acute Respiratory Syndrome (SARS), another coronavirus that emerged from China in 2002 and killed almost 800 people around the world. According to WHO figures, SARS killed 299 people in Hong Kong during that outbreak.

Chinese data suggest that the new virus, while much more contagious than SARS, is significantly less lethal, although such numbers can evolve rapidly.

In Wuhan, authorities started converting a gymnasium, exhibition centre and cultural complex into makeshift hospitals with more than 3,400 beds for patients suffering from mild cases of the infection, the official Changjiang Daily said.

The United States said on Friday it would block nearly all foreign visitors who have been to China within the past 14 days, joining Australia, Singapore, New Zealand, Vietnam and others who have imposed similar entry restrictions.

A day after accusing Washington of scaremongering, Beijing said it would welcome assistance from the United States to fight the outbreak.

“China has noted that the United States has repeatedly expressed its willingness to provide assistance to China, and hopes that the relevant assistance will be provided soon,” foreign ministry spokeswoman Hua Chunying said in a statement on the ministry’s website.

The White House said China had accepted its offer to have U.S. experts as part of a WHO mission to study and help combat the virus.

With Wuhan and some other cities in virtual lockdown, travel severely restricted and China facing increasing international isolation, fears of wider economic disruption are growing; sources at the OPEC oil cartel said producers were considering cutting output by almost a third to support prices.

Airlines around the world have stopped flights to parts of China. A suspension by the United Arab Emirates on Monday will affect the Gulf airlines Etihad and Emirates.

Some economists predict world economic output will be cut by 0.2 to 0.3 percentage points due to China’s lockdown.