Minister of Health Hridayesh Tripathi today received medical aid sent by the French Government to Nepal at the Tribhuwan International Airport in Kathmandu.

According to the press release issued by the French Embassy in Nepal, the materials were handed over to Minister Tripathi by French Ambassador François-Xavier Léger. Ambassadors of the Delegation of the European Union, Germany and Finland were also present at the occasion.

The materials were delivered by an Airbus A350 which was put in place by the Airbus Foundation as a courtesy.

Meanwhile, the government is preparing to send Chinese vaccine to all seven provinces on Thursday.

According to the Department of Health Services, the Chinese vaccines brought to Kathmandu on Tuesday will be administered to people between 60 and 64 years of age in all seven provinces.

“As it is not possible to inoculate everyone with the current stock of vaccines, the state-run health directorates have been instructed to vaccinate a limited age group so that inoculated citizens can get their second dose,” said Health Ministry Spokesperson Dr Jageshwor Gautam.

Dr Gautam said the central government will run the vaccination campaign in collaboration with the provincial health directorates.

He added that he was not sure how many doses of vaccine would be given to which states.

China had announced last week a grant of 1 million doses to Nepal, of which 900,800 arrived on Tuesday — 800,000 from Beijing and 100,800 from Kunming. The remaining vaccines is being brought today from Kunming in two flights by Himalaya Airlines.

An additional 200,000 vaccines donated by the Tibet Autonomous Region of China as part of its philanthropic activities will also arrive in the same flights. 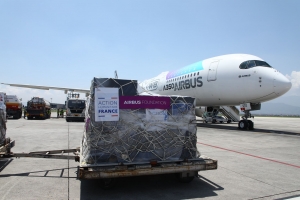 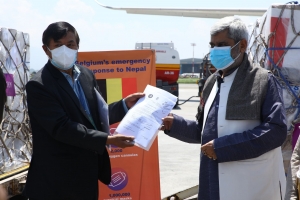 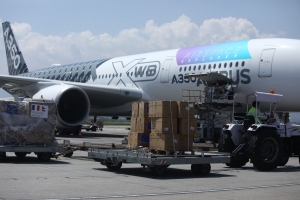 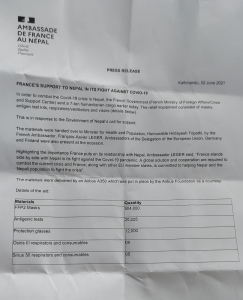