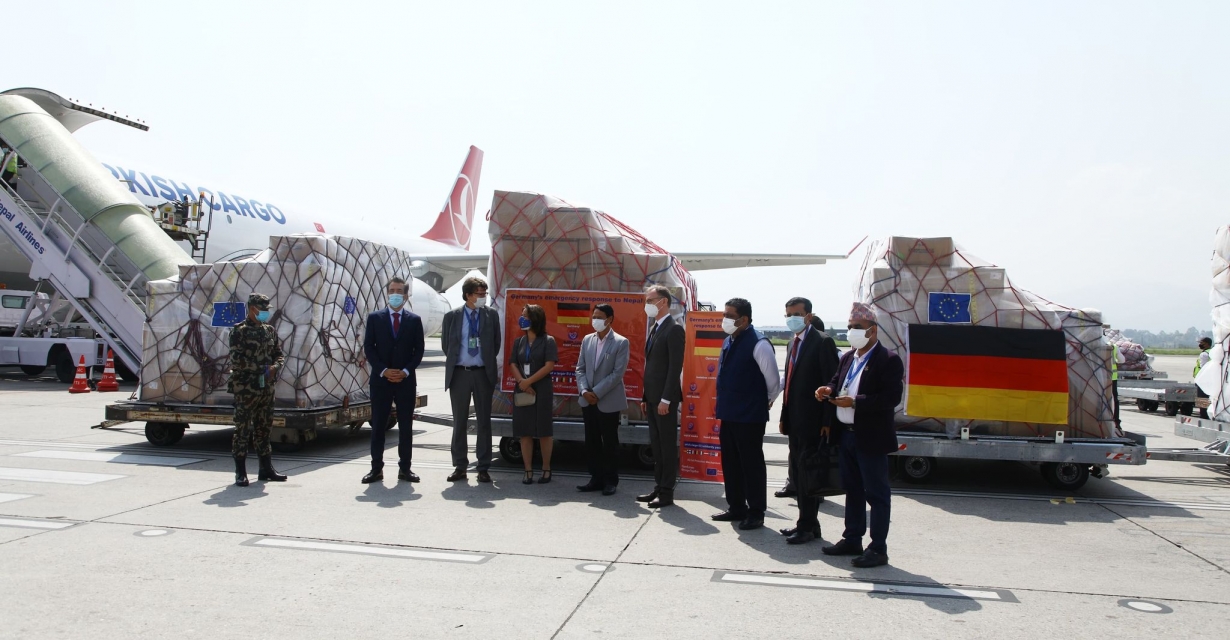 Germany has provided Nepal with protective gears in a bid to contain the rapid surge of COVID-19 infections.

The first shipment of COVID-aid arrived on Tuesday and German Ambassador to Nepal Roland Schäfer handed over the materials to Minister of Health and Population Sher Bahadur Tamang at Tribhuvan International Airport.

In recent weeks, Nepal has received a series of shipments as COVID-aid from EU member states (Spain, Finland, France and Belgium) and more are to come.

The shipment from Germany is also facilitated through the EU Civil Protection Mechanism in response to the Government of Nepal’s call for support.

“We also need more vaccines, to make us all safe. The EU has already exported 240 million doses to 90 countries, which is about as much as we have used within the EU. And the European industrial partners have committed to deliver 1.3 billion doses of vaccines before the end of 2021 to low-income countries at no-profit and to middle-income countries at lower prices. Nepal should be able to receive or purchase its share of vaccines by the end of the year,” Ambassador Schäfer said.

Listed below are the grants provided by various nations and organizations to Nepal in its fight against COVID-19:

Nepal has so far received COVID-19 vaccines as grant from China, India and COVAX.

China has provided 1.8 million doses of vaccine to Nepal twice as a grant. India donated 1 million Covishield vaccines. The Indian Army has donated 100,000 doses to the Nepal Army. As many as 348,000 doses were received the COVAX Facility.

Nepal government has so far received 6,245 oxygen cylinders as grant from various countries.

According to the government data, Nepal has so far received 1.245 million antigen test kits from various countries and organizations. The Swiss Embassy in Nepal provided 1.1 million antigen kits, Spain 124,800 and France 20,225.

Various countries and organizations have also provided N-95 masks to Nepal. Countries including France, Spain and Switzerland have provided a total of 758,000 N-95 masks. According to government data, Nepal has also received 7.5 million surgical masks so far. 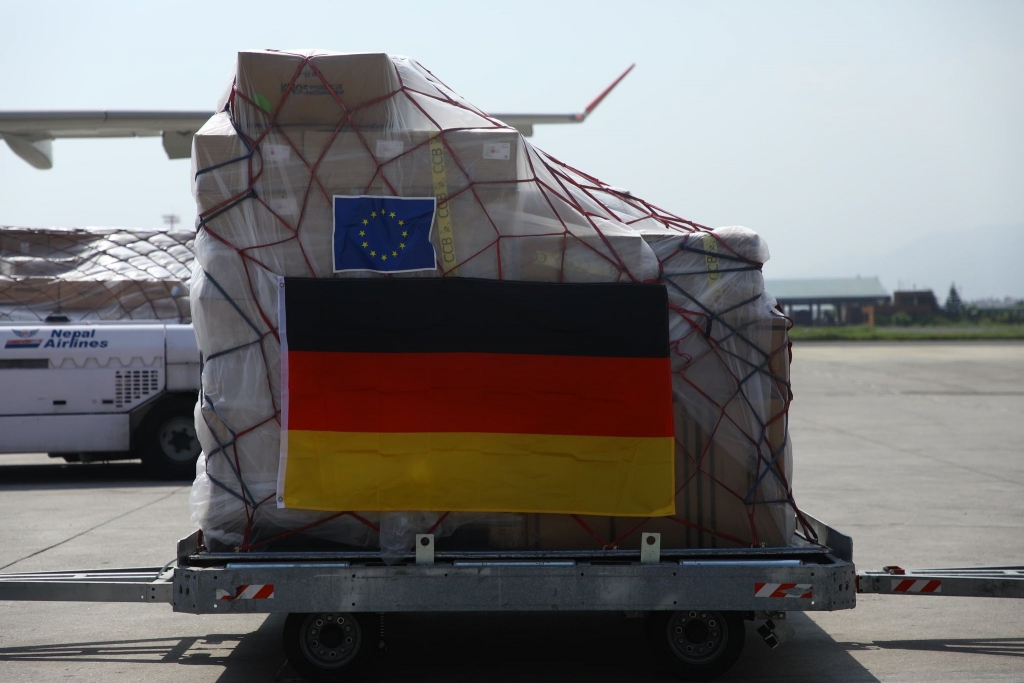 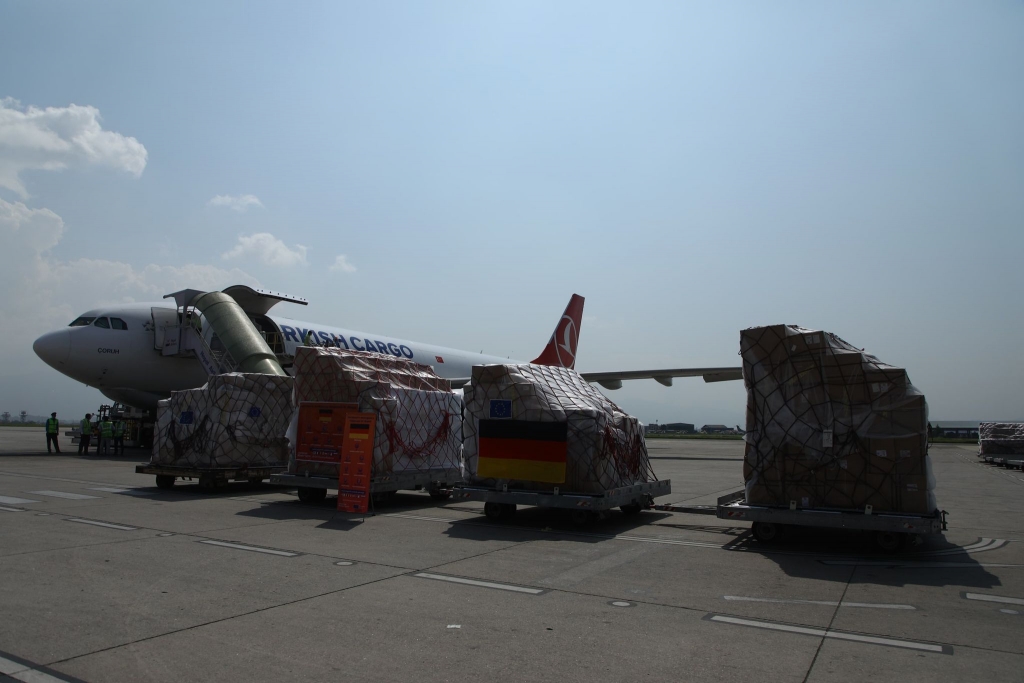 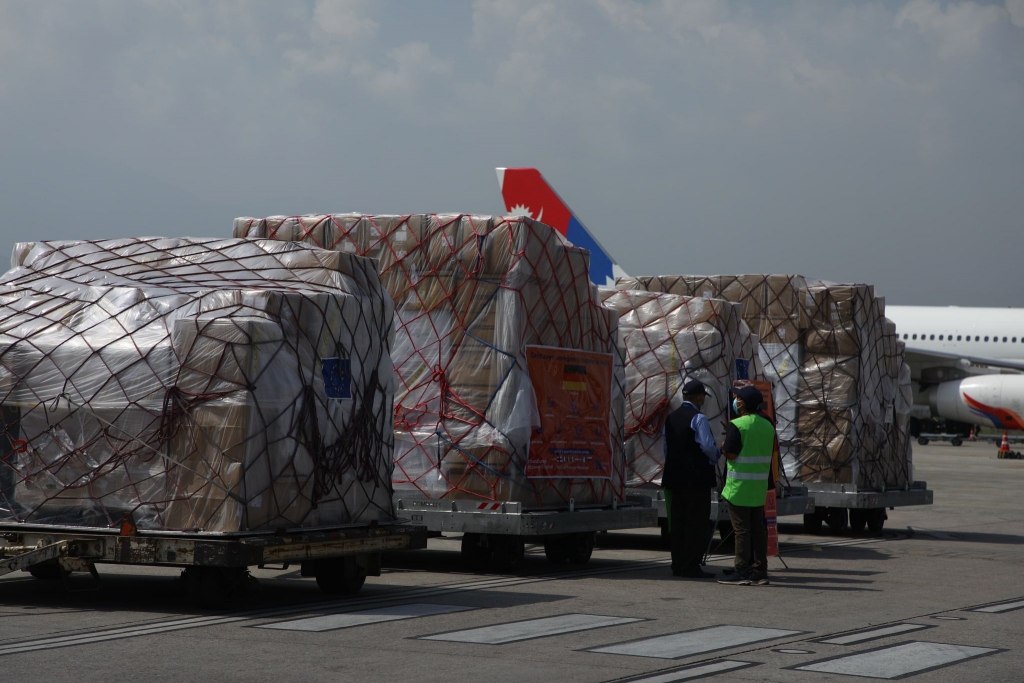