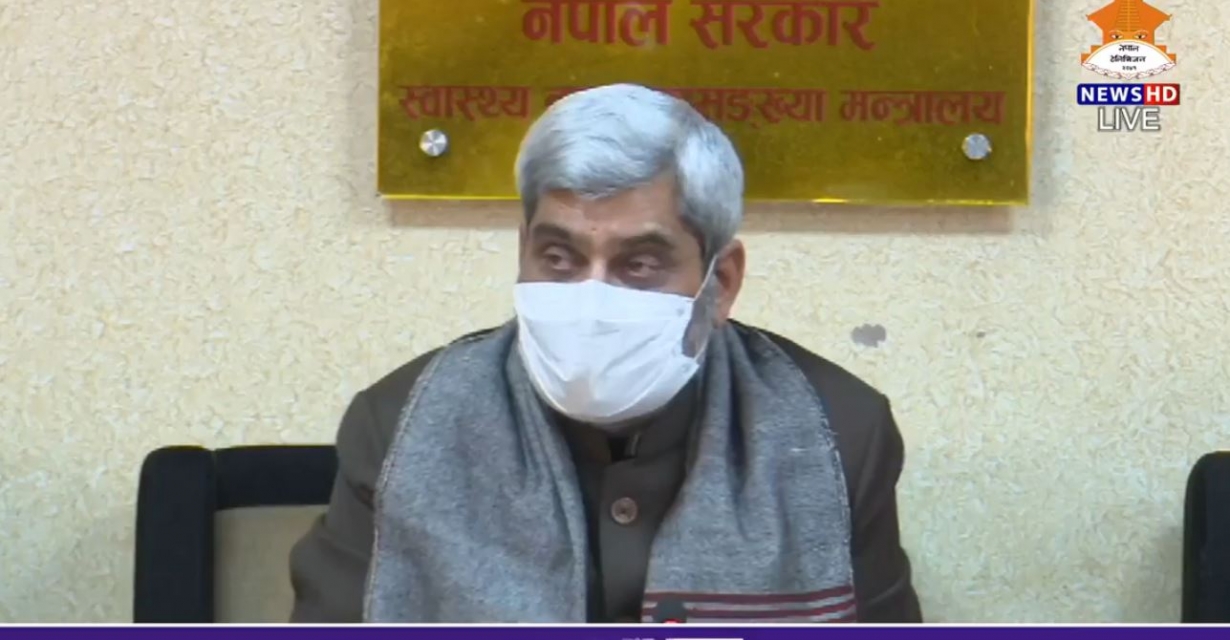 During a press meet held at the Ministry of Health and Population on Monday, Minister Hridayesh Tripathi said that the government was planning to set up 16,000 vaccination centers to inoculate citizens against COVID-19.

He added that as many as 5,000 staff and 52,000 women health care volunteers would be mobilized for the vaccination program.

Minister Tripathi further informed that the government was planning to run a vaccination campaign and build 5, 10 and 15 bed-hospitals in each municipality.

“We do not want to exclude the private sector in the vaccine procurement process. The vaccines will be brought to Nepal as soon as possible, just like other countries have done,” he said.

Minister Tripathi went on to say that the vaccination procurement process would be transparent and distribution would be fair, adding that health care workers, senior citizens, chronically ill and those working in the frontline will be prioritized for the jab.

“The Ministry has already completed data collection process for the same and the government will drive the inoculation program as its campaign and mission,” he said.

Urging for calm and patience, Minister Tripathi claimed that works related to vaccine procurement, storage, and distribution were underway.

“Talks with the ambassadors of vaccine developing nations have already been held and I have personally discussed procurement procedure with Nepal’s ambassadors to India, Russia and the UAE.”

Minister Tripathi said his Ministry was prepared to start vaccination program within seven days of receiving the vaccines.

“The government is not in the mood to stop the private sector from bringing in vaccines, so private agents will also be allowed to import vaccines,” he said.