The Hotel Association Nepal (HAN) has once again reduced the wages of the staffers working in hotels under the association.

As per the new agreement, workers of five-star hotels and resorts will receive Rs 5,000 per month from now onwards against Rs 10,000 a month they were receiving earlier.

Similarly, workers of four-star hotels and resorts will receive Rs 4,000 per month while they had been receiving Rs 9,000 a month as per the previous agreement

Today’s agreement has further mentioned that the hotels and resorts will deploy their workers turn-wise. Not all workers will be on duty on a regular basis and the workers who are not asked to report for duty will not be able to claim their wages.

However, the agreement will not be applicable for contract workers, trainees, interns, daily wage workers, part-time workers or outsourced workers.

Based on the agreement, hotels will guarantee staffers’ employment however those wanting to leave their jobs will be able to.

Also, if any worker resigns without giving a one-month notice after the termination of this agreement, the hotel or the resort will cut off their other grants and facilities except the wages that they were supposed to receive.

According to a statement issued by HAN on Wednesday, president of HAN Shreejana Rana signed the agreement with presidents of three trade unions – All Nepal Hotel, Casino and Restaurant Workers Association, Nepal Free Hotel Workers Union, and Nepal Tourism and Hotel Workers Union on Tuesday.

After the COVID-19 pandemic hit the hospitality industry, hoteliers have faced severe problems in operating their hotels. However, the burden has to be carried by the staffers as they are forced to work at a low income due to fear of losing the current job and not getting a new one amid pandemic.

Even though the industry is gradually recovering, the star-rated hotels have been claiming that it will take at least two years to bounce back completely. The hotels have been citing less income to cut-off workers. 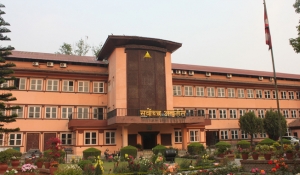 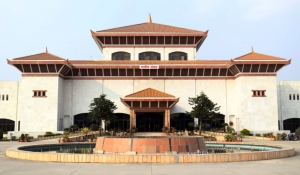 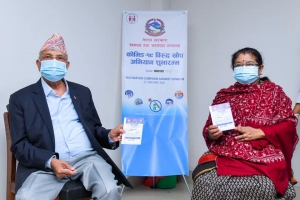 Second phase of vaccination drive kicks off, only elderly above 65 years being inoculated