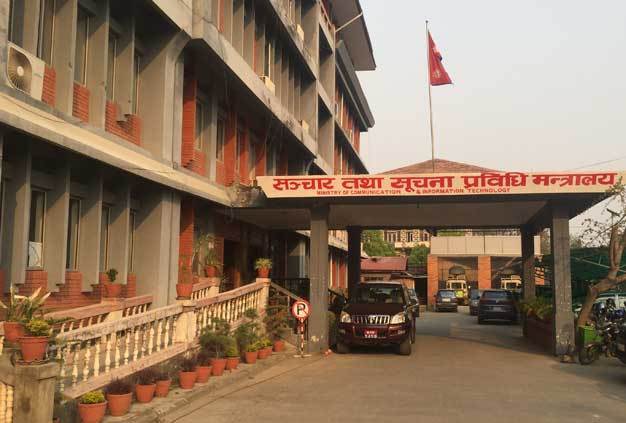 Minister for Finance, Communication and Information Technology Dr. Yuba Raj Khatiwada, on Monday, said the government would sanitise media in order to save the country from social and cultural infection caused by irresponsible media outlets.

Releasing four publications of the Department of Information and Broadcasting at Sanchar Gram on Monday, Minister Khatiwada said the sanitisation would be applied to all types of media, including advertisements.

“The coronavirus pandemic has given us a correct word ‘sanitisation’ which can be used even in media regulation. The Ministry would take initiatives to sanitise the media industry to ensure that only clean, healthy and uninfected content will be allowed to disseminate within the sector to provide responsible and credible information to the public,” Minister Khatiwada said.

“Once the door is open, there will be a chance of entry of both healthy and infected persons in the room. Same thing applies to the media. Currently, regulatory authorities are only screening the health of the media,” he said.

According to Khatiwada, the government will seek legal and technological help to restrict entry of infected media within the journalism sector.

Nepal Telecommunication Authority (NTA) would look after the technical part of the ill-natured media while the Department of Information and Broadcasting and other authorities would look at legal ways to push them away.

“We are in favour of complete press freedom with responsible and credible media,” Khatiwada said, ensuring that the government was committed to press freedom which, according to him, was essential in strengthening democracy.

Khatiwada also stated that a task force will be formed to evaluate the effects of COVID-19 in the media sector so that the government would be able to provide support similar to other service sectors.

Chairman of Press Council, Kishor Shrestha, suggested the government should regulate YouTube channels and other social sites before it creates huge problems in the society and culture.

Govinda Acharya, President of Federation of Nepali Journalists (FNJ), clarified that around 2,000 journalists have already lost their jobs while 5,000 were at the risk of losing work due to the COVID-19 pandemic.

He urged the government to manage subsidised loan to media houses to save themselves and the media personnel.

Acharya urged the government to implement federalism in the media sector as provisioned in the Constitution of Nepal by formulating required laws.

With inputs from National News Agency.