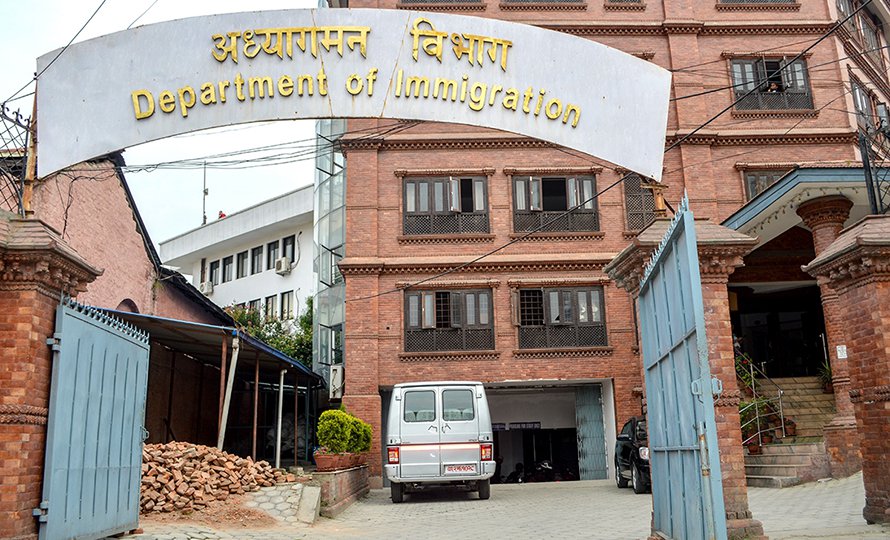 The government has ordered a two-year travel ban on five tourists for violating Nepal’s immigration law by participating in a protest on Saturday.

Nepal Police arrested six foreigners, five of whom were tourists, from Maitighar Mandala during a peaceful apolitical protest organised on June 13 by youths demanding the government to effectively work towards curbing the spread of COVID-19.

Police later handed the arrested over to the Department of Immigration (DoI) for violating Immigration Rules (1994) which bars people on tourist visas from participating in protests. Foreign tourists in Nepal do not enjoy any kind of political rights.

Among the arrested, three Chinese nationals and one American national have been fined Rs 10,000 while one Australian national was fined Rs 20,000.

DoI found that the Australian citizen was involved in taking pictures and videos of the protest.

Meanwhile, one Norwegian woman, staying in the country on marriage visa, has not been prohibited from visiting the country and was released with a fine of Rs 5,000.

Ramesh Kumar KC, Director General of DoI said that all five of them will be sent back to their respective countries after the lockdown is lifted.