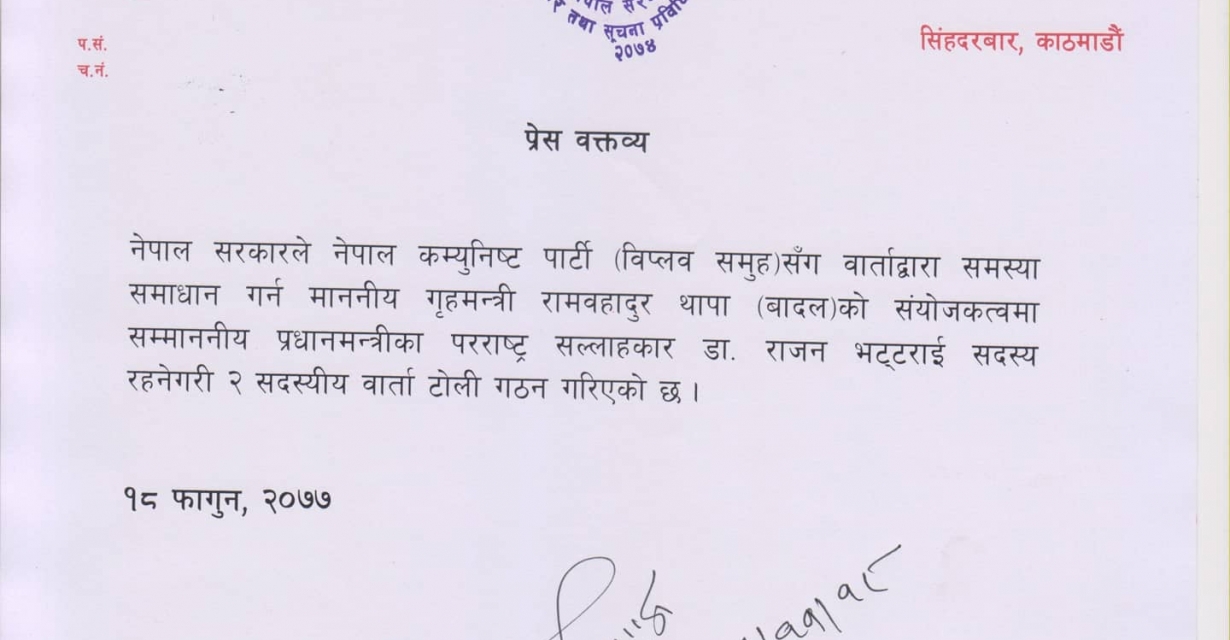 Similarly, the Chand-led outfit has formed a two-member talks team led by its spokesperson Khadga Bahadur Bishwokarma ‘Prakanda’ and Uday Chalaune ‘Deepak’ for talks with the government. 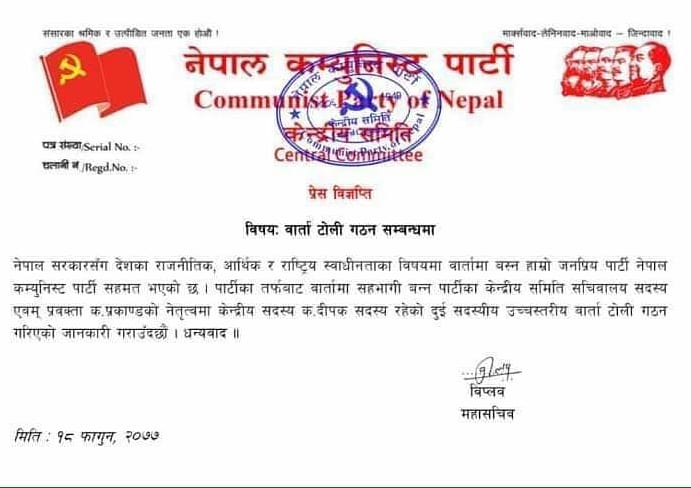 The Oli-led government had decided to ban the Chand-led CPN on March 12, 2019 following a number of explosions in the Capital in which two people were injured.

It has been reported that the first condition put forward by the Chand-led outfit for the talks was that the government release its leaders and activists from prisons, and withdraw cases related to arms possession registered agianst their cadres.

They have also demanded that the government’s ban on the party be lifted.

Information Minister Parbat Gurung, who is also spokesperson of the government, said that dialogue with the Chand-led outfit would be held soon and issues related to possession of arms would be resolved through talks.

About 20 months ago, the government had formed a dialogue committee comprising Som Prasad Pandey, Suresh Alemgar and Leela Bhandari as members to discuss with armed groups including Chand.

However, the government’s negotiating team was dissolved within six months after the Chand-led group refused to sit for talks.

Since its banning, the party had continued its violent path, including thd gruesome murder of a school teacher in Morang on December 8, 2020.