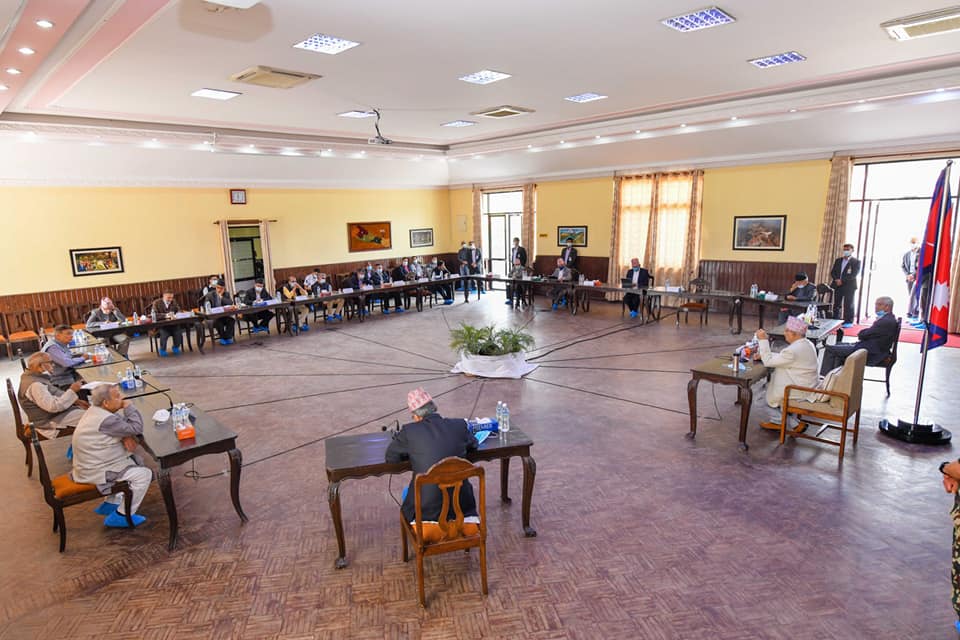 The government has decided to close educational institutions in major cities of the country for the Nepali month of Baisakh.

A cabinet meeting held on Monday morning decided to shut schools for one month in a bid to curb the spread of COVID-19 infection.

The government has decided to shut educational institutions in 14 cities amid a dispute between the health and education ministries over the closure of schools in an effort to control the outbreak of the second wave of the coronavirus pandemic.

The government has ordered to close schools in high-risk cities and make arrangements to conduct virtual classes.

The new variant of COVID-19 is spreading rapidly among children and adolescents.

Minister for Foreign Affairs Pradip Gyawali informed that the Cabinet had decided to close schools in urban areas as per the recommendation of COVID-19 Crisis Management Center.

Similarly, the Cabinet meeting has also decided to issue a 20-point guideline by including precautionary health safety measures, including the provision to not allow gatherings of more than 25 people.

Likewise, the government has decided to prorogue the ongoing winter session of the federal parliament effective from 1:00 pm today.

According to a minister who attended the meeting, the Cabinet has recommended President Bidya Devi Bhandari to prorogue the ongoing session of the federal parliament.

The Office of the President has issued a notice to this effect.

The government had earlier dissolved the federal parliament on December 20, 2020. The ongoing winter session of the parliament began on March 7 after the Supreme Court reinstated the dissolved parliament, calling the dissolution unconstitutional.

But since it is mandatory for the government to endorse the annual budget on May 29, the budget session of the federal parliament will be announced soon, according to ruling party leaders. 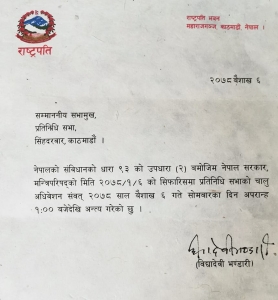 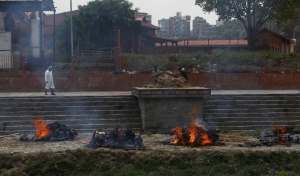 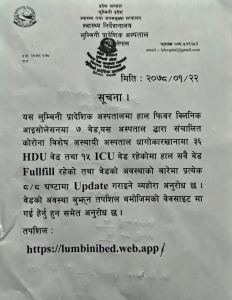